NFL News and Rumors
If you’re an NFL betting fan or avid betting enthusiast that wants to know what’s in store for Andrew Luck and the Indianapolis Colts (11-5 SU, 10-5-1 ATS, 9-7 O/U) as they get set for the upcoming 2015 season, then you’re in for a treat, thanks to this mybookie.ag original analysis on the top five questions surrounding Cleveland heading into training camp.With that said, let’s rock and roll.

1. Is Frank Gore the answer at running back?

The Colts finished a discouraging 22nd in rushing thanks to their failed experiment with underachieving running back Trent Richardson, but there is good news for the rushing attack in the form of veteran Frank Gore and underrated backup Daniel Boom Heron.While Gore is now 32-years-old, he showed no signs of slowing down in 2014 as he rushed for 1,106 yards and four scores while averaging 4.3 yards per carry. Gore has rushed for at least 1,000 yards in four straight seasons and eight of the last nine seasons overall.I believe Gore is the answer the Colts have been looking for at running back and that he will provide the Colts and quarterback Andrew Luck with the offensive balance they’ve been lacking the last few seasons.

2. How much gas does Andre Johnson have left in the tank? 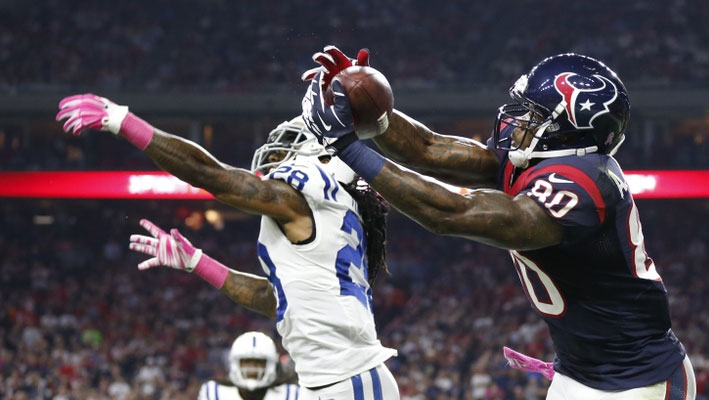 A little bit!I know Andre Johnson caught 85 passes for 936 yards last season after racking up over 1,400 yards in each of the previous two seasons, but Johnson has slowed down considerably since recording consecutive 1,500 yard seasons in 2008 and 2009.The good news is that Johnson will be playing for an elite quarterback that is highly accurate and will get him the ball in positions where he can make plays after the catch.Still, I believe the 33-year-old Andre is aging quicklyJohnson may be 33-years-old now, but he is perfectly suited for the role of a No. 2 starter now and that he and T.Y. Hilton are going to make beautiful music along with Andrew Luck.

3. What’s up with the defense? 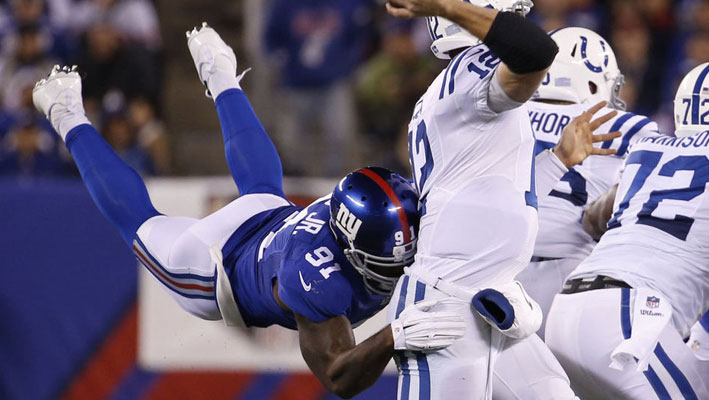 The Colts were pretty solid across the board on defense in 2014, ranking in the middle third in almost every meaningful defensive statistical category including total yards (11th) and pass defense (12th). Indy finished 18th against the run a year ago and I’m not sure they addressed their needs as well as they could have this offseason. Right now, I’m thinking the Colts will be in the middle of the pack defensively again in 2015.DYK Moment!Did You Know that Indianapolis has gone 8-2 SU and 6-3-1 ATS in their last 10 games as a favorite?

4. Is Andrew Luck destined to be ‘new’ Peyton Manning? 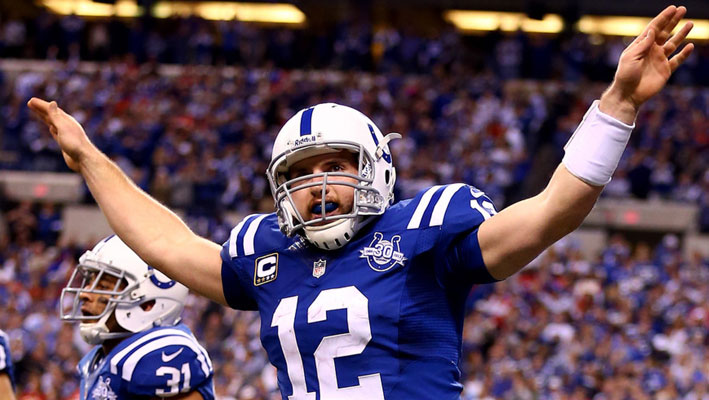 Look, there’s no doubt that Andrew Luck is one of the best quarterbacks in the game today, but he’s had some struggles against Bill Belichick and the New England Patriots that are starting to look eerily similar to many of the defeats that former Colts quarterback Peyton Manning took on the chin when he was leading Indianapolis.Luck had a fantastic campaign in finishing third in passing (4,761 yards) while helping Indianapolis finish third in total offense, first in passing (305.9 ypg) and sixth in scoring (28.6 ppg), but he also laid his second straight postseason stinker against the Pats, leading some to wonder if he’ll figure out how to beat Belichick and Tom Brady.Luck is 0-4 against New England in his career with two regular season and two playoff losses. Luck has completed just 56.1 percent of his passes with four touchdowns and four interceptions against New England in the regular season and an awful 43.2 percent in the postseason with two touchdowns and a whopping six interceptions. 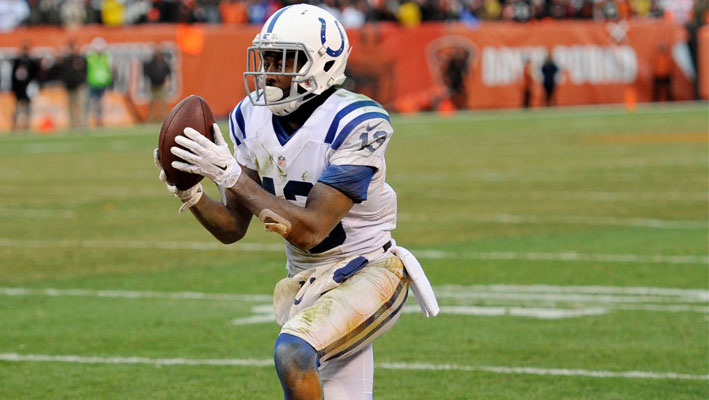 The Colts have the next-to-easiest schedule in the league in 2015 and are virtual locks to reach the postseason. Having said that, I believe Indy is going to be right in the mix to win the AFC conference crown along with a handful of other teams like Pittsburgh, Baltimore and Denver.Right now… I’m penciling the Colts in the AFC title game. If Indy’s defense improves just a wee bit this coming season, then they could very well win the AFC conference crown – and the Super Bowl title.Sources:CBSSports.com: http://www.cbssports.com/nfl/players/playerpage/187741/tom-bradyPro-football-reference.com: http://www.pro-football-reference.com/players/L/LuckAn00.htm
Older post
Newer post