Written by Jordan Walters on December 3, 2014

NFL News and Rumors
There is a bit of a log jam going on over in the AFC, but in the NFC, the elite teams are starting to separate themselves from the pack. There are a number of great division races going on there, though, and that includes the NFC East, where the Dallas Cowboys and Philadelphia Eagles are slugging it out for top billing. The Dallas Cowboys must win against the Chicago Bears, we bring you the TNF Betting and Predictions for this game.Venue: Soldier Field, Chicago, IllinoisDate: Thursday, December 4, 2014Time: 8:25 PM ETTV: ESPNThe Cowboys are at 8-4 and are considered by many to be one of the surprise teams of the season. Their division hopes took a little hot last week when they were basically steamrolled by the Eagles, but they are still very much alive and well in the divisional race, as well as in the Wild Card hunt. They will have a chance to get right back on track this weekend when they face a rather lackluster looking Chicago Bears team. You can never count on anything when conference foes meet, but the Cowboys have to like their chances at Soldier Field, as they are a perfect 5-0 on the road this season. 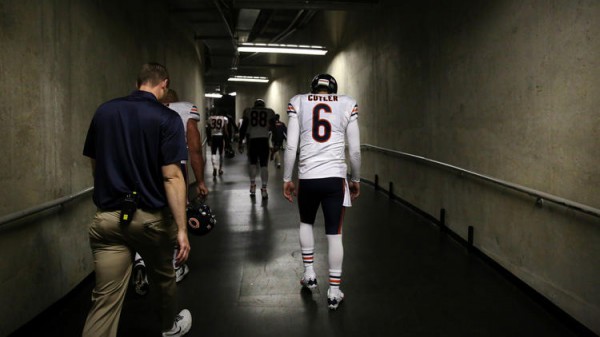 The Bears have been a little more competitive of late, winning 2 of their last 3, albeit against opponents that are struggling just as badly as they are. While they are just 5-7 on the year, it should be noted that 4 of those wins have come against conference opponents, although none of the caliber of this season’s Cowboys. Much of the talk in Chicago this year has been the play of Jay Cutler, but this is a team that has a lot more problems than just the QB position.BETTING ODDSThe fact that the Cowboys are proving to be road warriors this season is more than enough for the bookies to put them in as 4-point favorites. Dallas are just 6-6 ATS this season, and just 2-3 ATS as a favorite. Where they have done well is on the road, where they are 3-1 ATS.There are few bright spots to be found when looking at how Chicago has performed ATS this season, as they are just 5-7 ATS. All of that said, the Bears are 2-0 SU and ATS versus the Cowboys over the past 3 seasons, but these are two teams that look very different from what they did a couple of years back.Game Odds:COWBOYS: -3½-110, OV 51 ½ -110, ML -200BEARS: +3½-110, UN 51 ½ -110, ML +170Dallas has shown that they don’t mind taking their show on the road this year, and are actually playing much better football away from home. I think that trend continues on Thursday night, with the Cowboys winning and covering the spread.
Older post
Newer post