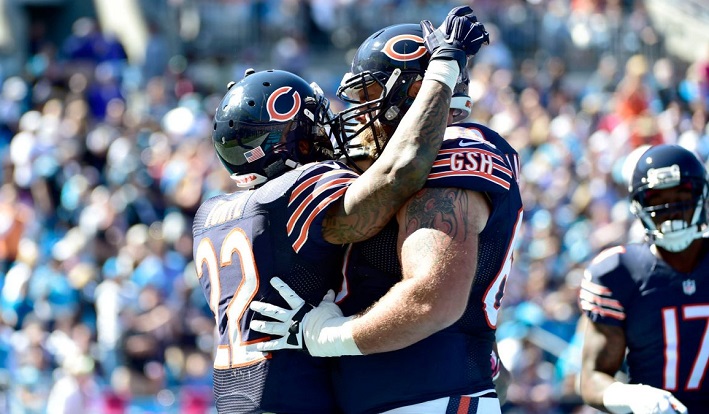 NFL News and Rumors
If you’re a fan or avid NFL football betting enthusiast that wants to know what’s in store for Jay Cutler and the Chicago Bears (5-11 SU, 7-9 ATS, 8-8 O/U) as they get set for the upcoming 2015 season, then you’re in for a treat, thanks to this MyBookie.ag original analysis on the top five questions surrounding Bears. With that said, let’s get started.

Um…hell to the no!Jay Cutler has never been a very good leader or teammate over the course of his enigmatic career with both, Denver and Chicago, but I believe he’s really regressed the past three seasons. Cutler is just 61-58 as a starter in his career and just 1-1 in two playoff appearances, so clearly, the numbers tell the story on Cutler’s mediocrity. Throw in the fact that most of Cutler’s Bears teammates no longer believe he can take them to the Promised Land – and it’s easy to envision Jay Cutler as a backup at some point in the very near future.

I’ve always liked the fiery Jimmy Clausen, but the fact of the matter is that he’s nothing more than a career backup at best. In five seasons, Clausen has made 11 career starts while compiling a dismal 1-10 record in those contests. Clausen played in four games for the Bears last season, making one start – which the Bears promptly lost. Clasuen has thrown five career TD Passes and 10 interceptions. Personally, I think the Bears are in trouble at the quarterback position in 2015.

Can Matt Forte still get it done?

While Matt Forte rushed for 1,038 yards in 2014 to record his third straight 1,000-yard season and fifth in his seven-year career, he also averaged just 3.9 yards per carry. Forte also caught an insane 102 passes for 808 yards as a running back last season and racked up an impressive 1,846 yards from scrimmage in 2014. I believe the 29-year-old superstar remains one of the game’s most versatile running backs around and that he most certainly can still get the job done people. 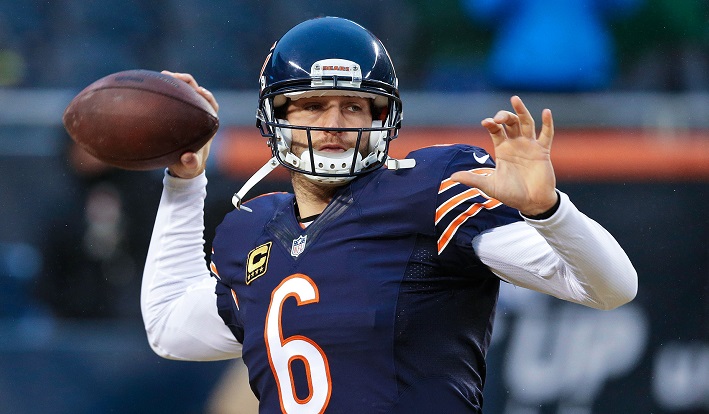 Will the Bears miss Brandon Marshall?

The Bears will definitely miss Marshall’s locker room presence, but as far as on-field production is concerned, I think Chicago will be just fine at the wide receiver position with young star Alshon Jeffrey recording two straight 1,000-yard receiving campaigns the last two seasons and the Bears drafting fleet-footed West Virginia star Kevin White with the 10th overall pick in this year’s draft. As a matter of fact, right now, I’d say that the wide receiver position is an absolute strength for the Bears. Now…if only they could find a competent starting quarterback.

Can John Fox succeed right away?

I’ve always liked John Fox and his 119-89 career coaching record speaks for itself.However, Fox is also just 8-7in 15 career playoff games, including 0-2 in two Super Bowl appearances. The Bears are coming off a five-win season and have a far way to go just to get back to respectability in 2015. I like Fox to help Chicago improve this coming season, but expecting anything more than eight wins at most would be expecting a bit too much if you ask me.Sources:NFL.com (http://www.nfl.com/player/jimmyclausen/497108/profile)Wikipedia.org (https://en.wikipedia.org/wiki/John_Fox_(American_football))
Older post
Newer post