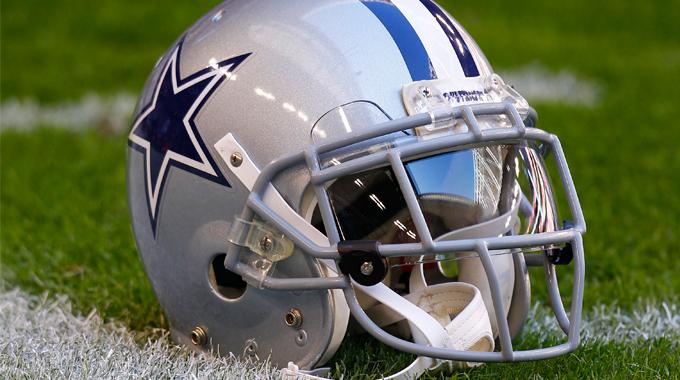 NFL News and Rumors
This is definitely a good time to be a Cowboys fan. Weeks before the start of the 2014 pro football season, no one thought the Dallas Cowboys were a team to consider. In fact, their odds heading to Game 1 weren’t too enticing, but after four full weeks of action, Dallas is slowly becoming a top NFL betting pick for this season. By the time they played the season opener, the Cowboys were projected to win 7.5 games this season, but they have almost covered half of that number after four weeks. Their 3-1 record places them atop of the NFC East, right behind the Philadelphia Eagles, who are also 3-1 this season.They have had a great performance so far, and considering that the expectations for the team were fairly low, their early success has been a huge source of pride for both fans of the Cowboys and the team itself. The fact that the Dallas Cowboys are having a good season isn’t hard to see – the players look more passionate and excited on the pitch and in the locker room than we’ve seen in a long time.  After a 28-17 reverse against the San Francisco 49ers in the season opener, the Cowboys bounced back with three straight wins over the Titans, Rams and the New Orleans Saints, and outscore these three rivals 98-58.Based on those results, the Cowboys seem to be the team that everyone slept on this season. After all, they don’t have the huge stars that many teams possess, and they haven’t exactly had a very good past few years. The past three seasons the team fished 8-8 and didn’t qualify to the playoffs. Back in 2010, the Cowboys finished the season 6–10, 3rd place in the NFC East, and failed to reach the playoffs. Their lat winning campaign came in 2009 when the team finished 11-5, beat the Eagles in the Wild Card game and lost to the Vikings in the Divisional Playoffs.

So how did the Dallas Cowboys become one of the biggest surprises of the year?

Dallas’ success has much to do with the fact that they are a united team and that QB Tony Romo and his offensive line are having an incredible performance on the field. RB DeMarco Murray run for 149 yards and scored two touchdowns on 24 carries against the Saints. WR Terrance Williams catch two touchdown passes. Dallas’ defense is also showing many improvements this year, and by the way it looks, there are many reasons to believe that the defense should get better. DE Anthony Spencer made his season debut against the Saints after a year-long recovery process from a knee surgery. 2012 Pro Bowler and DT Henry Melton is also back after missing most of last season due to a knee injury, recording his first full sack of the season after catching Drew Brees. Defensive end DeMarcus Lawrence will come off the short-term injured reserve after Week 8.As we’ve seen in previous seasons, many of the favorite teams in the NFL show promise due to talent but end up flopping. We’ve seen time and time again that a team that works well together will defeat a much more skilled team that is largely a group of individuals rather than a united team.Another key factor this season is the Dallas Cowboys draft picks. Most people haven’t paid much attention to their picks, the people that they choose aren’t usually big time players (after all they passed up the famous Johnny Manziel), but these players turn out to be great picks that really improve the overall quality of the team.First round pick and former Notre Dame offensive Guard Zach Martin, Defensive end DeMarcus Lawrence, Linebacker Anthony Hitchens, WR Devin Street and the rest of the rookies are boosting the team’s winning performance. These players may not be stars yet, but they make a huge impact when on the field. They provide the often unappreciated yet vitally important “nitty-gritty” work such as protecting the QB or making holes in the defensive line for the running back to run through.They have made some “questionable” picks that worked out well. For instance, consider Jeremy Mincey. Before he found his place in Dallas he was cut from multiple NFL teams. He has turned out to be an important defensive player for the Cowboys.The Dallas Cowboys succeed because everything comes together well. The players work well together and give it their all, draft picks for the past couple years have worked out, and the team is a positive environment. Now, Dallas is 20-1 to win Super Bowl XLIX and 11-1 to win the NFC Championship. At this point of the season the team offers more NFL betting value than most so called favorites, and it’s starting to become a top football pick for bettors around the nation. So keep an eye on ‘em, and don’t be surprised if they clinch their pass to the playoffs weeks before the regular season ends.
Older post
Newer post