NFL News and Rumors
Let’s make two things clear about this Deflategate thing—first, apart from New England’s fans, nobody else is feeling sorry for Tom Brady and his suspension. So, all you so-called pundits out there trying to force sympathy out of us with your twisted logics and all, stop wasting your time and get something better to lobby for. Second, whereas all the blame seems to be focused on Brady, the bottom line is that the Deflategate scandals is bigger than the Patriots quarterback, as it involved several parties. For the sake of fairness, Patriots Coach Bill Belichick, team owner Robert Kraft and the entire New England organization should have also been relevantly charged by the league, as the scandal happened under their watch and there is damning evidence to implicate them criminally. Did I say Belichick and his employer should be charged? My bad, scratch that because it is not going to happen… Not when NFL executive VP Troy Vincent and Commissioner Roger Goodell are known to be masters of double-standard rulings and specialists at shifting the integrity goal posts to suit their needs. That leaves just about one thing to talk about—the aftermath of the scandal and how it is likely to affect the NFL in the 2015 season, so let’s get it over with and close the Deflategate chapter once and for all.

With Tom Brady suspended for at least the first four games of the 2015 season, there is a likelihood that the Pats will struggle in those games, giving the other members of its division and conference a chance for a head start. In the AFC East Division, the Pats should have enough time to recover from a slow start to finish strongly and earn the division title. However, taking into account the close clatter of teams like New England, Denver, Indianapolis, Pittsburgh and Cincinnati at the helm of last season’s AFC Conference, any slight slip or slow start to the season could hugely impact the final regular-season order of team finishes in the conference. 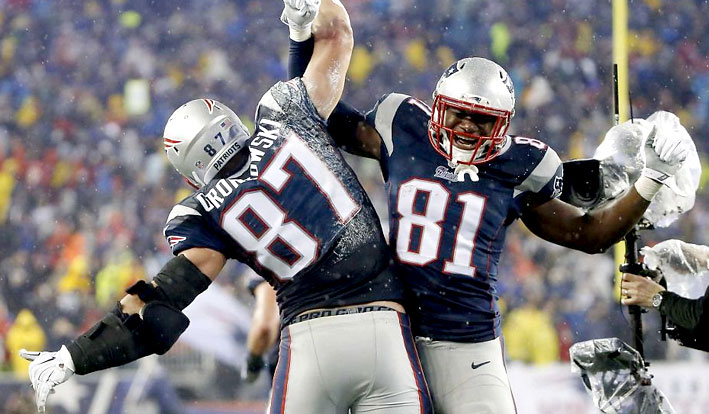 In fact, assessing the schedules for all teams in the AFC, the Pats are very likely not to finish with the best conference record if Brady is unavailable at the start of the season. So, when you are betting on the NFL season totals, be sure to consider that.

The effect of Brady’s rather “soft” suspension and a whole lot of other issues swept under the carpet, including some of the heavily implicated people not getting punished at all, we could be having more cases of cheating in 2015. This is because some individuals or teams will be feeling that, even if they cheat and get caught, they’ll probably just get away with a slap on the wrist like Brady and the Pats. After all, this is not the first team Bill Belichick and his team has been involved in a high-profile scandal, so harsher punitive measures would have been more appropriate to send a lasting message to them.

Who are the Real Winners in the Deflategate Scandal?

With the Pats and some of the “guilty” parties in the scandal not facing any penalties, you would consider that as a win, especially because the Pats eventually won the Super Bowl and retained it, despite using underinflated footballs which duly favored Brady and his team in the AFC Championship game. 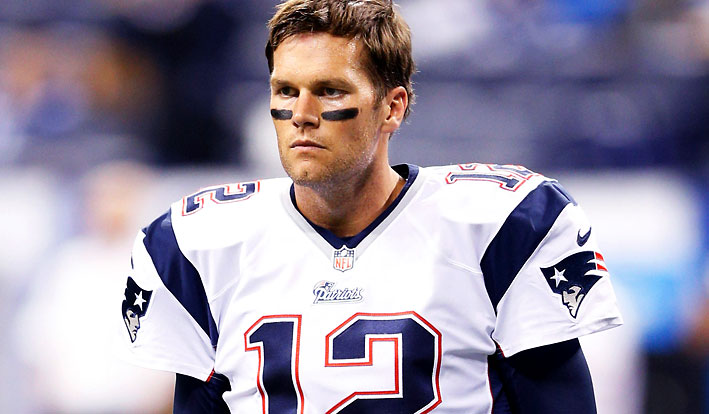 Also, the AFC East will benefit slightly if Brady misses a couple of games, with the top-tier members of the AFC Conference probably benefiting more from Brady’s suspension. But according our assessments, the biggest winners of all in light of the scandal and its shakeup on the NFL odds is you—the NFL bettor. Starting with the season opener against the Steelers, there is a good chance that bettors will be rewarded by betting against the Pats, just in the same way betting against the Pats finishing as the top-seeded in the team looks highly likely to be a winning bet. Still, if you feel that the Pats still have it in them to go the distance all the way to the Super Bowl game in 2016, then the reduced price of New England in the NFL Futures should be able to appeal to you. Either way, there is a lot of money to be made in the aftermath of the scandal and the measures taken against the Patriots, so ensure that you stay updated on the future developments of the case. Sources NFL.com (http://www.nfl.com/videos/a-football-life/09000d5d821d0244/Bill-Belichick-A-Football-Life) DenverPost.com (http://www.denverpost.com/broncos/ci_28094423/tom-brady-suspended-first-4-games-nfl-season)
Older post
Newer post