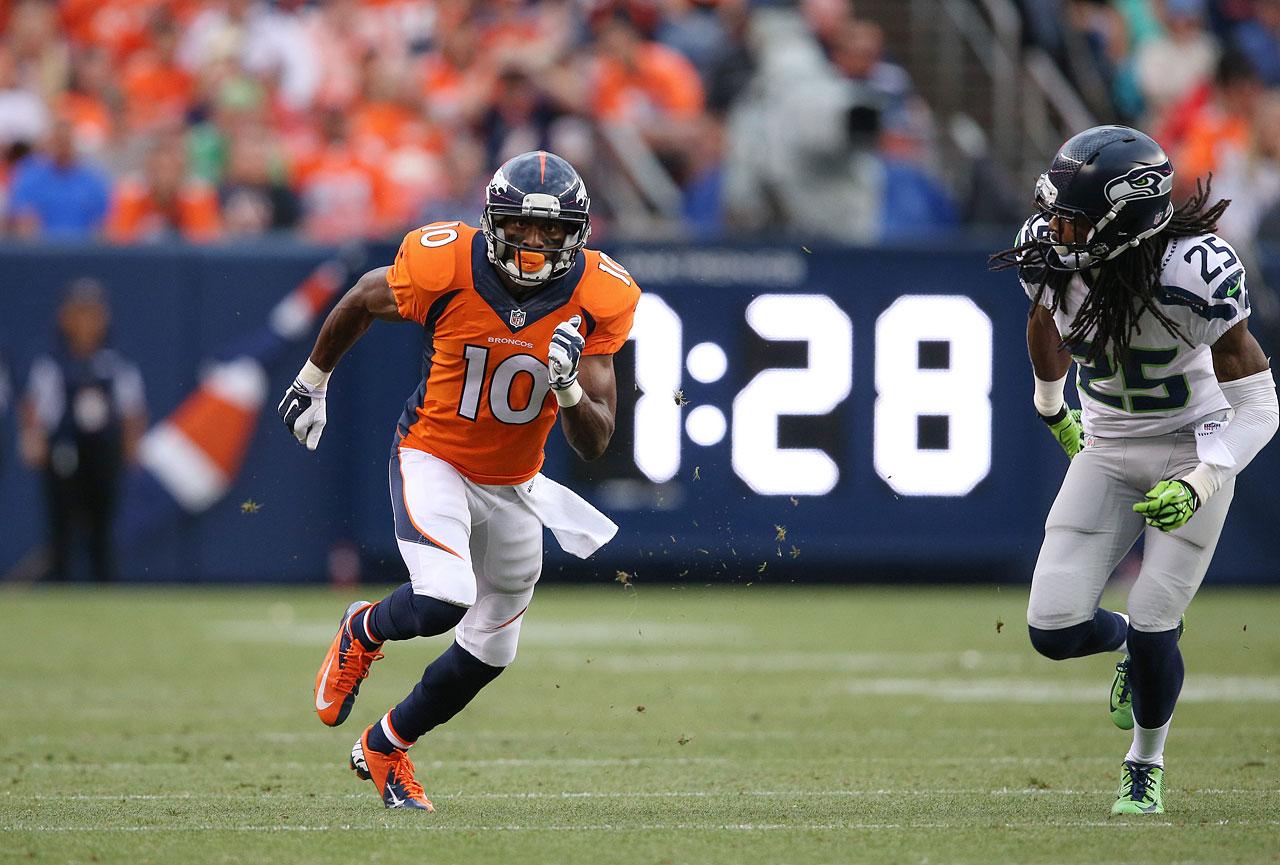 NFL News and Rumors
It has only been eight short months since the Broncos lost the Super Bowl to the Seahawks and this weekend the NFL schedule makers have blessed us with the rematch. The Denver Broncoks will be in Seattle to face the Seahawks at CenturyLink Field.

Game Time: 4:25 PMTV Info : CBSNFL Spread: Seattle -3.5Game Total: 48.5The Seahawks (1-1 SU & 1-1 ATS) needs to bounce back after a 31-20 loss against the San Diego Chargers last Sunday as they were held to just 17:45 minutes in the time possession. The Broncos (2-0 SU & 0-2 ATS) are undefeated in two weeks, but both times they were unable to cover large spreads as the Indianapolis Colts and the Kansas City Chiefs came within a play of two to tie the games on both occasions.After the 43-8 embarrassing loss against the Seahawks in Super Bowl 48, the Broncos are 5 point dogs in the NFL odds, and this is only the 5 th time this has happened since QB Peyton Manning wears orange.

What you might remember about Super Bowl 48 is Broncos QB Peyton Manning being picked off twice in the game (one pick-6) and one safety against Denver due to bad snap in the first play of the game, but most people don’t realize the Broncos running game was a complete none factor in the game recording only 27 rushing yards in 14 attempts.Manning threw the ball 49 times that night at MetLife stadium and he completed 34 passes for 280 yards and a touchdown besides the two interceptions, and he was sacked just one time despite the constant pressure.Despite playing only one game in the 2013 regular season, the Seahawks WR Percy Harvin was the x-factor in the Super Bowl as he touched the ball four times for a 137 all-purpose yards on the night, including an 87 kickoff return for a touchdown.Broncos Wes Welker will be back in the lineup after a two games suspension; he was the second most targeted player in the Super Bowl by Peyton Manning (8 rec, 84 yards, 0 TD), only behind Demaryius Thomas (13 rec, 118 yards, 1 TD).

The Seahawks offense is a running first unit with RB Marshawn Lynch, the scrambling abilities of QB Russell Wilson and the recent addition of WR Percy Harvin in their game plan. Seattle averages 157.5 rushing yards per game (4th best in the NFL), but the Broncos defense is ranked 10th best in the league allowing 93.5 an average of rushing yards per game against this season.

Should You Bet The Broncos?

Broncos QB Peyton Manning has thrown six touchdowns in two games in this season, four of them to TD Julius Thomas. In the Seahawks 30-21 loss against the Chargers last week, TE Antonio Gates caught 7 balls for 96 yards and 3 TDs.