NFL News and Rumors
With their first preseason game in the books, NFL betting enthusiasts everywhere will get a helpful hand in their quest to cash in consistently, thanks to my expert analysis on three things I learned about the Denver Broncos following their narrow 22-20 Week 1 preseason win over the Seattle Seahawks. With Week 2 of the scrimmage season quickly approaching, let’s get started.

If I said it once, I’ve said it a million times. Denver backup quarterback Brock Osweiler is pretty damned good…as in good enough to start for a bunch of quarterback-needy teams.Osweiler torched Seattle’s defense repeatedly in leading the Broncos to scores on all five of their first-half possessions – and no I don’t care that it came mostly against Seattle’s second-string defense. Osweiler completed 15 of 20 passes for 151 yards and one touchdown before exiting after one half of work while finishing with an incendiary 112.7 quarterback rating. Whenever Peyton Manning decides to hang up his cleats, it looks like the Broncos will be in capable hands if they keep the promising Brock Osweiler in the fold.

When Pro Bowl caliber tight end Julius Thomas bolted for the bigger bucks that Jacksonville offered this offseason, it looked like the Broncos could potentially have a tough time replacing the catch-first receiver. However, after watching veteran tight end Virgil Green haul in a team-high five passes for 45 yards, including a nifty 17-yard first-half touchdown grab, I suddenly think the Broncos won’t miss Thomas nearly as much as I originally anticipated.While Green has recorded just 23 catches in his five seasons in the league, the 27-year-old seventh round pick draft pick (2011) out of Nevada sure looked comfortable as less of a blocker and more of a pass-catching end. I guess I shouldn’t be surprised seeing as how Green hauled in five TD receptions in his junior and senior seasons at Nevada.

You remember that old school rap song, ‘Baby Got Back?’Well, the Denver Broncos have got backs people, as in a s#*t-load of talented running backs, several of whom look like they could start elsewhere. The Broncos plan to start third-year veteran C.J. Anderson and that doesn’t look like a bad idea seeing as how he rushed for 849 yards and eight touchdowns last season and has a healthy career average of 4.8 yards per carry.Following Anderson on the depth chart is former Wisconsin star Montee Ball, but the third-year backup entered last season as the starter before being replaced by Anderson and could very well be surpassed by another third-year veteran in Ronnie Hillman.The former San Diego State star led all Broncos backs in rushing in their preseason opener and showed a level of elusiveness that none of the other backs did in racking up 66 rushing yards on eight carries (8.3 ypc), including a nifty 23-yard scamper.The Broncos also like younger backs Juwan Thompson and Jeremy Stewart, though each had a rough outing in Denver’s preseason opener. 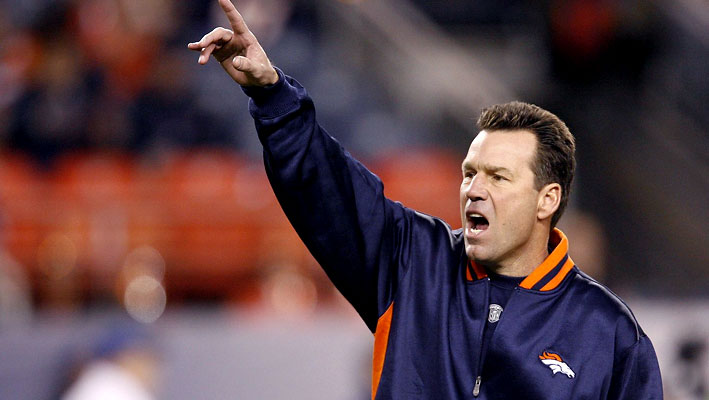 The Broncos will run the ball a lot more this season under head coach Gary Kubiak and the coach spoke on the quality depth of his running back unit following his team’s narrow 22-20 preseason-opening win over Seattle.“(Anderson) is doing his job. But I think after that, I think on any given day, I think it’s been deep as far as watching all of them — not just Ronnie and Montee. … We’re going to play them all.”Kubiak then singled out Hillman for his Week 1 performance.“Ronnie’s got that gear, maybe that the other guys in our group don’t have in terms of getting the ball to the edge and those type of things,” Kubiak said.
Older post
Newer post