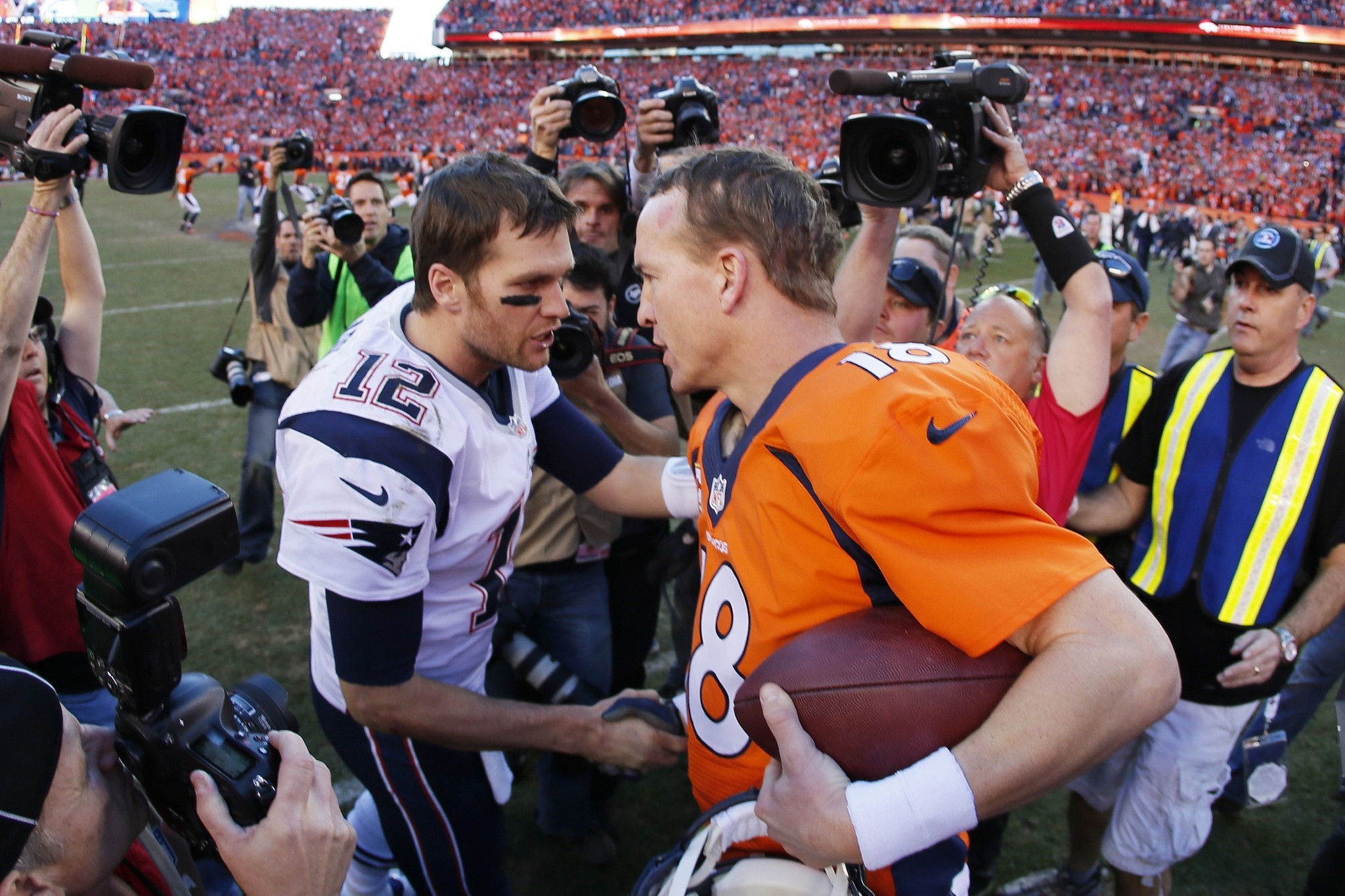 The Denver Broncos visit the New England Patriots in the regular season for the third straight year. As usual, it’s one of the most highly anticipated games on the NFL schedule.

Sunday’s game will mark the 16th time that quarterbacks Tom Brady and Peyton Manning square off head-to-head, with Brady holding an overwhelming 10-5 edge. This will be the first matchup in NFL history among opposing starting quarterbacks who had at least 150 career regular-season wins entering the game.

With both teams battling the top of the AFC once again, it will be hard to set this matchup with higher stakes.

#Broncos & #Patriots have some solid fantasy plays this week. Remember: @FFLonNBCSN starts at 6 PM ET right after us. pic.twitter.com/0wuVjjKjlm

Should Brady and the Pats be afraid? Sure, but since the embarrassing Monday Night Football loss to Kansas City, Brady and the Pats have been up to their usual tricks, the QB is on a streak of completing 100 of 144 passes for 14 TDs without a pick while his team averages 39.5 points per game, and 427.8 yards per game, 314.0 coming via the pass.

Overall, Manning averages 291 yards per game every time he faces the Patriots with Brady under center and has thrown 31 TDs and 20 INTs, completing 63% of his passes. However, Peyton has a 2-7 record at Gillette Stadium (including playoffs) when facing Brady with 18 TDs thrown and 15 INTs.

The Patriots are the team that has intercepted Peyton the most in the regular season, with 24 interceptions (including games where Brady wasn’t the Patriots QB).

Brady’s first victory as an NFL starting QB came against Peyton when he played for the Colts in 2001. Brady averages 245 passing yards per game when facing a team led by Manning, and has thrown 27 TDs and 12 INTs in those 15 meetings, completing 67% of his passes.

Brady leads the series against Manning 2-1 with Peyton as the QB in Denver, but keep in mind the only team in the NFL with a positive over Tom on his career are the Broncos (4 W- 5L).

The NFL betting odds have the Broncos listed as three-point favorites despite the game is at Gillette Stadium. This is the fifth time on Manning’s career where he walks into Foxborough as a favorite, and he has a 1-3 record ATS in those previous four games.

The against the spread betting trends have the Brady covering eight of their matchups versus the Manning who has covered 6 in his time with the Colts and the Broncos. For those of you keeping count, there was one ATS push.