NFL News and Rumors
The Detroit Lions (1-1 in preseason play) will be bidding for their second preseason win in the NFL lines when they take on the Jacksonville Jaguars, who are similarly 1-1 in preseason play. With both teams coming off losses in their Week 2 games after winning in Week 1, which of the two teams will be emerging victorious at the EverBank Field this Friday? Read on, as we give an NFL betting breakdown of this matchup:Venue: EverBank Field, JacksonvilleDate: Friday, August 28, 2015Time: 8:00 PM ETTV: CBS and WJXT (4 – Jacksonville)

#CareerGoals Lions RB Winn will move out of parents’ basement if he makes team – http://t.co/11RICkqqbx pic.twitter.com/4gPnSGf7bu

Despite completing 13 of 17 passes for 118 yards and two touchdowns, Detroit’s backup QB Dan Orlovsky could not lead the Lions to a win last week, as they suffered a 21-17 loss to the Washington Redskins. Starting QB Matt Stafford threw just 10 balls, completing 6 of 8 passes for 78 yards, and from the look of things, he will be getting more reps on the field this week in readiness for the new season. Orlovsky will be serving as his main backup ahead of backup QB Kellen Moore, who hasn’t done much in his time on the field so far. 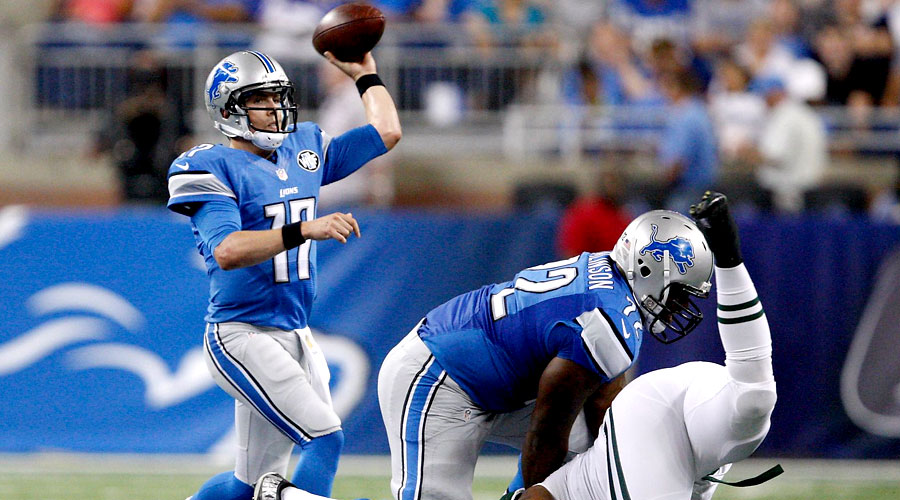 Like in Week 1, Detroit’s running game continued to do well last week, as undrafted rookie Zach Zenner rushed for 22 yards in four attempts and George Winn added 10 yards in three runs. Interestingly, Zenner has also been doing well on the receiving end, collecting 60 receiving yards and a touchdown in his two games so far in the preseason. Rookie RB Ameer Abdullah, who is projected as the starter in Week 1, has also been doing well, racking up 74 rushing yards on nine carries. After receiving limited time on the field in Week 2, the expectation is that Abdullah will be getting more time on the field this week.Meanwhile, Detroit’s star receiver Calvin Johnson (who missed the first two preseason games) is healthy, but the team is cautious about playing him on the field, so he’ll probably sit out of Friday’s game once again. 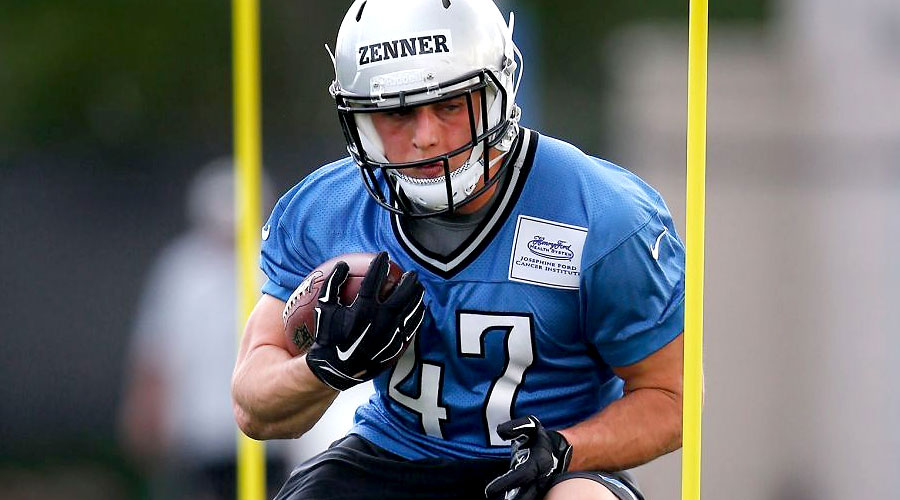 In the defense, it is worth noting that, in the preseason, the Lions are led by Travis Lewis (who has collected 11 tackles), followed by Jermelle Cudjo (three tackles for loss). In the two games, the defense has racked up four sacks, often starting the game slowly and then playing well in the second half. Essentially, that’s the reason the Lions have allowed a total of just 14 second half points in the two games.Conversely, the Jags are coming off a 22-12 loss to the New York Giants in Week 2 of the NFL preseason. Starting QB Blake Bortles completed 8 of 16 passes for 98, bringing his numbers to 31 thrown passes for more than 200 yards in his limited time on the field in the two preseason games. Backup QB Jeff Tuel completed 6 of 11 passes for 63 yards. Both QBs will probably get their fair share time on the field once again, with Bortles claiming the lion’s share of the reps. 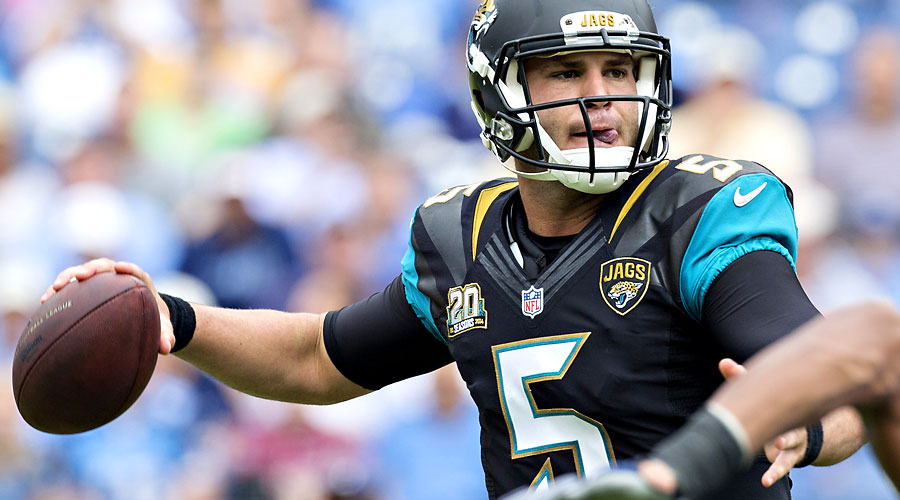 Even more notably for Jacksonville fans, rookie running back T.J. Yeldon is set to make his NFL debut on Friday night after missing the first two exhibition games due to a sprained finger. “I’ve been waiting for this since I was little, so I’m excited to get out there and play with the team,” said Yeldon on Monday.The 36th overall selection in the 2015 draft has shown a lot of promise in training and his presence in Friday’s game will be a big boost to Jacksonville’s offensive, along with Denard Robinson who leads the team with 41 rushing yards in the preseason and WR Allen Robinson, a player that is coming off a solid performance that saw him tally 64 receiving yards. 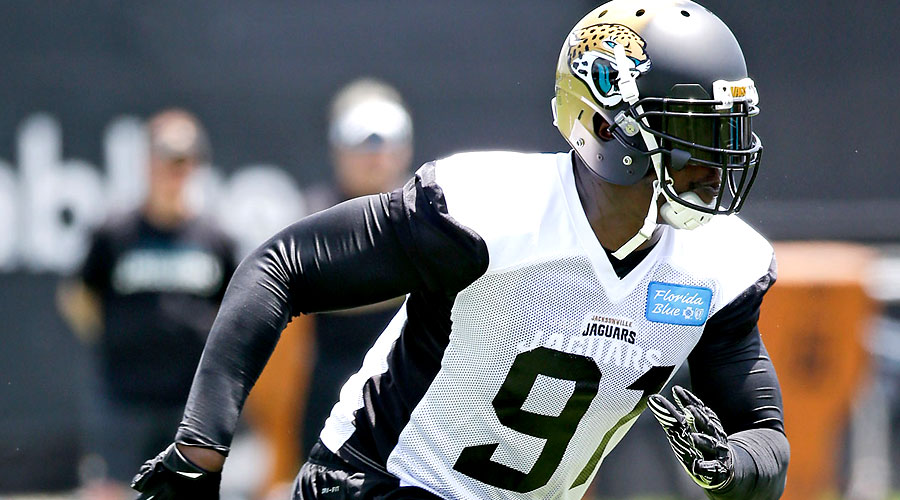 Defensively, the Jags will welcome the return of defensive end Chris Clemons, as they seek to plug their leaky defense that has allowed a total of 43 points in the two preseason games they’ve played so far. Jeremiah George leads the team in preseason with 14 tackles, John Lotulelei has chipped in with two pass deflections, while Nordly Capi has collected two of the team’s three sacks thus far.Unfortunately for the Jags, several players suffered injuries during the loss to the Giants, and according to ESPN’s Mike DiRocco, the team could be without as many as 7 injured players from last week, something that could hurt their competitiveness.

On paper, Detroit is stronger in terms of overall talent on both ends of the field, but the Jags backups have been doing decently in the preseason, hence they should not be counted out. Still, the Lions should be able to win this game, going by the fact that a good number of key players in the Jacksonville roster will be missing, which will probably give Detroit an upper hand. Prediction: Detroit gets SU and ATS, Total: UNDER 42.5.SourcesESPN.com (http://espn.go.com/blog/nflnation/post/_/id/175681/jaguars-likely-without-seven-players-for-game-against-detroit)Freep.com (http://www.freep.com/story/sports/nfl/lions/2015/08/25/calvin-johnson-detroit-lions/32333701/)
Older post
Newer post