NFL News and Rumors
While Dez Bryant did show up in the stands at a minicamp activity for the Dallas Cowboys, he did not come down to the field – a sign that he is continuing to hold out for a long-term contract rather than accepting his designation as the team’s franchise player for the 2015 season. Of course, his Twitter account was an even more convincing sign, as he had this to say: “Everybody voicing opinions…13 mil is cool but Where is my security? I’ll wait…5 years without complaining. So how am I selfish? #family 1”

Sunday Night will be @dallascowboys night according to @DezBryant! #SNF pic.twitter.com/B1PrTukc1s

Of course, to the average NFL betting fan, getting $13 million for a season of playing professional football might seem like plenty of security as it is. But it’s likely that Dez was responding to the recent comments of former Cowboys fullback Daryl Johnston, who called Bryant selfish and said he was putting his own interests ahead of those of the team.Here’s the deal: the reason why Bryant hasn’t signed his franchise tag paperwork and reported to work is the same reason why just about everybody who’s gotten the franchise tag and hasn’t shown up has held out. This isn’t a new situation, and there are even other players in the league this year playing a similar waiting game: Jason Pierre-Paul, the Giants’ defensive end, and Demaryius Thomas, the Broncos’ wide receiver. 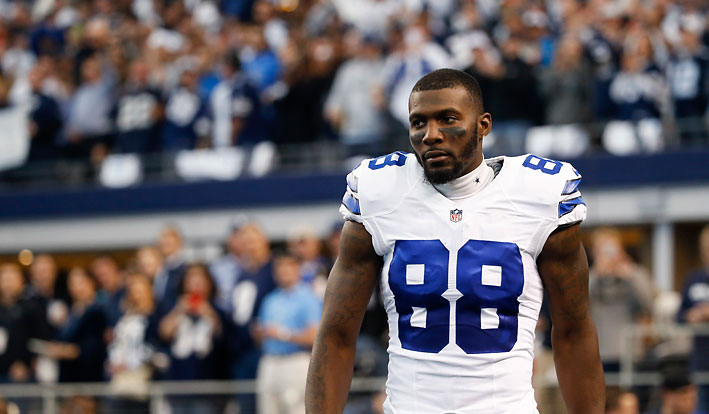 In the media, both Bryant and the Cowboys appear to be saying the same thing. Bryant has said many times that he would love to retire having played his whole career in Dallas, and team owner Jerry Jones has also repeated that he wants to see Dez in the silver and blue for his entire career.The problem, though, is how to determine what a top-flight receiver like Dez should get in a long-term contract under the terms of the new collective bargaining agreement. As Stephen Jones puts it, contract negotiations also have a business side, and the team and Dez are having a hard time coming to agreement about what is fair. Right now, Calvin Johnson and Larry Fitzgerald are the two highest paid wide receivers in the league, both making more than $15 million per season. Dez would like to get a similar contract.The Cowboys are countering that those two players had high pay as rookies because of their draft position, which the franchise tag also considered. Since those two contracts, though, the others have made between $11 and $12.5 million per season – a lot less than what those top two are making. The contract with Dez will get signed when the team and Dez’s agent come to more of an agreement as to what that contract should resemble. 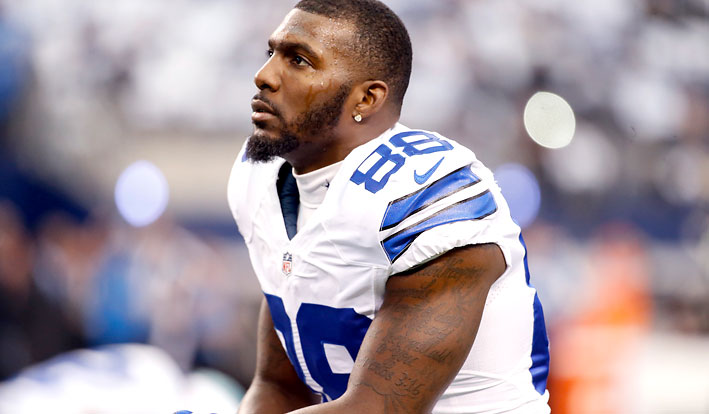 Right now, Mike Wallace has a contract giving him an average of $12 million per year. Dez feels like he’s more talented than Wallace – and he’s right. Calvin Johnson has a contract worth $113 million over seven years, so a little over $16 million per season. Bryant feels like he’s closer in talent to Megatron than he is to Mike Wallace. Since 2010, no one else has scored more receiving touchdowns than Dez has (56), and only Arian Foster and Marshawn Lynch have scored more touchdowns overall. He only ranked 11th in targeted passes in 2014, but he led the league in touchdowns with 16. The next highest player had 13 receiving touchdowns. He’s had at least 88 catches, 12 touchdowns and 1,233 yards in each of the past three years. Only seven players have done that on multiple occasions – and he’s done it three times in a row. So his position is understandable – but so is the Cowboys’ – who have overpaid wide receivers in the past (hello, Terrell Owens). So what will happen? The Texas standoff won’t end anytime soon.SourcesESPN.com (http://espn.go.com/nfl/player/_/id/13216/demaryius-thomas)NFL.com (http://www.nfl.com/player/calvinjohnson/2495647/profile)
Older post
Newer post