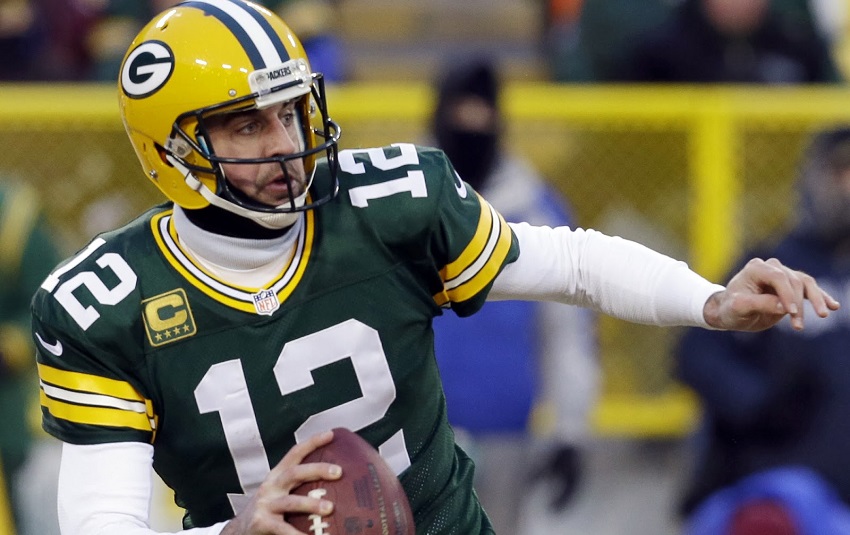 Written by Jordan Walters on January 8, 2015

NFL News and Rumors
The teams that make it into the Divisional playoffs in the NFL, particularly the top 2 seeds in each conference, usually make it there on the strength of a solid home record and favorable football betting odds. Green Bay are the perfect example of that this season, but their opponents this weekend, the Dallas Cowboys, have gone about things a little differently.
NFL Second Round Playoffs
Date/Time: Sunday, January 11, 1:05 PM
Location: Lambeau Field, Green Bay, WisconsinTV: FoxSpread: -6
When Jerry Jones built the new stadium in Dallas, I imagine he believed he was putting together a massive shrine where his team would rule over every team that dared set foot inside that behemoth. Things haven’t really shaken out that way, as the Cowboys have been a much better team on the road this season. They went unbeaten on their travels, and did enough at home to win the division and land a spot in the Wild Card. They are going to have to call upon some of that road magic again this weekend as they make the tough trip to Lambeau Field.The Green Bay Packers were a perfect 8-0 at home this season, which would make them very clear favorites here were it not for the fact that Dallas were unbeaten on the road. The Packers are sure to be thankful for the week off last weekend, as it will have given QB Aaron Rodgers some time to rest that dodgy calf injury sustained against the Detroit Lions. As always happens in the playoffs, the seriousness of that injury has been totally downplayed, but you can bet there are some real concerns among the cheese head faithful.

Their home field dominance this season was impressive enough that the bookies made the Packers a 6-point favorite this weekend. Not only were the Packers great straight up at home this year, they also managed to go 6-1 ATS. Before you get too carried away with those home stats, take a look at what the Cowboys did on the road outside of the wins. They also managed to go 6-1 ATS when heading into hostile territory. This is a game where something is going to have to give. Of the 4 games that are being played this weekend, this is the one that I am looking forward to the most. As much as I think the Packers will pull out the win, I would not be stunned to see it go the other way. That is why I like the Cowboys +6.
Older post
Newer post