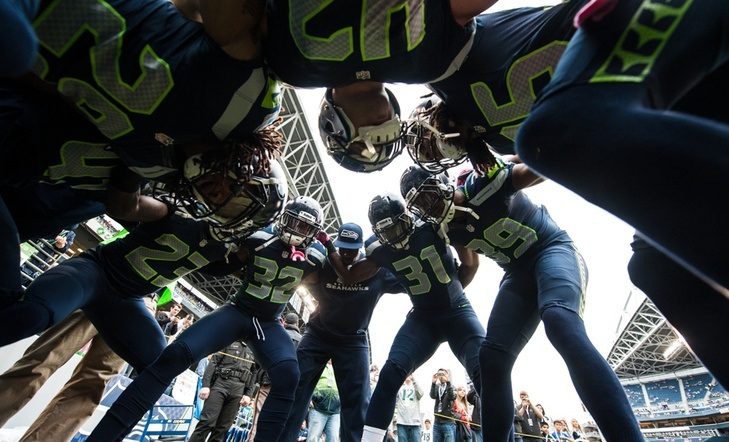 NFL News and Rumors
One of the major benefits of landing the top seed in the conference is that any and all contenders have to come to you. That is a bigger bonus for some teams than others, and it’s fair to say that no team benefits more from home field advantage than the Seattle Seahawks. Anyone looking to knock off the reigning champ is going to have to go through them and the 12th man, and that has been a factor that has favored the Seahawks in the regular and postseason NFL lines and odds.
NFL Second Round Playoffs
Date/Time: Saturday, January 10, 8:15 PM
Location: CenturyLink Field, Seattle, Washington
When you look at Seattle, you have a hard time picking out a single glaring weakness. Yes, you could say that they do not have a receiving group that sets the world on fire, but when you have Marshawn Lynch carrying the rock in “Beast Mode,” you can generally get by with a group of serviceable yet unspectacular receivers. It also helps that Russell Wilson can make plays with his arm and his legs. The real strength of this team, though, is that defense. They simply don’t allow teams to get anything major, which is tough when playing from behind, which is likely what the Carolina Panthers are going to have to do.
The Panthers are almost the forgotten team in the playoffs, carrying the burden of ridicule for making it in with a sub .500 record. Say what you will about this team, but they won every game they had to coming down the stretch, and then did what they had to do against a wounded Arizona Cardinals team in the Wild Card game. This weekend is an altogether different proposition, though, as their offense is going to have to be nothing short of perfect if they want to break down the “Legion of Boom.”

It’s no real shock to anyone that the Seahawks have been made 10.5-point home favorites for this match-up. Seattle went 10-6 ATS this season, but more importantly they were 6-2 ATS at home. Furthermore, this is a team that is 24-2 SU at home over the past 3 seasons. The Carolina Panthers have gone 9-8 ATS to this point in the season, compiling a 4-4 ATS record on the road. These two actually met earlier in the season, with Seattle scraping out a 13-9 win. That was before the champions hit their stride, though, so it’s tough to say how much stock we can put in that game.This game presents a situation where the numbers just don’t lie. The Seahawks  have a much better record than Carolina, but at home, they are nothing short of great. I think they win this one going away, but the large NFL point spread may be a problem for betting fans going after Seattle against the spread.
Older post
Newer post