NFL News and Rumors
The New York Jets may have lost four of their last games coming into their Week 12 AFC East division NFL betting matchup against the Miami Dolphins, but I believe the J-E-T-S are the easy pick to win and cash in this weekend. Here’s why!

.@eallenjets (biceps injury) is on short-term IR. So he embraced a new Q&A format >> https://t.co/gcOMQuRPWt pic.twitter.com/nqgfRjZism

The Jets have lost two straight and four of five to see their playoff hopes take a huge hit in head coach Todd Bowles’ first season in the Big Apple. The Jets were man-handled in their 24-17 Week 11 loss against Houston and failed to cover the spread as a 4-point road favorite. Making matters even worse for the Jets is the fact that they’ll likely be without starting cornerback Darrelle Revis and center Nick Mangold in this must-win matchup. Mangold suffered a severe cut on his hand last week and will sit this one out while Revis sustained a concussion in last week’s loss at Houston. The good news is that the Jets already routed Miami once this season and should be able to duplicate that feat in my opinion. Veteran quarterback Ryan Fitzpatrick has thrown four interceptions in the last two weeks but still has the confidence of Bowles. “I don’t think a lot of throws are Ryan’s fault,” Bowles said. “When you have a quarterback, you have to look at the overall scheme, not just the quarterback and as far as things are getting done, and a lot of times we just need to get on the same page. I think Ryan made some good throws. I thought he made some bad ones as well. But you don’t give up on a quarterback just like that, because overall what he’s done this year, he still proved he can do that going forward.”

Miami has lost three of its last four games including a humbling 24-14 loss against Dallas in Week 1 while never coming close to covering the spread as a 2.5-point home underdog just as I predicted. Now, the Fins are desperate, but they’ve almost assuredly ended any chance that interim head coach Dan Campbell would be named as the team’s permanent coach moving forward. “We’ve still got a chance,” Vernon said. “We’re not making up any fairy tale. We know what we’ve got to do.” Quarterback Ryan Tannehill completed 13 of 24 passes for 188 yards with two touchdowns and one interception while running back Lamar Miller was limited to just 44 rushing yards in the loss. Defensively, the Fins allowed Dallas quarterback Tony Romo to throw two touchdown passes while letting veteran running back Darren McFadden rush for 129 yards on 29 carries. 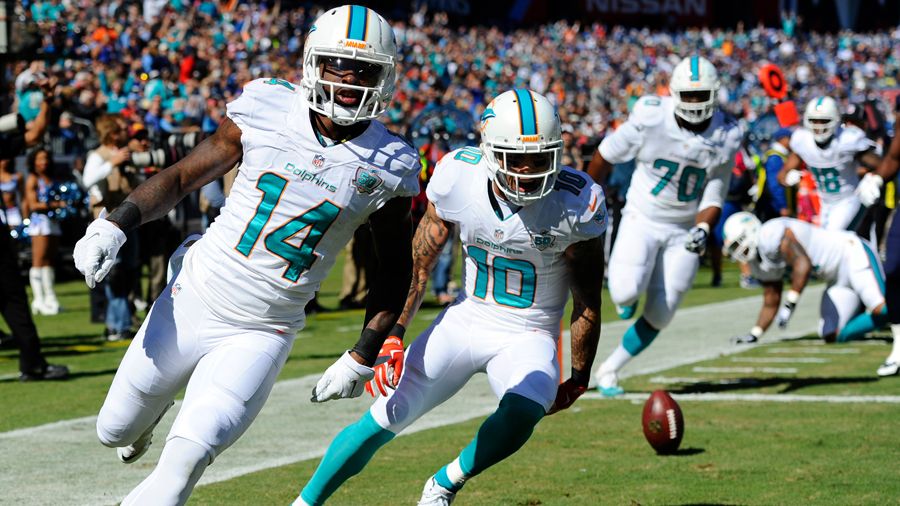