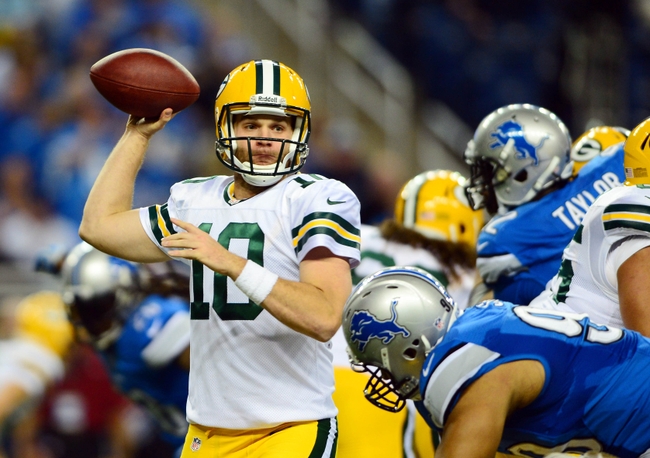 NFL News and Rumors
With all the four teams in the NFC North standing at a 1-1 record after Week 2, the game between the Green Bay Packers and the Detroit Lions is guaranteed to be interestingly competitive. So if you’re looking for some valuable NFL betting picks for this coming Sunday, then you should keep reading this.Though they are yet to prove being strong contenders in the division, the Green Bay Packers managed to steal a 24-31 win against the New York Jets. The Packers team is therefore expected to be beaming with confidence as they prepare to meet the Detroit Lions in Ford Field, on Sunday, Sept. 21, at 1:00 PM ET. Meanwhile, the Detroit Lions are looking to get back on track after a humiliating loss to the Carolina Panthers.

In a game that Packers’ ace QB Aaron Rodgers and wide out Randall Cobb missed due to injuries, the Lions ran a 40-10 rampage when the two teams met in Week 10 of last season. An earlier meeting last year ended 22-9 in favor of the Packers, though Calvin “Megatron” Johnson missed that game. This time round, both Johnson and Rodgers are present, so both teams have bolstered offenses that poise the game for a highly-offensive matchup.Despite the seesaw nature of the past two games between these divisional rivals, the Lions are 2.5-point betting favorites to win Sunday’s game. But based on the fact that in the last 10 games between these two teams, the Packers boast of an 8-2 record, the 2.5 point spread seems like nothing. In addition, the Packers are 5-1 ATS in the last six meetings with the Lions.

History aside, the Packers seemingly have a weakness in their ground defense. Players like Mathew Stafford and Calvin Johnson could easily channel the Lion in them and prowl on this weakness by running the Packers down. Then, with the support of the dynamic backfield duo of Joique Bell and Reggie Bush, tearing the packers should be business as usual for the Lions.On the other end of the field, there is the usual threat of MVP Aaron Rodgers and his receiving targets who, on a good day, can tirelessly pack-hunt the life out of any team by their prolific passing attack system.Game Odds:GB PACKERS: +2½-110, OV 52 -110, ML +120DET LIONS: -2½-110, UN 52 -110, ML -140

All to Play For…

Needless to say, the Packers have the potential to perform better than they have done so far. In addition, they will be impelled by the strong record they have against the Lions. As for the Lions, the 4-0 ATS in their last four games played against opponents in the NFC North underscores their homeground advantage. And with the taste of blood still in their mouth after last week’s loss, the Lions will definitely be hungriest for a kill. Now don’t get fooled by that, I expect Detroit to play a great defense, however, I also expect the Packers come victorious from this match.
Older post
Newer post