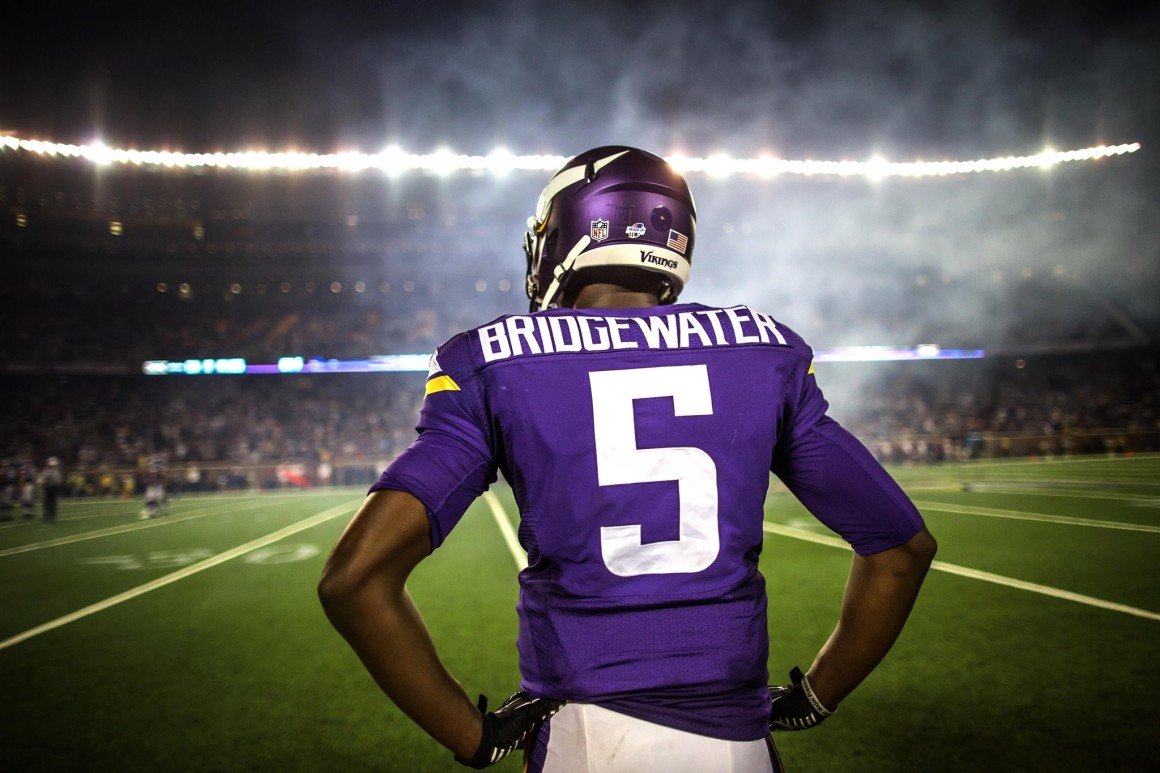 NFL News and Rumors
We are hours away from another exciting round of pro football, which means that it is time to focus on the remaining NFL betting game odds for this coming weekend, so let’s begin. The Atlanta Falcons head to TCF Bank Stadium in Minneapolis for a showdown with the Minnesota Vikings. After a disastrous 2013 season that was filled with injuries, the Atlanta Falcons are back to their winning ways with a stunning victory over the Tampa Bay Bucs, and now will be going for their third win of the year against the Minnesota Vikings, who will be starting a rookie quarterback in this game.

The Falcons are coming off a game in which they thoroughly dominated the Tampa Bay Buccaneers, and won by the second largest margin of victory in franchise history. The Falcons led the game 56-0 after three quarters, and won the game 56-14.Matt Ryan was almost perfect in the game, going 21-24, for 286 yards and three touchdowns, before sitting out the rest of the game, while Devin Hester returned a punt for a touchdown, and set the record for most return touchdowns by a player, eclipsing the former record of 19 touchdowns he shared with Deion Sanders.After their big win last week, the Falcons will turn their focus on the Minnesota Vikings, a team they have defeated twice in a row, and is coming off their second straight loss of the season. Matt Ryan, who is second in the league in passing yards, should have no problems throwing the ball against the Vikings, who allow opponents to throw for 225 yards per game.The Vikings opened the season with a blowout victory over the St. Louis Rams, a team that many experts believe will make the playoffs, but they have had problems scoring since then, and only have 16 points in their past two games. One of the reasons they are struggling offensively is the loss of their All Pro running back Adrian Peterson, whom the team deactivated because of the child abuse charges he is currently facing, and he hasn’t played since their week 1 victory.In addition to the loss of Peterson, the Vikings also lost tight end Kyle Rudolph, a big target who will miss at least six weeks, while recovering from a groin injury that requires surgery. The team also lost starting quarterback Matt Cassel for the season, after he broke bones in his left foot last week against the New Orleans Saints.The injury to Cassell opens the way for rookie quarterback Teddy Bridgewater, who will be making his first career start against the Falcons. The Falcons have one of the worst pass defenses in the league, and are allowing opponents to throw for 262.7 yards per game, so Bridgewater should be able to throw the ball against them, if his offensive linemen can protect him from the pass rush he is likely to face against the Falcons.Wide receiver Cordarrelle Paterson, who is the Vikings leading receiver after three games is also their leading rusher with 81 yards, which shows how bad the Vikings running game is right now, the team will their running backs to step their game up, and make things easier on their rookie quarterback.What’s the NFL betting line and prediction for this game? The Falcons are favored to win by 3 points, the Over/Under is 46.5 points. The consensus is that the Vikings won’t be able to stop Atlanta’s high scoring offense, and will lose the game.
Older post
Newer post