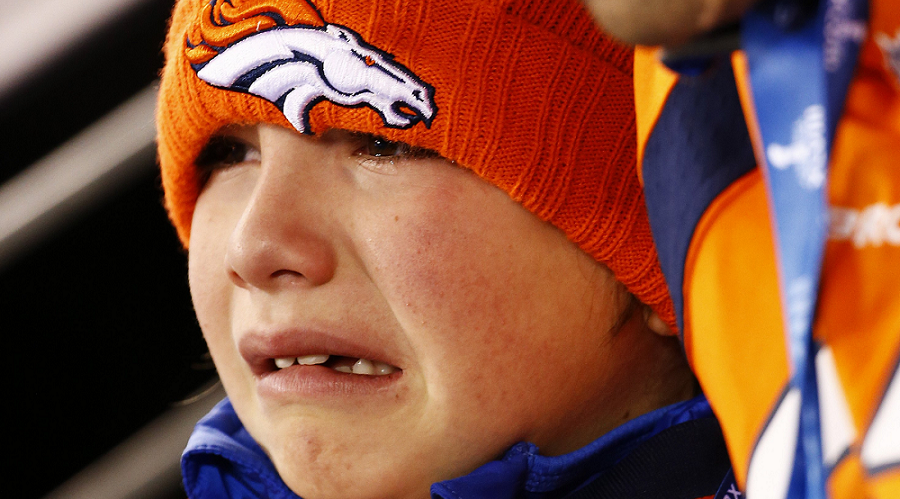 NFL News and Rumors
In the NFL, we have three major sets of fans bases. First, we have the ones that follow and support the winning teams, the squads that are frequently favored by the NFL betting odds and that feature perennially in the playoff and are regular contenders for the Super Bowl nearly every year. The New England Patriots and Green Bay Packers come to mind when I think of this first group.Second, we have the group of fans that support historically bad teams, the type of teams that celebrate for days when they merely have a winning season — Yes, I am referring to you Buffalo fans, together with Tennessee, Oakland and Cincinnati supporters.

Finally, we have the middle-table team type of fans, the ones whose teams rarely go below the 5-win mark but also don’t go above the 10-win mark that often. For this latter group, an 8-8 mark equals a good season, a divisional title is regarded as a mark of excellence, and if their teams somehow make it to the playoffs, that’s a big bonus, even if they won’t get to win any game there. Not many understand this group, but Buccaneers and Jags fans certainly know what I am talking about here.Now, for the new fan base we are creating here, call it the fourth major fan base if you like, they just have one thing in common—they all deserve to win the Super Bowl. For this group, it doesn’t matter if they’ve had a tremendous offseason, a good time in free agency, or made some good picks in the draft. All that matters is that the fans have either waited for too long for the Super Bowl, or the current teams present the best opportunity to win in Super Bowl 50 Odds and failing to win it this year will mean a very long wait in the next foreseeable future. Wondering what I am talking about? Check the shortlist given below:

This is a fan base that last saw a Super Bowl title in 2006 and their national hopes fizzled out when Peyton Manning left for the Broncos. Since then, Andrew Luck has progressively (and almost single-handedly) carried the team to greater heights with every passing year, with the 2014-15 season seeing them go to conference finals before Tom Brady did you-know-what. With Luck looking to be at the best shape of his career, and the Colts entering the new season with great pieces on both sides of the field, a Super Bowl title for the Colt fans and a Super Bowl ring for Luck would be the best christening of the new dawn in Indianapolis. 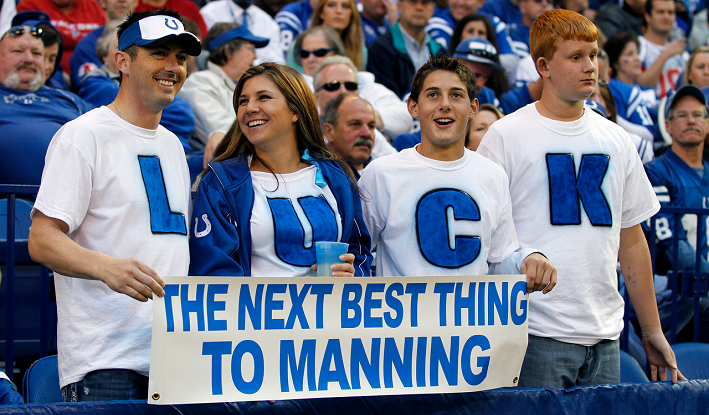 Let’s face it, Manning has done everything required of him since he joined the Broncos, except lead them to a Super Bowl title. Y’all know how things went abysmally wrong in that fateful 2013-14 Super Bowl game, and how Manning played with an injury in the 2014-15 playoffs that limited his output. With Manning probably playing his final year in the NFL and the Broncos enduring a 17-year Super Bowl drought, what better way would the NFL send off the future Hall of Famer into retirement as a happy old man? My guess, a Super Bowl ring and a storybook ending of his career in one of the best football fan bases in the nation, in Denver! 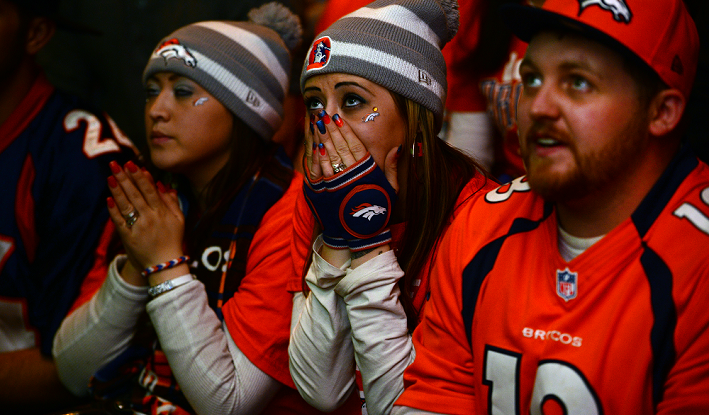 The fans in Philly have, by far, endured the most tumultuous offseason shakeups in NFL history, losing and gaining a lot of talent in almost equal measure. Yet to date, nobody knows what Chip Kelly is trying to do with the team. For a team that last won a Conference Championship and the Lombardi Trophy in 1960, a Super Bowl 50 title would definitely be a good way to cure the heartaches they’ve endured under Kelly and the previous head coaches. 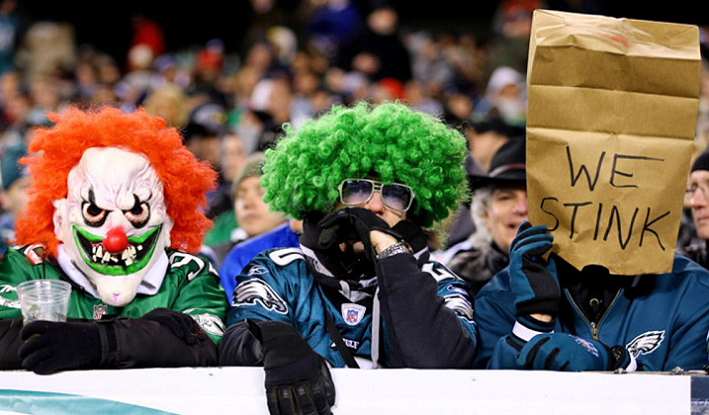 I am never a fan of happy endings and all, but after reading about the Bills and the four Super Bowl losses they suffered in four straight years (between 1990 and 1993), I’d certainly want to hope (on behalf of Buffalo fans) that the embattled Rex Ryan will be the man to help Buffalo right a new piece of history. Yeah, I know the AFC East is no easy place to play in, and the wading through the AFC Conference (if they make it to the playoffs) would need a miracle, but after Ryan led the Jets to two Conference Finals in his first two years in New York, achieving the same feat with a surging and more talented Buffalo team should be possible, right? 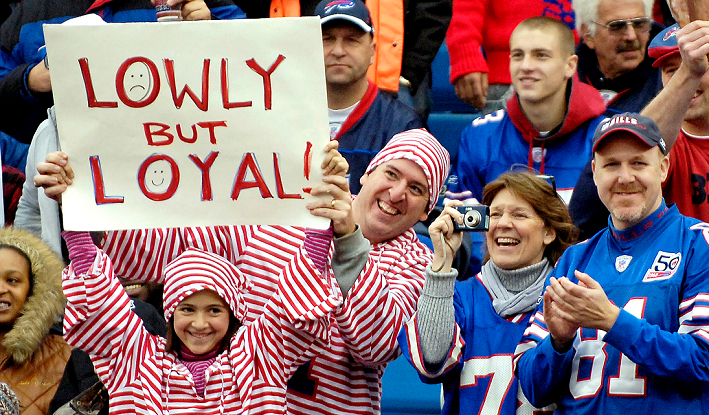 In the history of the Super Bowl, a total of 14 teams have never won the title. But more notably, the above-listed teams (Browns, Lions, Jaguars and Texans) have NEVER appeared in the Super Bowl. In short, since the Super Bowl was founded in 1966 and first played on January 15, 1967, fans from those four teams don’t know what it is like to play for National Title. So for the sake of at least getting that Super Bowl feel, let’s hope that the football gods somehow get to be lenient on at least two of the four teams to appear in Super Bowl 50. 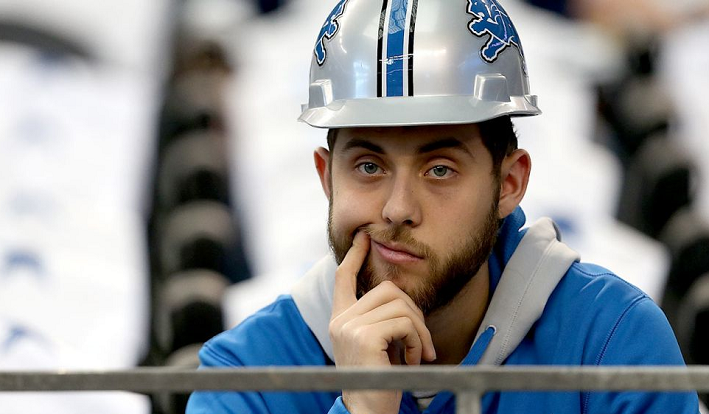 Unfortunately, none of the four teams remotely look capable of going it all the way in 2015, so don’t waste your money betting on any of them. As a consolation though, both the Browns (1964) and Lions (1957) won the NFL championship games before the creation of the Super Bowl, so they can at least talk about some distant good memories by the fans from way back then.
Older post
Newer post