NFL News and Rumors
Some NFL franchises draft well on an annual basis while others seemingly make perennial mistakes that cost their franchises both, on-field wins and ticket sales. However, thanks to the expert NFL analysis you’re about to receive on five of the top 10 teams that had success in the 2015 NFL Draft, you’re going to have a good idea of just which teams stand a great chance of improving their online betting odds this coming season because of the additions of their prized rookie draft picks.With that said, let’s rock and roll.

The rebuilding Browns have a lot of needs but they addressed several of them by drafting former Washington standout defensive tackle Danny Shelton at No. 12 overall and Florida State offensive lineman Cameron Erving at No.19. 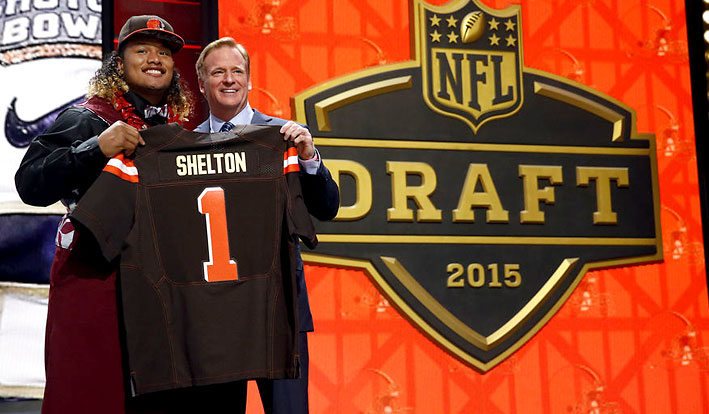 Those two first round picks alone would be good enough for the Browns to have a great draft grade, but Cleveland also added some quality collegiate stars that could play right away in Utah pass rusher Nate Orchard (No. 51), Miami running back Duke Johnson (No. 77), Washington State defensive tackle Xavier Cooper (No.96), Washington State wide receiver Vince Mayle (NO. 123), USC tight end Randall Telfer (No. 198) and their final pick, Oregon cornerback Ifo Ekpre-Olomu (No. 241). In the case of Ekpre-Olomu, the Browns got a first round talent, even though he is coming off a knee injury and could likely sit out his entire rookie season.

I think the Oakland Raiders were very smart to add gifted Alabama wide receiver Amari Cooper with the fourth overall pick and I suspect he’s going to be an immediate star alongside of talented young quarterback Derek Carr. 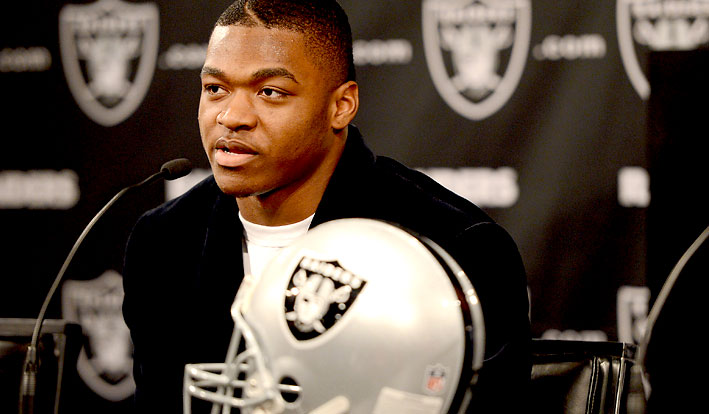 Oakland also added another trio of players I believe will make an immediate impact in Florida State defensive end Mario Edwards (No. 35), Miami tight end Clive Walford (No. 68) and Kansas linebacker Ben Heeney (No. 141). Four possible starters in one draft make this year’s haul a coup for the perennially rebuilding Raiders.

The Jaguars grabbed a player that has future stardom written all over him in Florida linebacker Dante Fowler with No. 3 overall pick. While Fowler will now miss the entire season – here’s the book on Fowler according to draft guru Mike Mayock. 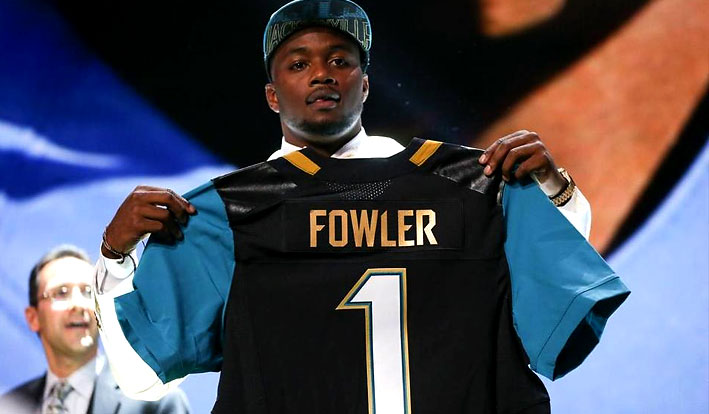 “Fowler is the most gifted edge rusher in this draft class. He’s not just a 228-pound edge guy, he’s 261 pounds. He has a freaky first step and he also sets the physical edge against the run game.” — Mike MayockIn the second round, Jacksonville selected the third running back off the board by going with huge Alabama back T.J. Yeldon (No. 36). I also like Jacksonville’s additions of South Carolina offensive guard A.J. Cann at No. 67 overall and a pair of players I believe is a real steal at No. No. 104. in safety James Sample and Florida State wide receiver Rashad Greene at No. 139.

The Rams needed a running back in the worst way and got a player that could turn out to be a superstar in former Georgia star Todd Gurley (No. 10). 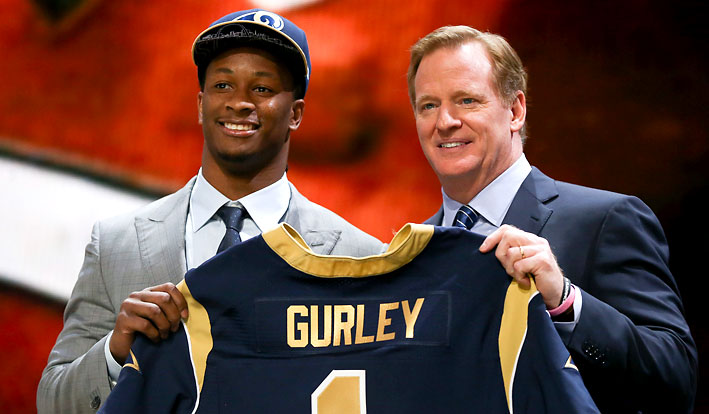 Baltimore got three players in the 2015 NFL Draft that should all contribute right away in Central Florida wide receiver Breshad Perriman (No. 26), Minnesota tight end Maxx Williams (No. 55) and Iowa defensive tackle Carl Davis (No. 90). 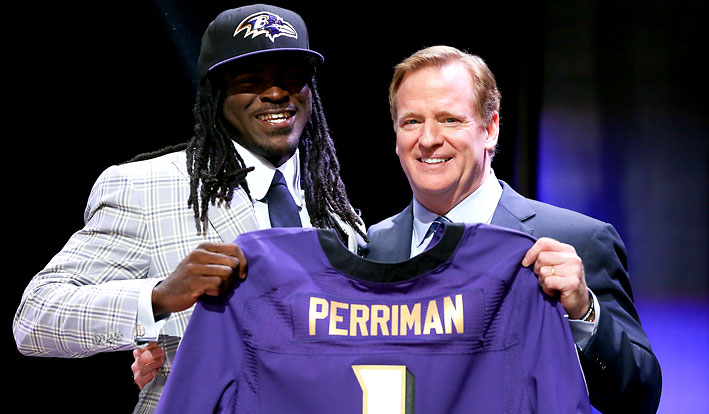 Despite his draft position, Kentucky pass-rusher Za’Darius Smith (No. 122) is another player that many believe will come in and play right away, giving the Ravens at least five players in this draft that should not only make their 2015 roster, but likely play an integral role in their Super Bowl chances. SourcesNFL.com (http://www.nfl.com/draft/2015/profiles/xavier-cooper?id=2552611)ESPN.com (http://espn.go.com/nfl/player/stats/_/id/2976516/tj-yeldon)
Older post
Newer post