NFL News and Rumors
While the Cleveland Browns have shown some flashes of brilliance lately, they still have more setbacks than accomplishments, particularly since their return to the league in 1999. They have had one winning season since the Dawg Pound reopened and have had one other winning season since that time. Recently, the cause for the futility has had to do with inconsistency, as the team has had four different general managers and four different head coaches since 2009. If the Browns plan to contend, they need a coaching staff that has time to coalesce and build a consistent philosophy.For NFL betting fans, though, there are five other things to consider as we get closer to training camp.Who’s the starting quarterback?Right now, it doesn’t look like it’s going to be Johnny Manziel, even though the Browns moved up in the first round a year ago to snag him in the draft. Manziel went the party route rather than the preparation route, and when the Brian Hoyer era finally had too many interceptions and other gaffes to continue, Manziel got his chance. However, teammates revealed that he hadn’t been working to learn the offense. If Josh McCown wins the starting job, Manzeil likely has another year of learning on the job – rather than getting his own stats up and helping the team.Who will carry the ball?The Browns picked up Ben Tate as a free agent and also drafted Terrance West. Common sense dictates that Tate will get the first look at the featured back position. As Tate put it, competition is necessary for a quality team to separate itself from the rest of the pretenders. In training camp, expect a competition – but expect Tate to prevail.Who will catch the ball?If Josh Gordon ends up with that one-year suspension, the Browns are in trouble, because they haven’t done a whole lot to shore up that position. Nate Burleson and Miles Austin are new Browns receivers thanks to free agency, but they are definitely showing their age. The front office has said that dominant teams rarely have dominant receivers. This seems like some doubletalk, though, as many fans hope the Browns get a better Plan B together as training camp approaches. 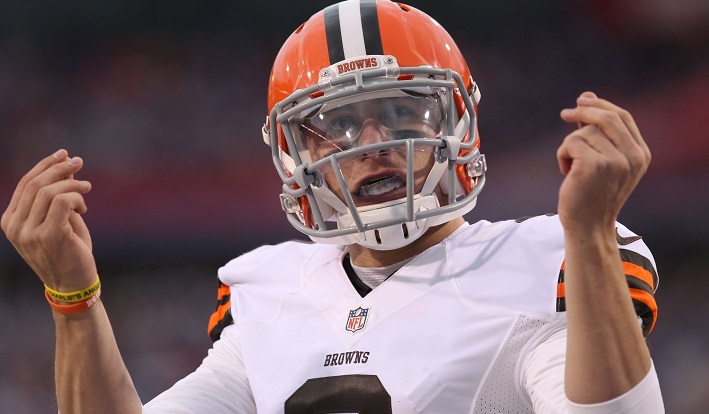 Will Kyle Shanahan be tough on Johnny Football?It’s a definite possibility that the Browns wish they had not drafted Johnny Manziel. Shanahan had a difficult time as the offensive coordinator in Washington, because RGIII did not like to be controlled to the degree that Shanahan likes to manage his players. He has a plan, and he wants his quarterbacks to follow that plan. However, Manziel is at his best sometimes when the plan has fallen apart. Whenever Manziel is on the field, Shanahan will need to increase his flexibility.Is the defense really that good?Actually, it is. The Browns finished in the top 10 for points permitted and yards allowed in 2014. The defensive coordinator (Ray Horton) is gone, but head coach Mike Pettine could motivate this defensive corps to outperform their most recent performance. He needs to get Barkevious Mingo and Paul Kruger to amp up their pass rush, and top-10 corner Justin Gilbert needs to find his game again. Across from Joe Haden, Gilbert could combine to form a shutdown secondary.Sources:ESPN.go.com (http://espn.go.com/nfl/player/_/id/15705/josh-gordon)Wikipedia.org (https://en.wikipedia.org/wiki/Mike_Pettine)
Older post
Newer post