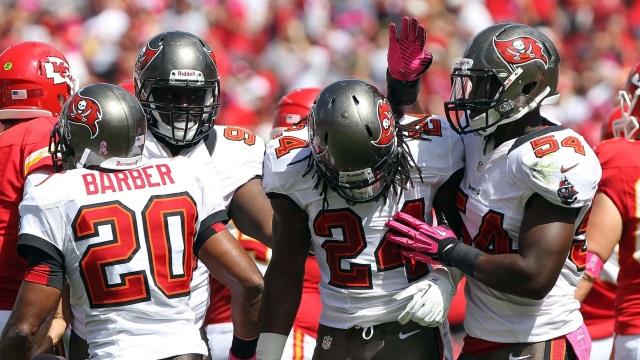 NFL News and Rumors
It’s week 4 of the 2014 of the NFL season. Aside from the domestic violence scandals and suspensions, we’ve seen favorites performing like dogs, so called losers shredding expectations and a ton of sensible injuries that are likely to impact teams in the coming weeks.  As the NFL betting odds indicate, there are favorites and  dogs entering the week, but despite what the spreads dictate, there are some teams that seem unlikely to win this week simply because of the strength of their rival. Other squads like the Tampa Bay Buccaneers are just playing terrible. But before we get to the NFL Week 4, we need to talk about what happened on Week 3:The 0-3 Bucs were demolished by the Falcons 56-14. The Chargers provided Buffalo its first loss of the season at home and continue to grow as a legitimate AFC contender. The Seattle Seahawks beat the Denver Broncos 26-20 in a Super Bowl rematch for many NFL bettors was far superior to Super Bowl XLVIII. The Arizona Cardinals still undefeated after giving Colin Kapernick and the San Francisco 49ers their second straight loss of the season. Only three teams remain undefeated after 3 weeks of action, and against all odds, none of them were seen as a potential contender before the season kicked off. Yes, we’re talking about the Arizona Cardinals, Cincinnati Bengals and Philadelphia Eagles.Now let’s get into the betting action. Who has the worst shot the get a victory in Week 4 of the NFL season?

Tampa Baylost back-to-back home games to backup quarterbacks and then got absolutely destroyed on  last Thursday night, trailing the Falcons 56-0 at the end of the 3rd quarter before eventually losing, 56-14. I wish I could say they’ll be fully recovered and ready to beat the 7.5-point favorite Steelers on the road, but sadly I have to admit that they have no shot at beating the Pittsburgh at home.Game Odds:BUCCANEERS    +7½-115    OV 45 -110STEELERS    -7½-105    UN 45 -110

The San Francisco 49ers may be in trouble if they fail to win this match and move to 1-3, but the Philadelphia Eagles are one of the best unbeaten teams in the NFL and on each of the past 3 weeks they have put together an amazing rally after being down. I’m sure that many are expecting the 49ers to win this game, but we all know what’s going to happen. The Niners will get the lead, but the Eagles will come back and win. That isn’t an impossible task against a team that has been outscored 52-3 in the second half so far this season. So get ready for another surprise here.Game Odds:PHI EAGLES    +5½-110    OV 50 ½ -110SF 49ERS    -5½-110    UN 50 ½ -110
Older post
Newer post