NFL News and Rumors
As young people who bet on NFL say today, the New York Giants will try to ‘hold it down’ at home when they host Matt ‘Matty Ice’ Ryan and the revamped Atlanta Falcons in a meaningful Week 2 matchup that is offering tons of value from where I’m sitting.Now, lets find out if Manning and company have what it takes to slow down a Falcons team that was quite impressive in its Monday night matchup against Philadelphia.

The New York Giants suffered an inexcusable 27-26 road loss to Dallas in Week 1 as they foolishly let the Dallas Cowboys have the ball back for one final drive, which, as we all know by now, resulted in a game-winning touchdown drive for the ‘Boys.Veteran quarterback Eli Manning completed 20 of 36 pass attempts for 193 yards but failed to throw a touchdown pass, although I guess it’s nice he didn’t throw an interception either.Running back Rashad Jennings rushed for 52 yards and one touchdown on 13 carries, but he should have had two scores –  if he wasn’t been ordered to not score on New York’s final possession.The G-Men struggled in the red zone (1-for-4) and failed to get the ball to gifted wide receiver Odell Beckham Jr. (five catches) when he’s clearly the team’s best player.

While the New York Giants are playing at home in this Week 2 matchup and 60 percent of public bettors like the G-Men to cash in against the NFL betting line, I’m going the other way with my pick on this matchup. 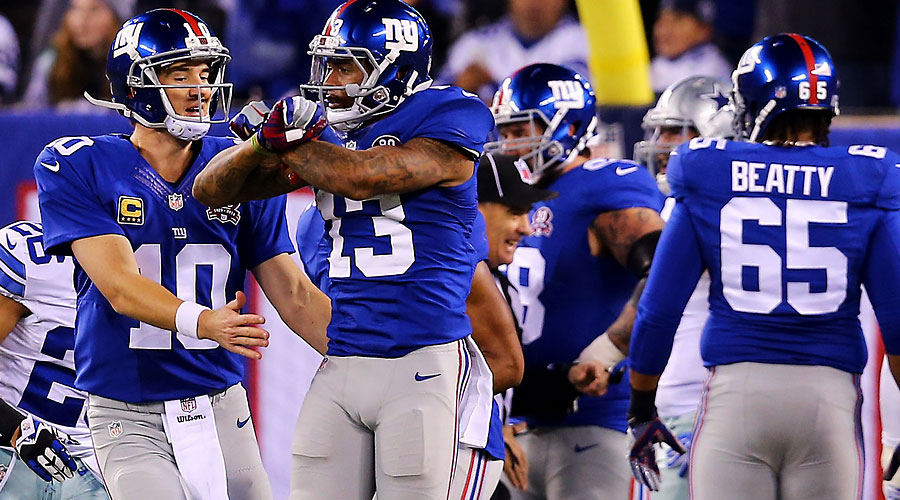