NFL News and Rumors
Now that the 2014 NFL betting season is a little bit further in the past, we’re starting to remember that there were other things happening besides Ray Rice and Adrian Peterson showing just how hypocritical commissioner Roger Goodell is, the Patriots monkeying with air pressure in the football before games and Pete Carroll making one of the worst play calls ever when he had a chance to win the Super Bowl. Take a look at five other things we now know with this season long in the books.

Both the league and the union need better leadership

It’s true, Roger Goodell went well beyond his proper role as the league’s commissioner with his handling of the personal conduct policy. However, the parameters within which he works come from a Collective Bargaining Agreement that NFL Players’ Association Executive Director DeMaurice Smith approved. Smith has failed the members of the union time after time, and now he wants to make Goodell look bad without taking any lumps himself. Going forward, the union has to be more assertive – after all, the league established its new personal conduct policy without any input from the Players’ Association. The negotiations at the next CBA are likely to be contentious, but it will be curious to see how the union stands up.

Perhaps the worst outcome from the furor over the “Calvin Johnson” rule and that mysterious dropped pass that doomed the Cowboys in Green Bay was that, even after the committee adjusted the wording, the Dez Bryant catch still wouldn’t be legal. Unless you’re a Packers fan, there are a million other catches that have been allowed that involved much less control of the ball than what Bryant showed.Another aspect of officiating has to do with the instant replay system. When the NFL went to instant replay, the purpose was to remove as much of the human element of error from the situation. If that’s the purpose, then why not take a look at penalties? There are also some other ways the league could modernize its rules and make changes.

Drama does matter, at least not for sportsbetting fans

Look at San Francisco and Washington. The 49ers almost made the Super Bowl after the 2013 season and ended up finishing 8-8. The Redskins hoped to bounce back from an awful 2013 but just ended up back in the basement of the NFC East. 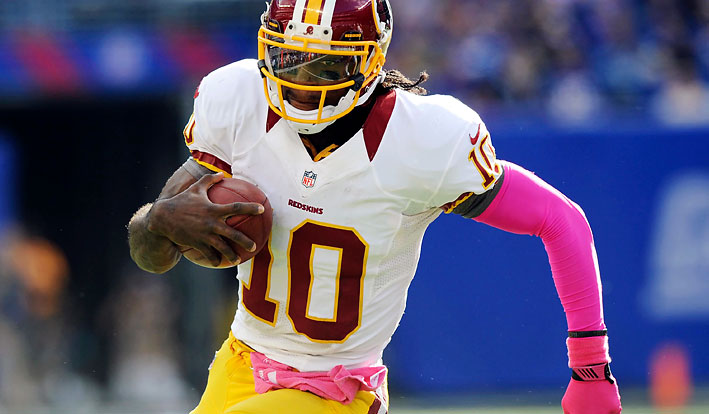 In the Bay Area, the drama had to do with the battle between CEO Jed York and former head coach Jim Harbaugh. There were some injuries, but the drama at the top of the team hurt the team’s chances down the stretch. The team was 7-4 and poised to make a run at the division title, particularly once Arizona’s #1 and #2 quarterbacks went down, but it dropped four of five to finish the season.In Washington, the battle between head coach Jay Gruden and quarterback Robert Griffin III went public – never a good thing. Both of them look to be coming back in 2015, so it will be interesting to see if they can work through this drama and have a better season.Quarterbacks are important.This may seem obvious, but if you look at the stats of the eight teams that finished last in their divisions, their signal-callers made 17 more turnovers than touchdowns, combined. The four teams that appeared in the AFC and NFC Championship games had quarterbacks who combined to hurl 84 more touchdowns than interceptions.This is a position that has a serious lack of talent in the league. There are six or maybe eight elite performers, and the rest of mediocre. Want to see how much difference it makes? Remember when the Cowboys had to rely on Brandon Weeden for a couple of weeks while Tony Romo recovered from an injury? Enough said.

Rams owner Stan Kroenke has gone public with his desire to go back to Los Angeles; he’s even bought some land. Los Angeles has not had a team for two decades, and league revenues have suffered as a result. Whether it’s the Rams, Chargers, Raiders or an expansion team, there will be a team there to open play in 2016.
Older post
Newer post