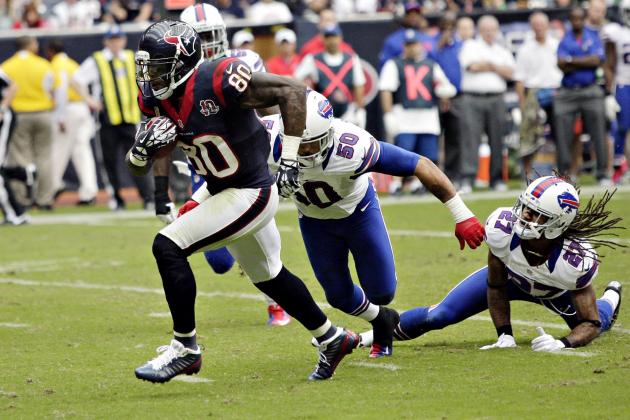 Why Bet on the Bills?

The combination of Fred Jackson and C.J Spiller has been quite impressive, averaging 4.5 yards per carry. Defensively, the Bills have forced five turnovers and seven sacks while they are allowing 83.7 rushing yards per game. Also, players like Preston Brown and Mario Williams have put in some decent tackles in the defense. This has greatly ensured that the opposing teams find it difficult to make offensive plays.The main undoing, however, has been finding a reliable spearheading figure in front of the field. Despite his renowned potential, EJ Manuel just has one touchdown pass in each of the first three games while he completed 59 percent of his passes last week. As a result, the Bills’ attack has been somewhat futile, especially against strong defensive teams, as was witnessed in the Week 3 loss to the San Diego Chargers.If the Buffalo Bills are to come out with a victory in Sunday’s matchup, Manuel, Sammy Watkins and other players need to man up and put in more work. Though the betting lines and odds are against them, they have a fighting chance if the team puts in a more invigorated performance than they have done in the past.

Why Bet on the Texans?

In last week’s squashing in the hands of the Giants, Arian Foster’s absence due to a hamstring injury was clearly evident as the Texans struggled to get their offensive rhythm. Meanwhile, Ryan Fitzpatrick completed just 58.8 percent of his passes while throwing three interceptions. In order to complement the offense and support the industriousness of players like DeAndre Hopkins (he leads the team with 227 receiving yards and two TDs on 13 catches), there is a dire need to get Foster back to full fitness for Sunday’s game.In the department of defense, the Texans have laudably forced seven turnovers, four sacks and are allowing 368 yards per game. Brian Cushing and J.J. Watt have been the key defensive figures for the team with 28 tackles and three tackles for loss, respectively. Compared to the Bills, the Texans have a better defense and attack, with or without players like Foster, hence are favorites to win Sunday’s duel.

Where to put your money

While the Bills are 4-2 SU and ATS in their last six games, the Texans are 1-4 SU and 0-5 ATS in their last five home games. This season, the Texans are 1-0 home, which grants them a slight advantage in the NFL odds for this game. Though the game will be highly contested, Houston’s fifth NFL best running attack of 140.7 rushing yards per game will give them an edge over the Bills.
Older post
Newer post