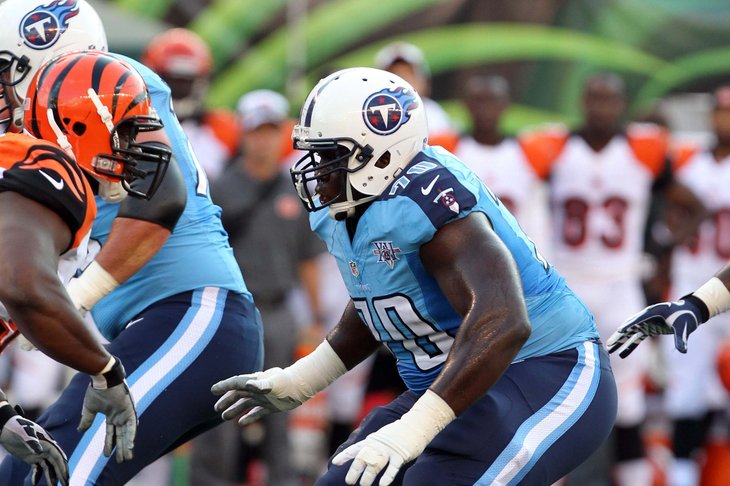 NFL News and Rumors
This coming Sunday, Sept. 21, the Cincinnati Bengals have the opportunity to go 3-0 after their graceful victory over the Atlanta Falcons in Week 2. With the Titans going into this game on the back of a crushing beat down by the Dallas Cowboys, the Tennessee team will want to make amends to their fans. So, should you bet on the Titans bouncing back from the defeat or should you have your money on the Bengals extending their fantastic start to the season? Well, there is no simple straightforward answer to this question, but you can find the way forward by checking the NFL game spread and betting analysis below.

Betting on the Titans

Unlike Week 1, Jack Locker’s quarterback rating of 60.2, one touch down for two interceptions and only 18 of 34 passes completed for 234 yards was unable to inspire the Titans to victory in the game against the Cowboys. Furthermore, the Titans saw very little of the ball—a dismaying 18 minute and 49 seconds in the entire game. With a host of wide receivers, great offensive line, solid running backs and occasional brilliant plays by different individuals, the Titans are well-aware that they should be performing better. A good example of the inspiring individual plays is Delanie Walker who recently eclipsed the 100-yard mark with his record-breaking 142 yards, a 61-yard touchdown and 10 caught passes. This is great news for the Titans, who direly need some offensive inspiration. The Tennessee Titans are 6-2-1 ATS in the last nine road games since September 2013. More importantly, they have an impressive 6-1 SU head-to-head advantage over the Bengals in the last seven meetings between the two teams—a record that dates back to 1998. Despite not having a strong start to the season, many oddmakers and bettors consider the Titans record against the Bengals as something worth betting on.

Betting on the Bengals

Andy Dalton’s solid performance has undeniably been the glue that has held the Bengals’ best season start since 2006. A fifth league-best passing yard average of 276.5 is proof of Dalton’s form. Furthermore, he finished the 24-10 win over the Falcons without an interception or sack while he commendably completed 15 of 23 passes for 252 yards. Complementing this impressive performance was Giovani Bernard who ran 27 times for a total of 90 yards, which brought his numbers to a career-high 79 receiving yards. Although several injured players have been missing for the Bengals, their replacements have been up to task. A good example is the fitting replacement of wide receiver A.J. Green with the impressive WR Mohamed Sanu. Defensively, the Cincinnati team has only allowed 13 points a game in their last two games. Expectedly, this will cause troubles for the Titans whose offense has been struggling. On top of all these, the Bengals have a 9-1 record in their last home games since September 2013.

With all factors circumspectly put into perspective, Sunday’s game will be quite cagey. Nonetheless, going by their superior defensive unit and almost-flawless home record, the Bengals are betting favorites to win the game. For all NFL betting odds for Week 3, click here.
Older post
Newer post