NFL News and Rumors
Even with its countless on-field scandals, yearly doses of hubbub and turmoil, and frequently recurring cases of off-field drama, the ever-surging viewership of NFL games remains safely unhampered, with the numbers constantly growing from strength to strength. A case in point–after the 2014 Super Bowl game racked up a whopping 112.2 million viewers, which was the largest TV audience at the time, the 2015 Super Bowl soared to higher heights, drawing an average audience of 114.4 million viewers—making Super Bowl 49 the most watched broadcast in the U.S. TV history.Meanwhile, according to the NFL, more than 70 percent of the potential TV viewers in America watched at least one NFL game, with the average game getting 17.6 million viewers–a number that completely dwarfs the viewership any other type of programming gets. Not to mention, 34 of the 35 most-watched fall TV shows in America were NFL games.In a generation where the adage of “numbers don’t lie” is trumpeted by preachers and crooks alike, it’s safe to say that the NFL (and not NBA’s Paul Pierce) is the Damn Truth! Looking into our NFL betting lines, the future looks no different, with the league likely to record more viewership in the 2015 NFL games, starting with the Pittsburgh at New England game slated for Week 1. With that, here are the NFL games we are looking forward to in the 2015 NFL betting lines:

• Pittsburgh Steelers at New England Patriots, September 10, 8:30 PM ET, NBCWith NFL fans dying to catch the very first game of the season, this game is bound to attract many viewers. Even more importantly, the Pats will be without LeGarrette Blount and probably Tom Brady, while the Steelers won’t have Le’Veon Bell, hence setting up an interestingly unpredictable duel. With already many pundits saying that this game will mark the start of a regressive season for New England, will the Brady-less Patriots prove doubters wrong? Only one way to find out—tune in on NBC to watch this season premiere game…• Tennessee Titans at Tampa Bay Buccaneers, September 13, 4:25 PM ET, CBSDespite being two of the worst teams in 2014, this clash serves up a mouthwatering clash between No. 1 overall pick Jameis Winston (Tampa Bay) and No. 2 overall pick Marcus Mariota (Tennessee). The two QBs, who were ranked as two of the best QBs in the 2015 NFL draft, met in the 2015 Rose Bowl, a game that Mariota led the Oregon Ducks to a 59-20 rout of Winston and the Florida State Seminoles. With Winston looking to avenge that loss and make his mark in his NFL debut, and Mariota hoping to engineer another win (this time with the Titans), a highly-entertaining game is guaranteed in this clash. 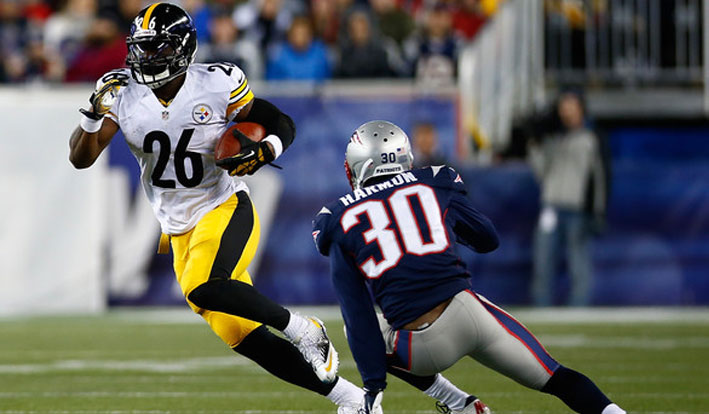 • Seattle Seahawks at Green Bay Packers, September 20, 8:30 PM ET, NBCAfter watching their team suffer a heartbreaking loss to the Seahawks in the 2015 NFC Championship Game, this game provides Aaron Rodgers and the Packers a chance to get some good measure of revenge. This game also comes with the understory of being a potential decider of who comes out on top in the 2015 NFC race, setting up a fun game.Other Week 2 Games To Watch Out For: • Denver Broncos at Kansas City Chiefs, September 17, 8:25 PM ET, CBS/NFL • Dallas Cowboys at Philadelphia Eagles, September 20, 4:25 PM ET, FOX 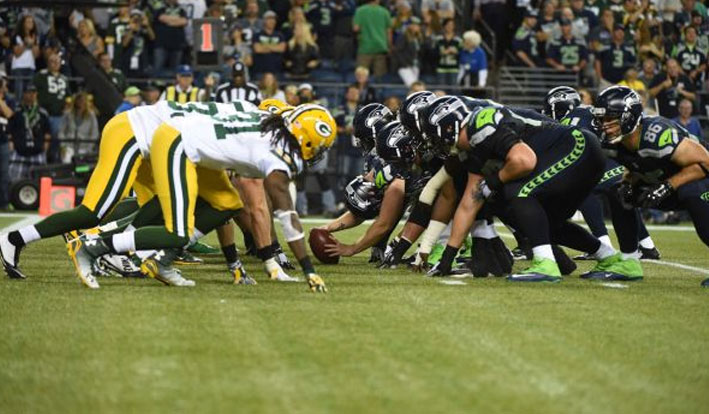 • Kansas City Chiefs at Green Bay Packers, September 28, 8:30 PM ET, ESPN/WATCH ESPNThis inter-conference showdown figures to be an excellent test for the credentials of Kansas City and Green Bay, as far as making a deep run in the Super Bowl 50 Odds is concerned. Both teams are also pegged to win their respective divisions, hence also coming with a lot of importance, if both teams are to stay in contention in their divisions.Other Week 3 Game(s) To Watch Out For: • Denver Broncos at Detroit Lions, September 27, 8:30 PM ET, NBC 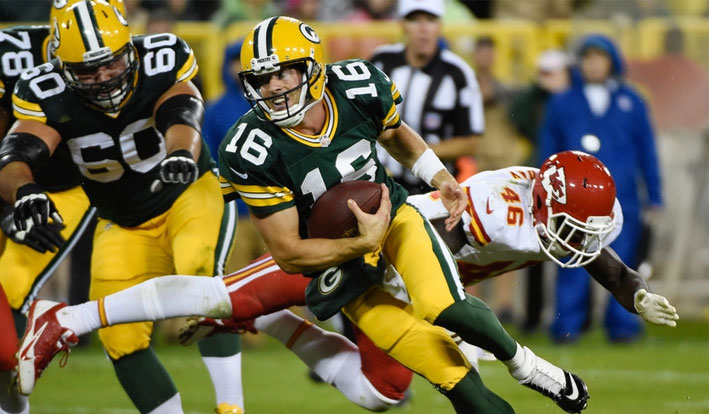 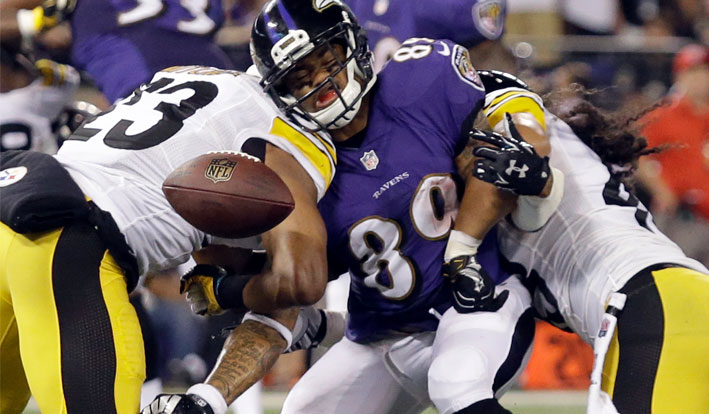 • Indianapolis Colts at Houston Texans, October 7, 8:25 PM ET, CBS/NFLWith the Texans being one of the biggest divisional threats for the Colts next year, it will be interesting to see if this matchup can serve us with a riveting duel, reminiscent of last year’s highly-rated clash.Other Week 5 Games To Watch Out For:• St. Louis Rams at Green Bay, October 11, 1:00 PM ET, CBS • Pittsburgh at San Diego Chargers, October 12, 8:30 PM ET, ESPN/WATCH ESPN 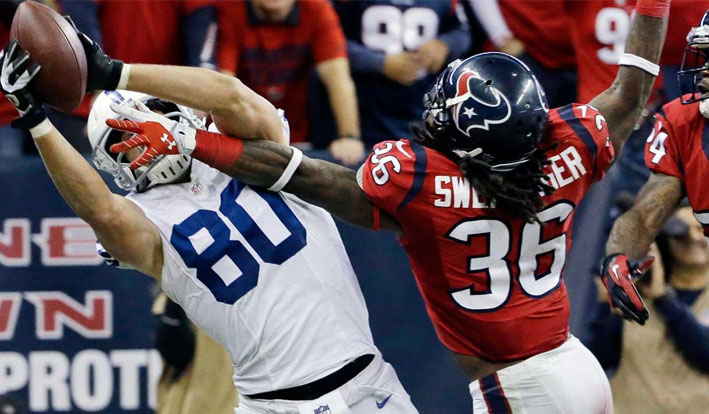 • New England Patriots at Indianapolis Colts, October 18, 8:30 PM ET, NBCThe talks about the Deflategate scandal from the AFC Championship game between the Pats and Colts are still fresh in the air, and will most likely be revisited prior to this game. But even with such talks aside, this game will feature two of the best QBs in the nation in Tom Brady and Andrew Luck, who are both passionate about the game, making it a must-watch thriller. 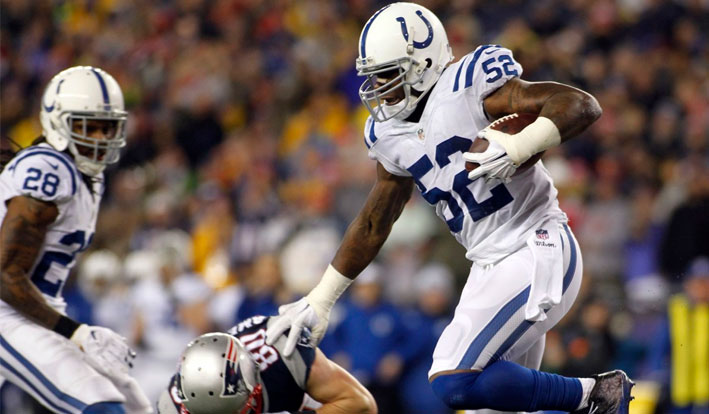 • Seattle Seahawks at Dallas Cowboys, November 1, 4:25 PM ET, FoxAfter presenting us with one of the most entertaining regular-season games in 2014, this clash should provide another round of fireworks, even if DeMarco Murray is no longer with the Cowboys• Green Bay Packers at Denver Broncos, November 1, 8:30 PM ET, NBCThis game has all the hallmarks of a game big enough to oust the ratings of Game 5 of the World Series, which is also slated for November 1. With Aaron Rodgers at the peak of his career and Peyton Manning still boasting of being one of the best artists of the game (even with his well-spent age), this game is guaranteed to be epic. The results of this game will also be crucial in determining the fate of both teams, in regards to the playoffs.Other Week 8 Games To Watch Out For: • Miami Dolphins at New England Patriots, October 29, 8:25 PM ET, CBS/NFL • Cincinnati Bengals at Pittsburgh Steelers, November 1, 1:00 PM ET, CBS 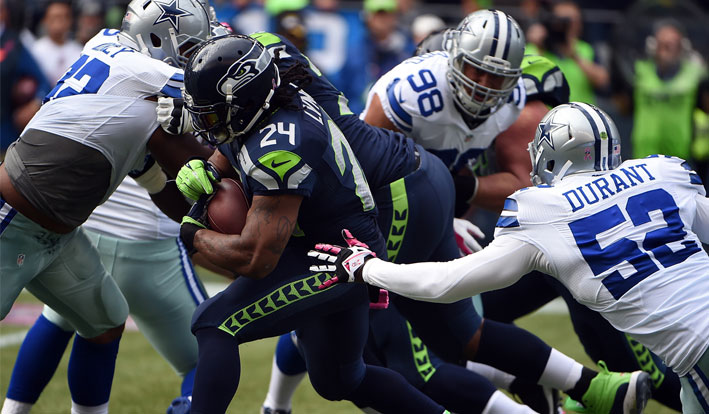 • Denver Broncos at Indianapolis Colts, November 8, 4:25 PM ET, CBSSince meeting at the 2014 NFL Playoffs, both teams have strengthened their squads, hence should be able to offer a better showing for their fans and the cameras. Plus, who wouldn’t love to watch the great Peyton Manning and the ferocious Andrew Luck go hard against each other?• Philadelphia Eagles at Dallas Cowboys, November 8, 8:30 PM ET, NBCThis is the fight every Dallas fan will be dreading to watch. DeMarco Murray making his return to Dallas to haunt his former employers… definitely a worth-looking-forward-to primetime Sunday clash. 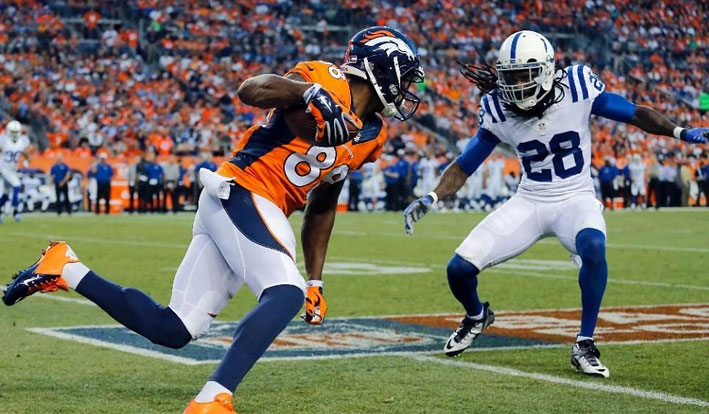 • Buffalo Bills at New York Jets, November 12, 8:25 PM ET, NFLThe immutable law of the ex at work once again…with Rex Ryan (current Buffalo Bills coach) facing (and probably terrorizing) the Jets, his former team, in New York.• Arizona Cardinals at Seattle Seahawks, November 15, 8:30 PM ET, NBCWith both teams likely to be contending for the NFC West title at this point of the season, this game will probably have many divisional title implications, making it a key matchup 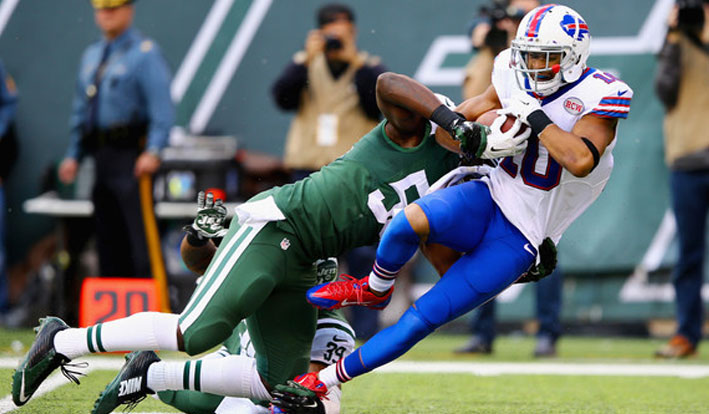 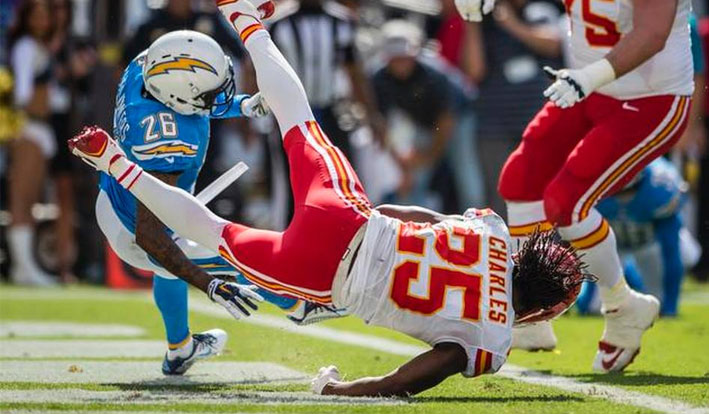 • New England Patriots at Denver Broncos, November 29, 8:30 PM ET, NBCThis will potentially be the last regular-season meeting between Tom Brady and Peyton Manning in the legendary Brady-Manning rivalry, as rumors have it that Manning could retire after this season. If the rumors are true, and both teams stay competitive against each other as they’ve done in the past, this clash should be worthy of its highly-rated status, with definite NFL playoff-implications.Other Week 12 Games To Watch Out For:• Philadelphia Eagles at Detroit Lions, November 26, 12:30 PM ET, FOX • Buffalo Bills at Kansas City Chiefs, November 29, 1:00 PM ET, NBC 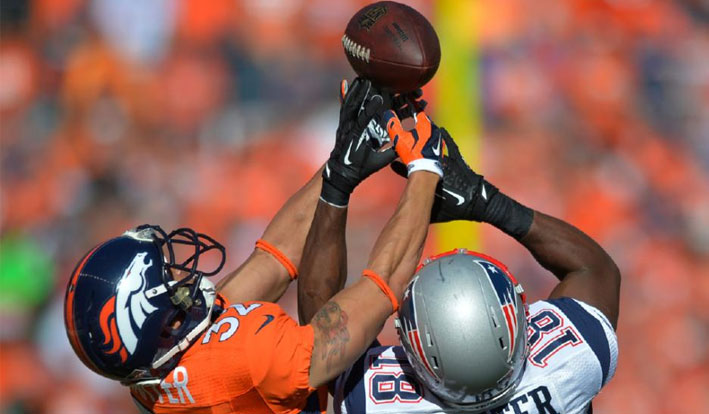 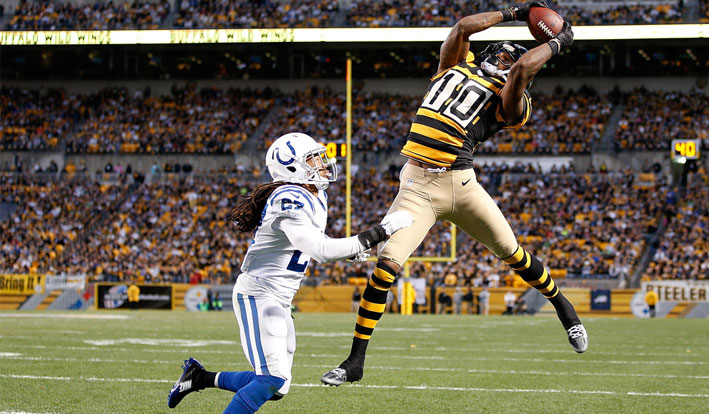 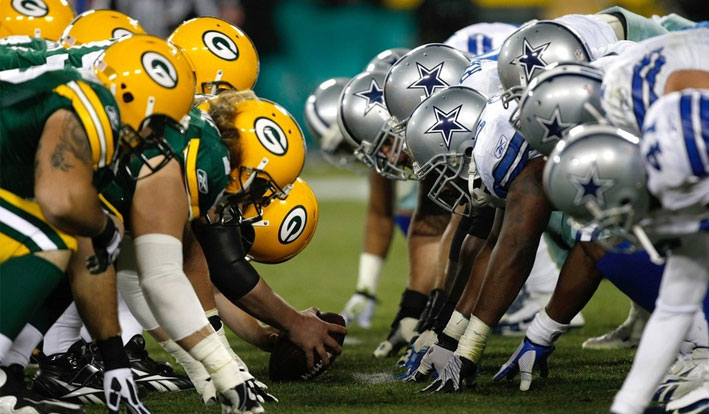 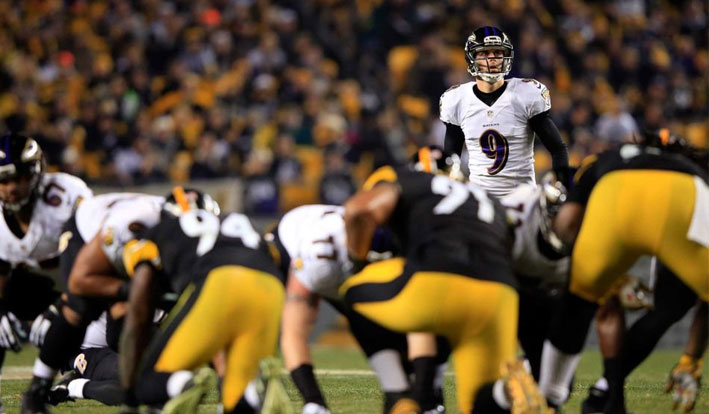 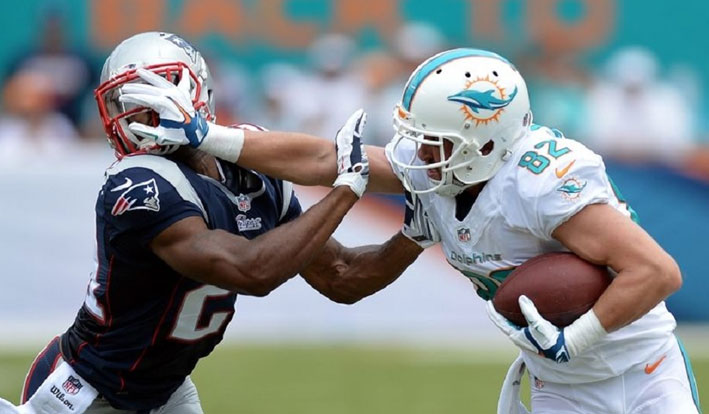