NFL News and Rumors
It has been nearly two months since New York Jets offensive coordinator Chan Gailey announced that Geno Smith would be the team’s starting QB in 2015, but the debates about the 24-year-old quarterback’s impact on the new season’s football odds are still dominant in the NFL odds and  headlines. To understand Smith as a player and the value he brings to the Jets in 2015, here is brief look at his NFL career so far. 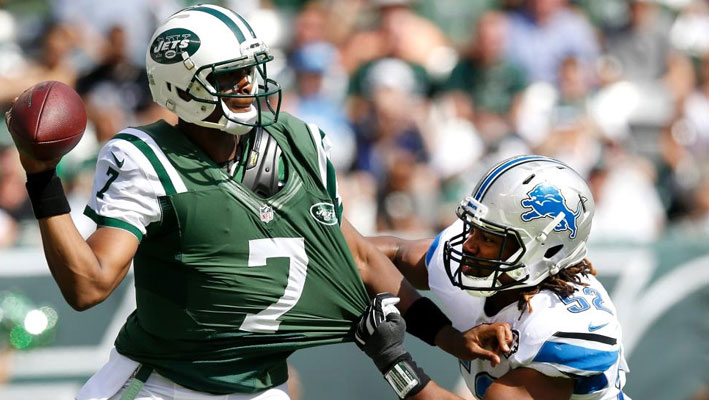 In his career, Geno Smith is just 11-18 as a starter. His winning numbers plummeted from 8-8 in 16 starts during the 2013 season to 3-10 in 13 starts last year. Most worryingly, the former West Virginia player owns a touchdown-to-interception ratio of 25-34 in 30 career games, 29 of those being starts. If he is to prove his worth as a starter this year, he will thus need to make a huge turnaround, cutting down on his interceptions and finding ways to get wins for his team.Building on his strong finish to the 2014 season could be one of the best ways for him to improve his efficiency in the new season. For example, in the season finale against Miami, Smith had the best game of his NFL career, completing 20 of 25 his passes for 358 yards, 3 TDs and zero interceptions, which earned him a Perfect Game rating of 158.3 and gave the Jets a 37-24 against the Dolphins. If we can see more of such performances from the 39th overall pick in 2013, a strong rebounding season could be in the offing for him. 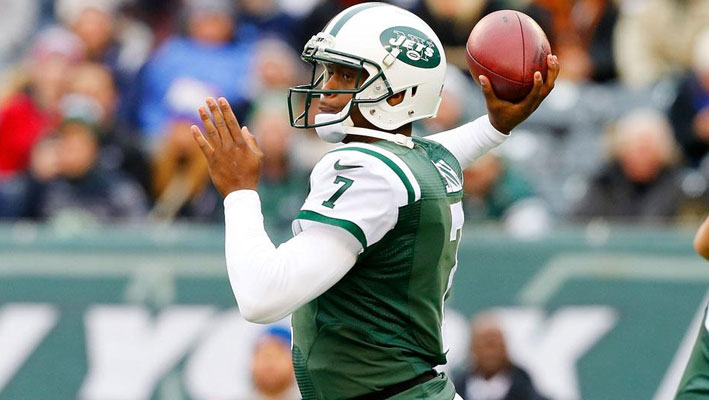 The Jets are one of the most improved units in the league ahead of the 2015 season, boasting of several stellar additions to the team. Just to mention a few, the New York passing game has a new weapon in Brandon Marshall, a former Bear who racked up 721 yards for Chicago in 2014 despite his season being riddled with injuries. In the seasons preceding 2014, Marshall posted seven back-to-back 1000-yard seasons, underscoring his potential to be an impact player for the Jets this year alongside Eric Decker (New York’s leading receiver last year with 74 catches for 962 yards and 5 scores).To boost their running game, the Jets brought in New England’s speedster Stevan Ridley to boost the backfield combo of Zac Stacy and Bilal Powell.Defensively, the Jets admirably have very solid pieces and depth in their current roster, as is highlighted below:• Edge Rushers: Quinton Coples, Calvin Pace and Jason Babin• Linebackers: Demario Davis, David Harris and Mario Harvey• Safeties: Calvin Pryor, Marcus Gilchrist, Antonio Allen and Jaiquawn Jarrett• Interior Lineman: Muhammad Wilkerson, Sheldon Richardson, Damon Harrison and Kevin Vickerson• Cornerbacks: Darrelle Revis, Buster Skrine, Antonio Cromartie, Dee Milliner and Dexter McDougleNot to mention, the Jets added some remarkable talent through the NFL draft, led by the immensely talented first-round pick Leonard Williams. So in short, the Jets have an awfully good depth in their D-line, which should make them one of the top contenders for the best defensive units this year.

Conclusion on Smith and the Jets in 2015 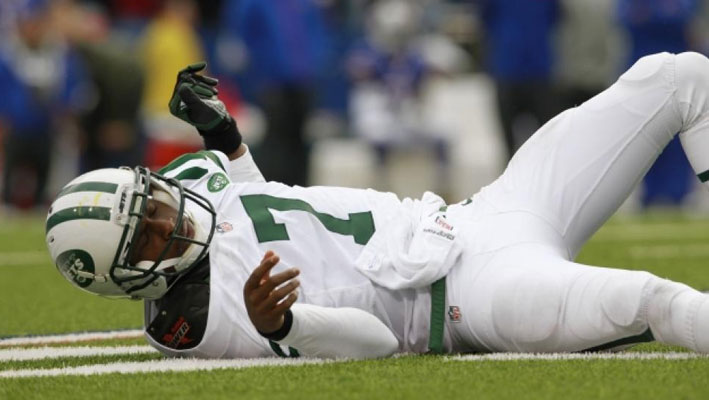 Outside their talented roster, the Jets will be working with a promising new coach in Todd Bowles, while the team brags of having the sixth-easiest strength of schedule in the NFL in 2015. With all such factors considered, an improved performance can be expected from Smith and his teammates in the new season. I wouldn’t go as far as predicting a winning record or a playoff push for the Jets in the NFL odds, but Smith and the Jets should definitely be able to challenge for the .500 mark in 2015. Sources:ESPN.com: http://espn.go.com/nfl/player/stats/_/id/15864/geno-smithYahooSports.com: http://sports.yahoo.com/nfl/players/7868/
Older post
Newer post