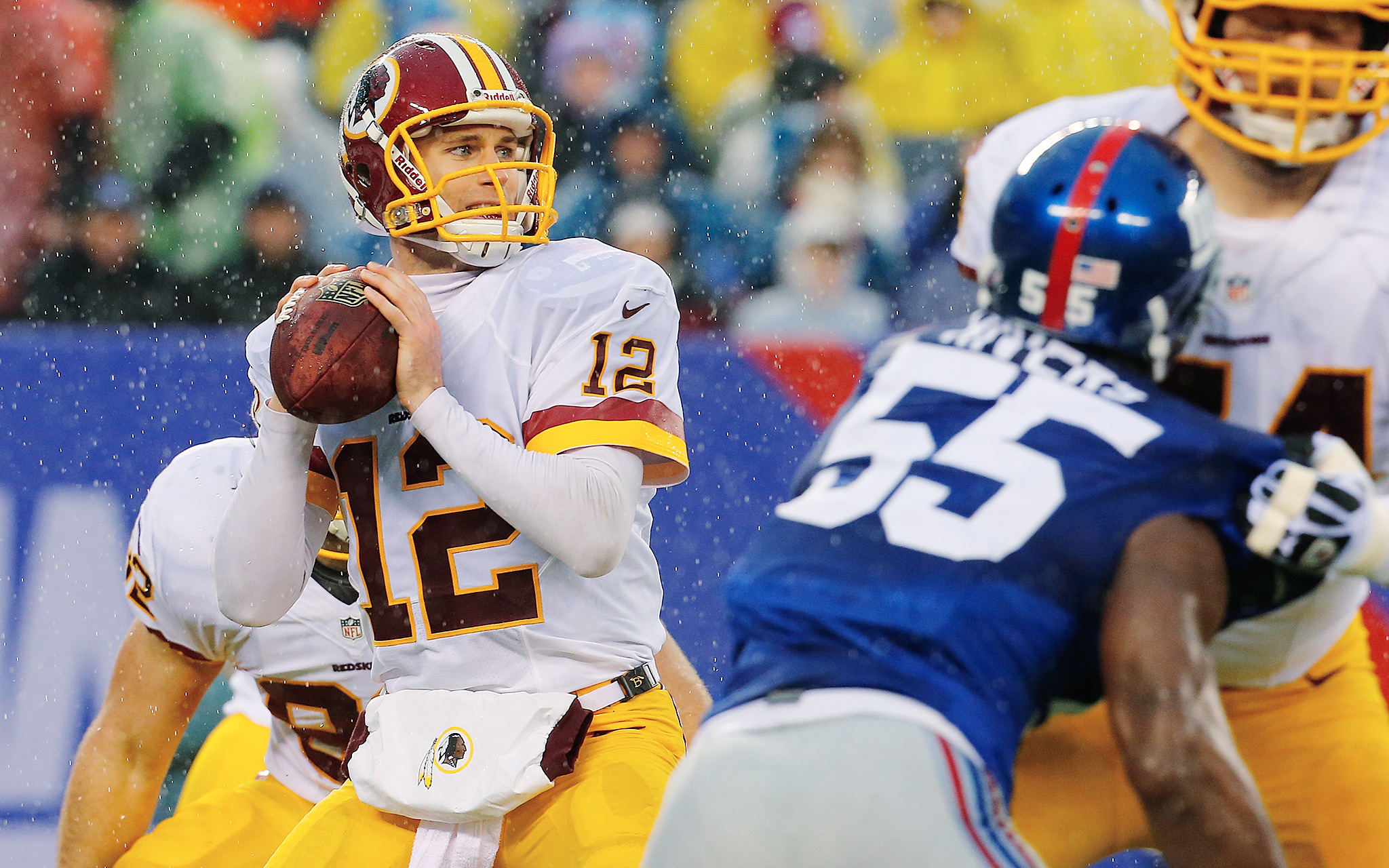 NFL News and Rumors
Week 4 of the NFL betting season kicks off on Thursday night, Sept. 25 at 8:25 PM ET, when the New York Giants face their ferocious foes, the Washington Redskins. The match, which will take place at the FedEx Field, Landover, will be a great opportunity for the two teams to prove that they are worthy contenders in the hotly-contested NFC East.Last season, the Giants got off to a piteous 0-6 start, so the current 1-2 record is quite commendable. A hard-fought 30-17 win against the Houston Texans in Week 3 illustrated just how good the Giants can be when they play their hearts out. For the Redskins, a narrow 37-34 loss to Philadelphia means that they also have a 1-2 record.As the teams prepare to meet this Thursday, you can be certain that many betters will be keen to bet and win big. The betting will be especially fueled by the long-standing history of divisional rivalry between the two teams, bragging rights for the fans and players, and the chance for both teams to avoid sitting at the bottom of the NFC East log, among many other key issues that will be at stake. So, which of these two teams present favorable winning odds for you?Game Odds:GIANTS: +3½-110, OV 45 ½, ML  -110WAS REDSKINS: -3½-110, UN 45 ½, ML -110

Betting on the Giants

Following his splendid performance of 21 of 28 passes completed for 234 yards, two scores and no interceptions, the Giants will be hoping for another Eli Manning inspiration. Unfortunately, Manning has been rather inconsistent and unreliable, pounding heavy in one game then sucker-punching in the next.The good news, however, is that the Giants are no longer a one man team. Rashad Jennings and Victor Cruz have numerously shown their killer offensive instincts while the defense boats of Jameel McClain and his company.

Besides their hot-cold start of the season, the Redskins are suffering from a long list of 17 injured players including a ruptured left Achilles for cornerback DeAngelo Hall, broken left foot for safety Duke Ihenacho, an injured right knee for guard Shawn Lauvao and a hamstring for lineback Jason Hatcher. As a result, the depth of the squad has been limited and Thursday’s game will be no exception.Nonetheless, it’s not all bad news in Washington. Kirk Cousin is fully fit to face the Giants. After excellently throwing 427 yards, three TDs and managing a pick against the Eagles, the Giants should be scared, if not watchful of this rising star that has been playing in place of injured Robert Griffin III. Of course, Cousin will need sufficient protection and support from players like LeSean McCoy in order to deliver efficiently.

Even though it is not possible to whitewash their six defeats in eight games at Washington, the Giants have enough muscle to skin out the redness of the Redskins. On the flipside, the Redskins go to Thursday’s game with a 5-2 ATS in their last seven home games. This record, combined with the 5-2 ATS in the last seven home games against NFC East teams, makes the Redskins betting favorites to trample the Giants.
Older post
Newer post