NFL News and Rumors
With the 2015 NFL betting season and draft quickly approaching, I figured this would be a perfect time to write a column focusing on the best draft selections of all-time. The only criteria I have for this column is that the player selected can’t be a first round pick and that the player greatly surpassed the expectations that were predicted for them prior to their being drafted and went on to achieve a measure of greatness that no one could have ever predicted. So, without further delay, here are the greatest NFL draft selections of all-time.

Giovanni Carmazzi, Tee Martin and Spergon Wynn were all drafted before the New England Patriots used the 199th overall pick to nab quarterback Tom Brady in the sixth round of the 2000 NFL Draft.All Brady has done since is lead the Patriots to four Super Bowl titles and earn himself three Super Bowl MVP awards along the way. Brady has completed an impressive 63.5 percent of his passes while topping the 4,000-yard plateau seven times and the 5,000-yard mark once. 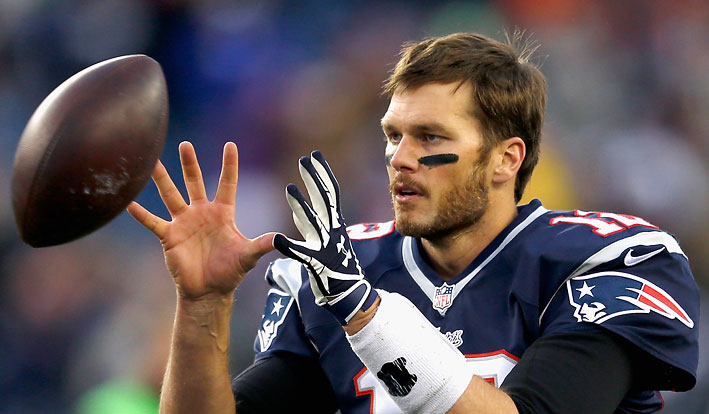 The 10-time Pro Bowl selection and two-time First Team All Pro has thrown for a whopping 53,258 yards with 392 touchdown passes and just 143 interceptions. More importantly, Brady has gone 21-8 in the postseason and has shown no signs of slowing down after finishing the 2014 regular season with over 4,000 passing yards for the fourth straight season.

The San Francisco 49ers used the 82nd overall pick in the 1979 NFL Draft to grab Notre Dame quarterback Joe Montana and ended up with arguably, the greatest quarterback of all-time.Despite not playing in more than seven games until his junior year at Notre Dame and never completing more than a mediocre 52.4 percent of his passes, Montana was transformed into an almost instant star after hooking up with former Niners legendary head coach Bill Walsh. 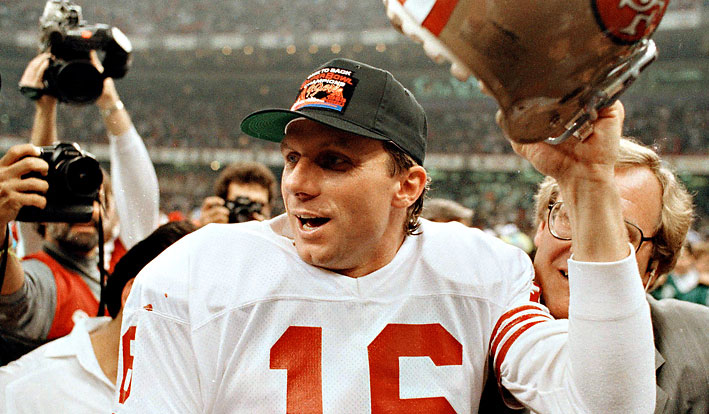 In his third season with San Francisco, Montana began winning like crazy and never stopped until retiring as a member of the Kansas City Chiefs in 1994.Montana led the 49ers to four Super Bowl titles and was named MVP in three of them. San Francisco all-time career yardage passing leader completed a blistering 63.2 percent of his passes while topping the 3,000-yard plateau eight times.The eight-time Pro Bowler and 3-time First-Team All-Pro passed for more than 300 yards in a game 39 times and surpassed 400 yards seven times. His six 300-yard passing performances in the postseason were an NFL record at the time of his retirement, making Joe Montana my No. 2 greatest NFL Draft pick of all-time.

Following my unforgettable conversation with the Hall of Famer in Philadelphia back in 1996, I will forever be thankful for having met the legendary Johnny Unitas, a man known as much for the quality of his character as his on-field football dominance.A ninth-round draft choice of the Pittsburgh Steelers in the 1955 NFL Draft, Unitas was cut before he ever threw a regular season pass in Pittsburgh. Incredibly, Unitas then played semi-pro football for $6 a game before former Baltimore Colts head coach Weeb Ewbank found out about a “prospect” on the Pittsburgh sandlots and signed Unitas in 1956 for $17,000 on a make-the-team basis. 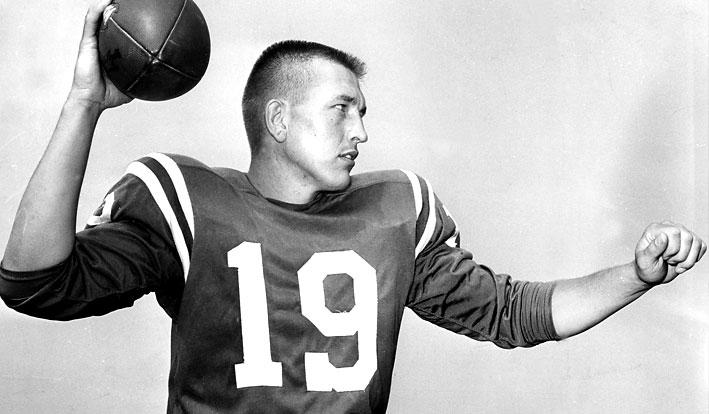 When Unitas finally got his chance to play, his very first pass was intercepted and returned for a touchdown. Unitas went 3-4 in seven starts during his rookie season, but from that point on, for the next 16 seasons, Unitas’ quarterbacking feats were seldom matched in NFL history. ‘Johnny U’ would go on to become a 10-time Pro Bowl selection and 5-Time First-Team All-Pro before earning election into the Pro Football Hall of Fame in 1979.His last-second heroics in the 1958 NFL title game, often called “the greatest game ever played,” turned Unitas into a household name. Unitas passed for 40,239 yards and 290 touchdowns in his career and his record of at least one touchdown pass in 47 consecutive games stood for decades until New Orleans Saints quarterback Drew Brees broke in back in 2006.Unitas was selected NFL Player of the Year three times and finished his career with a nearly unblemished 6-2 mark in eight career postseason starts. For a guy who was an afterthought when he was drafted by the New York Giants way back in 1955, Johnny Unitas actually ended up as the greatest draft pick in NFL history even though the Giants foolishly never got to benefit from their own selection.
Older post
Newer post