NFL News and Rumors
Since Josh Gordon was selected in the 2012 Supplemental Draft, there has been some sort of drought with no other selections made to date. Is it that players have gotten smarter at assessing their options early and declaring for the NFL draft on time? Is it just pure coincidence that there have been no viable selection options? Or is it that the prospects of having to deal with the off-field issues such as those of supplemental draftees like Josh Gordon and Josh Brent scares off the 32 teams in the league?Whatever the reason, there is a good chance that this NFL betting season could be different, as the possibilities of a Supplemental Draft selection looks likely. But before we go any further, what is supplemental draft?Definition and Process of the Supplemental DraftAs befittingly explained by Wikipedia:“In the supplemental draft, a team is not required to use any picks. Instead, if a team wants a player in the supplemental draft, they submit a “bid” to the Commissioner with the round they would pick that player. If no other team places a bid on that player at an earlier spot, the team is awarded the player and has to give up an equivalent pick in the following year’s draft.”

An example, the Cleveland Browns selected Baylor’s Josh Gordon as a second-round Supplemental Draft in 2012, forcing them to give up their second-round pick in the 2013 NFL draft.Usually, the NFL usually holds a draft lottery in which the worst teams in the league are weighted more to receive better opportunities to pick higher. For example, in this year’s Supplemental Draft, Tampa Bay would have their name drawing 32 times, Tennessee following at 31 times, Jacksonville following at 30 times, and so on. Once the lottery is done, the Supplemental Draft begins with the 10 worst teams (as per this year’s NFL Draft order) in the first drawing. A second drawing follows after that, drawing with the next 10 worst teams. Finally, the third drawing takes place featuring the 12 playoff teams from the previous season.Notably, selecting players in the Supplemental Draft takes place more like a blind auction where teams submit bids for given players without the knowledge of what other teams are doing. In the end, the highest bidder emerges as the winner. So, if (for example) two teams submitted two bids for Gordon in 2012 and one of them had a bid for him the first round, then Gordon would have ended up as a round 1 pick if the team bidding for him was placed higher in the lottery.History of the Supplemental DraftThe annual Supplemental Draft is mostly used by players who find themselves in some form of trouble (academically, athletically or legally) after the NFL Draft is completed. Probably, the problematic history of the players is the reason a good number of the supplemental draftees have had a number of off-field problems in the NFL.For instance, Josh Gordon has had an on-and-off dance with substance abuse problems and is currently suspended until the start of the 2016 NFL season.

Josh Brent, a seventh round pick by the Dallas Cowboys in the 2010 Supplemental Draft, also had several substance abuse problems that landed him in jail, the last of them being an indictment for intoxication manslaughter in the death of his teammate Jerry Brown. On January 24, 2014, Brent was found guilty of intoxication manslaughter in Brown’s case and was sentenced to 180 days in jail and 10 years of probation. On May 8, 2015, the Cowboys announced that Brent decided to retire from football and concentrate on his life from football.However, it has not been all bad with Supplemental Draft players. Gordon was a Pro Bowler in 2013, San Francisco linebacker Ahmad Brooks (who was selected with a third round pick in 2006 by Cincinnati) also reached the Pro Bowl, and Chris Carter (who was selected by Philadelphia as a fourth-rounder in the 1987 Supplemental Draft) earned the honors of becoming the first Supplemental Draft player to be inducted into NFL’s Hall of Fame. In fact, there have been other successful Supplemental Draft players, but to date, Carter is the only one to have earned the honors of being a Hall of Famer. 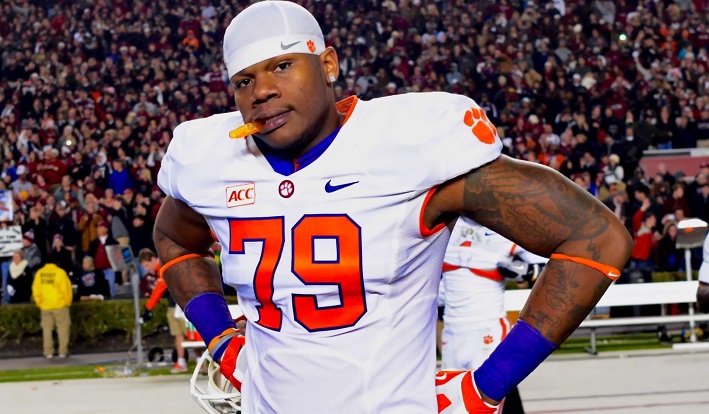 The 2015 Supplemental DraftAs per news from the NFL, the 2015 NFL Supplemental Draft will take place this week on July 9th. The Following players have, so far, been confirmed to be eligible for selection:Of the above players, Clemson’s Isaiah Battle seems to be the player who is attracting most interest, hence is likely to get drafted this year. The West Georgia players, alongside Eiland and Wilkins, could also get some airtime ahead of the 2015 Supplemental Draft, but it remains to be seen if they will get enough attention to be drafted.Sources:Sports.Yahoo.com (http://sports.yahoo.com/nfl/players/26561/)ESPN.go.com (http://espn.go.com/college-football/player/_/id/534591/isaiah-battle)
Older post
Newer post