NFL News and Rumors
One of the highlights of every online betting fan’s calendar are the Hall of Fame induction ceremonies. It’s always great to see veteran players get their glorious yellow jackets, and it’s also exciting to see the current crop of players take the field for the Hall of Fame Game. This season’s match-up in Canton, Ohio will see the Pittsburgh Steelers take on the Minnesota Vikings on Sunday night.

While we are not likely to get much of a look at the guys who will be starting this season, it’s still fun to watch the rookies get some playing time. What we are likely to see from the Steelers is a continuation of their new style of football. Gone is the hard-nosed running and gritty defense that Steelers fans have become used to over the years. That has been ditched in favor of a pass happy offense that was nothing short of explosive last year. QB Ben Roethlisberger is coming off a career year, which is not surprising given the offensive weapons he has around him. Le’Veon Bell emerged as a legitimate double threat, although he will miss the first two games of the regular season due to a suspension. Antonio Brown will once again be the go to guy, but look for Sammie Coates to get a lot of playing time at the WR position in the pre-season. The defense is going to be a young one this year, with the likes of Bud Dupree, Ryan Shazier, and Jarvis Jones all looking to have breakout years.The Minnesota Vikings team that takes the field this season is going to look a lot different from the one that played last year. That was a team that faced a lot of adversity, yet still managed to perform pretty well. Adrian Peterson will be back after serving a suspension for a child abuse scandal. He will feel that he has something to prove, as will former Steeler Mike Wallace, who proved to be a big money bust in Miami. Teddy Bridgewater had a very promising first season at the QB position, and it wouldn’t be a surprise if he got a nice chunk of playing time in the pre-season. On defense, the Viking will be looking for CB Trae Waynes to make a big splash, and it will be interesting to see how this young man fares against a pretty stacked Steelers offense. 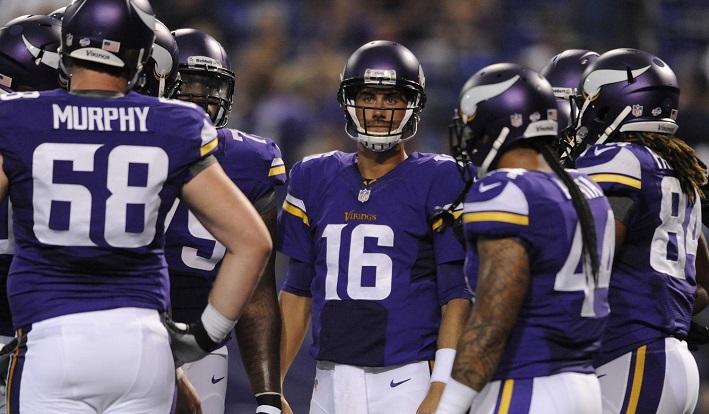 It’s always tough to make a pick in these pre-season games, but if I were to go ahead and stick my neck out, I would go with the Steelers to win this one 20-10.Sources:Sports.Yahoo.com (http://sports.yahoo.com/nfl/players/6770/)NFL.com (http://www.nfl.com/player/teddybridgewater/2543465/profile)
Older post
Newer post