NFL News and Rumors
As is the case every year, several general managers and head coaches, including Jim Harbaugh, Phil Emery, Rex Ryan, John Idzik and Marc Trestman, were evicted from their positions at the end of the 2014-2015 NFL season. However, a good number of these coaches landed new jobs (either in the NFL or NCAA Football), giving them a chance for redemption.In total, seven NFL teams replaced their head coaches from last year, and with a new season full of NFL odds looming ahead, the endless cycle of coaches being in the hot seat is going to start again. With some coaches carrying a ton of baggage from the past seasons and others expected to perform right away in their new jobs, here are the NFL coaches who are likely to find themselves in quagmire in 2015. 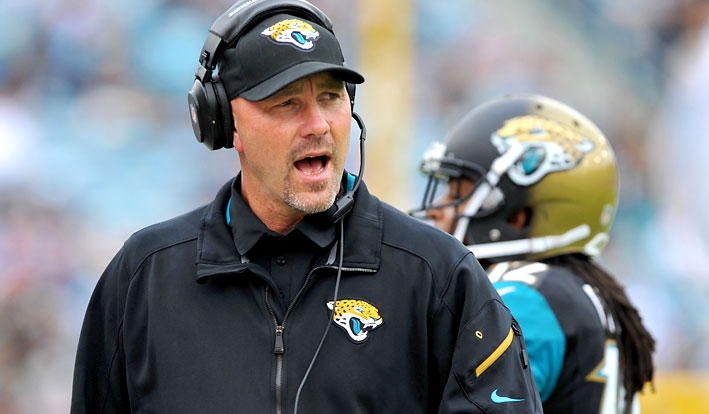 In spite of commanding a lot of respect amongst his peers and boasting of great reverence from his players, Bradley is just 7-24 in his two seasons leading the Jags. For most part, Bradley hasn’t had sufficient talent to work with, making his record excusable. However, the Jags have had a busy offseason, bringing in a bevy of talented players from the 2015 NFL Draft, including first-rounder running back T.J. Yeldon, guard A.J. Cann, and defensive tackle Michael Bennett. Meanwhile, the offseason addition of DT Jared Odrick and TE Julius Thomas are also expected to add to the continuous investments that have been made by Bradley’s bosses over the last two seasons. With such players at his disposal, a poor season could see Bradley thrown out of office. 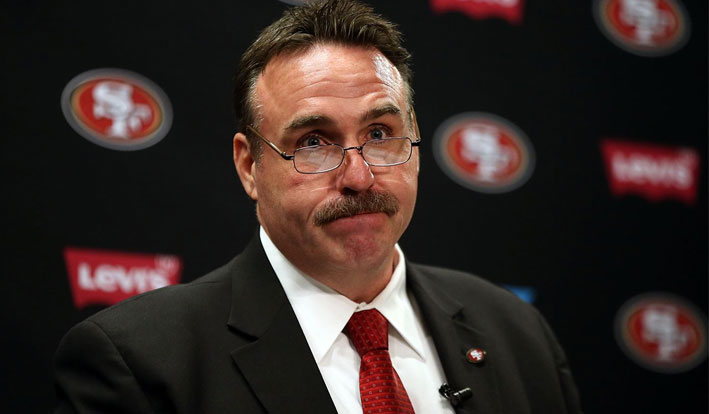 After sending Jim Harbaugh packing in the offseason, yet he was one of their most successful coaches, it wouldn’t be a surprise if Tomsula is shown the door at the end 2015 season, particularly if he doesn’t help the 49ers to improve. Making matters worse for Tomsula, his bosses are no-nonsense people with an insatiable appetite for success, so pleasing them won’t be easy. 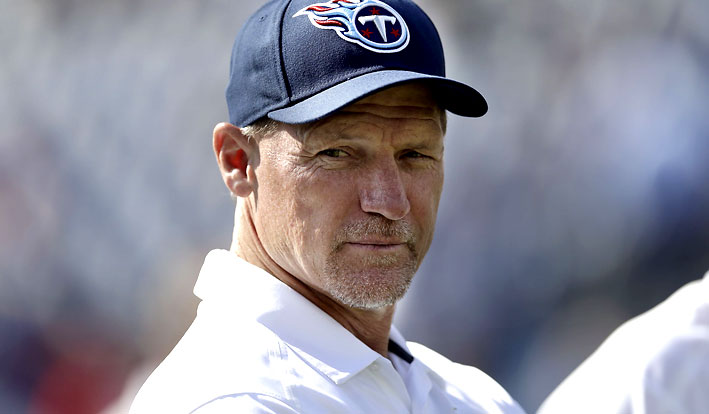 Coach Whisenhunt may have escaped the axe in 2014, but with one of the poorest records last season (2-14 in the weak AFC South), there is no doubt that his luck will be running out sooner rather than later if he fails to deliver an better season. While some teams in the league don’t even have one franchise quarterback, the Titans have Jake Locker, Zach Mettenberger and Marcus Mariota all at their disposal. If Whisenhunt is unable to show noticeable improvements with his team, not even his stellar reputation in the league will be able to save him from the axe. 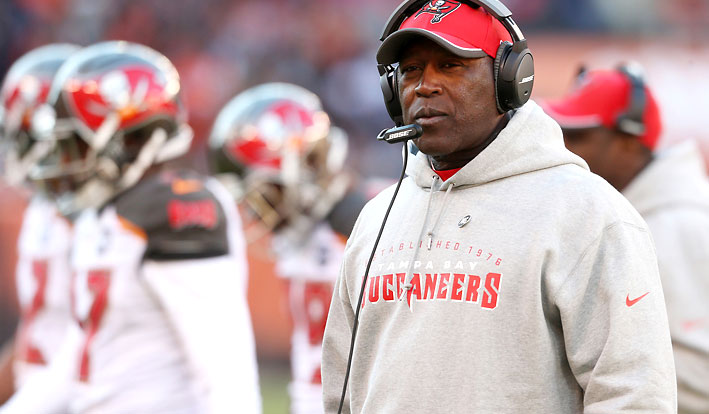 Of all coaches in the league, Smith is probably on the shortest of leashes. The Bucs had worst NFL record in 2014 and Smith could have easily lost his job. Fortunately, Smith joined the Bucs with a respectable record and his team had a couple of injuries that limited his team’s efficiency, buying him some time. With a greatly improved squad, including No. 1 overall pick Jameis Winston, Tampa Bay may be forced to look for someone else to take up the head coaching duties if Smith fails to show any progress. 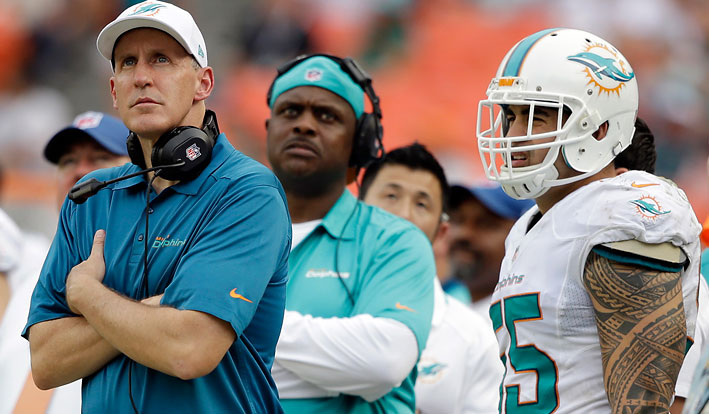 In 2012, the firing arrow was aimed at Philbin’s legs. In 2013, the target changed to his back. In 2014, it was adjusted to his heart. Right now in 2015, the firing marksmen are aiming for a killshot, targeted straight at his forehead. After posting a mediocre 23-25 record in his three seasons at the helm of Miami (in spite of getting a lot of support), Philbin’s bosses have given him one last chance to prove himself worthy. And to do so, the bosses have brought him all the weapons he needs, including big-dollars transfer Ndamukong Suh, Kenny Stills and Greg Jennings, while the draft equally comes with many crucial pieces like WR Devante Parker and RB Jay Ajayi. Failure to help the Dolphins swim to a winning season is likely to see him drowned in the murky waters of coaching casualties.Other Coaches who will probably be on the Hot Seat in 2015 include Jay Gruden (Washington Redskins), Jeff Fisher (St. Louis Rams), Jason Garrett (Dallas Cowboys) and Tom Coughlin (New York Giants).
Older post
Newer post