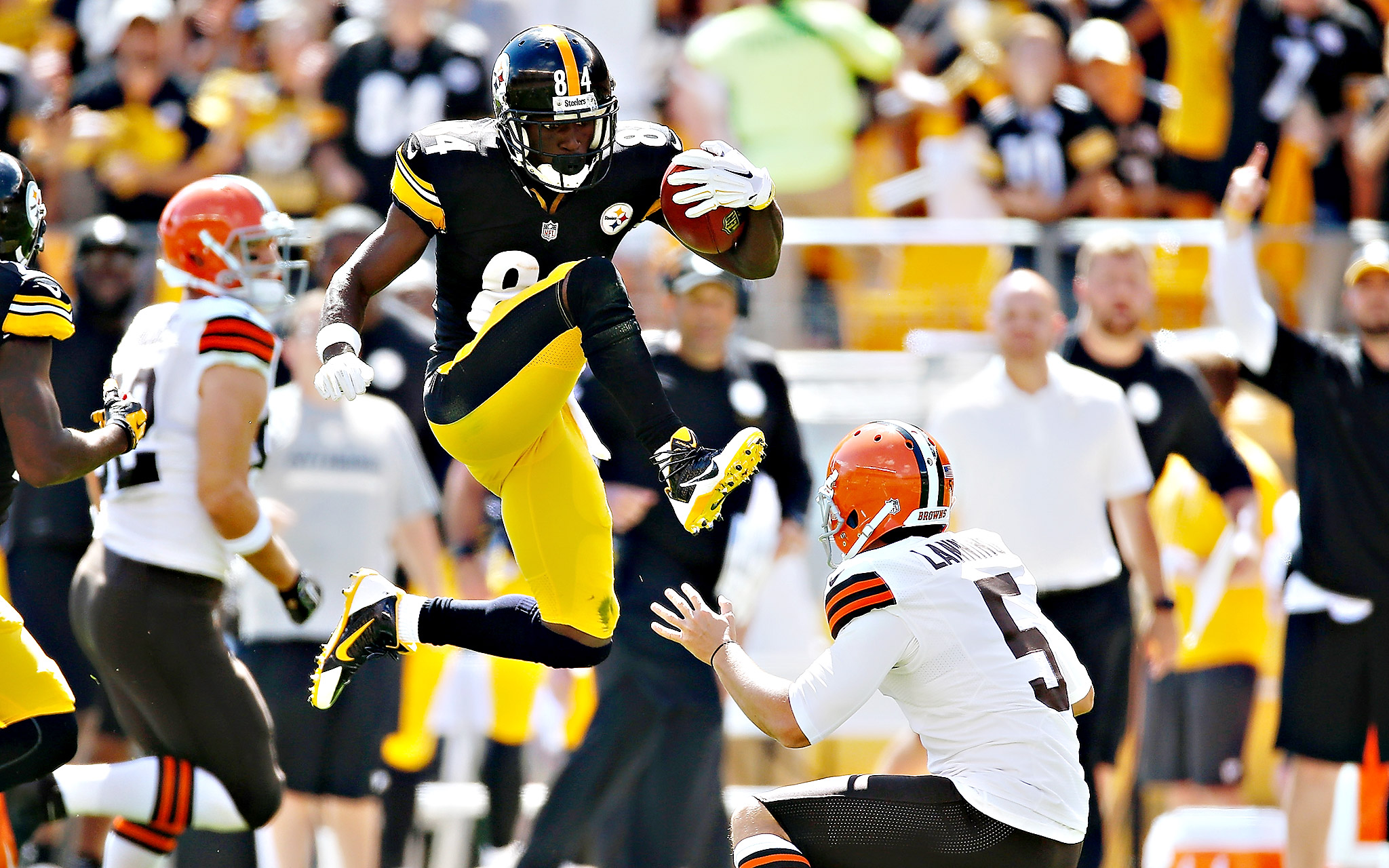 NFL News and Rumors
After losing to division rival Cleveland Browns which bumped them to last place in the AFC North, frustration is mounting for the Pittsburgh Steelers. The offense has only scored 20 points in the last two games, and the defense has struggled to stop third tier quarterbacks Mike Glennon and Brian Hoyer.How will this team respond on Monday Night Football against J.J. Watt and the Texans?

Take a look at the history of @steelers vs. Texans. pic.twitter.com/xtTtZnEbEE— Pittsburgh Steelers (@steelers) October 15, 2014

Texans Vs. Stellers Against the Spread Monday Night Football Odds

3 – 3 Houston battles 3 – 3 Pittsburgh in a game that could go a long way in deciding which of the two makes it to the NFL Playoffs. After starting out the season going 3 and 1, the Texans have since dropped their last 2, a 17 to 20 loss to Dallas and a 28 to 33 loss to Indianapolis.In both games, the Texans played well, but miscues, whether it was a missed sack by J.J. Watt against the Cowboys or a fumble by QB Ryan Fitzpatrick late in the game, cost Houston. They get a bit of a reprieve by battling Pittsburgh this Sunday. The Steelers simply aren’t as good as both Dallas and Indianapolis. Can Houston capitalize?

On offense, the Texans’ rushing attack has become one of the better in the NFL. It is ranked tenth overall and top rusher Arian Foster has really turned it on in recent weeks. Foster rushed for 157 yards against Dallas and 109 yards against Indianapolis. He’s scored 2 touchdowns in each of the last 2 games.The problem is that Houston’s pass offense has become one of the worst in the NFL. It’s averaging only 208.5 yards per game. That’s been the Texans’ Achilles Heel. A few more yards from Fitzpatrick in the passing game could have led to victories for Houston against Dallas and Indianapolis because of how well Foster ran the ball.Houston may not need to pass the ball against Pittsburgh. The Steelers are allowing over 100 yards per game on the ground. The offense is ranked sixth in the NFL, but a lot of that has to do with Pittsburgh’s own ability to rush the ball. The Steelers average 137.3 yards per game via the rush.

Rushing the ball will definitely help Pittsburgh control this game, but they’ve gone 1 and 2 straight up in their last 3 games and are also 1 and 2 against the spread during that time. Pitt is still battling against injuries in their line backing corps with Ryan Shazier listed as questionable and Jarvis Jones and Jordan Zumwalt on IR.Trends slightly favor Pittsburgh. The Steelers are 4 and 0 ATS in their last 4 after allowing 30 points or more in their previous game and 4 and 1 ATS in their last 5 games after allowing 150 yards rushing in their previous game. The problem I’m having backing Pitt is the half a point. Pittsburgh is 2 and 4 against the spread so far this season. They are 0 and 2 against the spread at home this season and since these two squads are both very good at running the ball, the half a point could be the deciding factor.I’m taking the points in this game. Houston at +3.5 seems like the best bet.Pick: Houston Texans +3.5
Older post
Newer post