NFL News and Rumors
While the National Football League has long been a Sunday staple in the US, it’s becoming increasingly popular with each passing year in other countries. During the rest of the 2010s, the league has scheduled even more regular season matchups to take place in the UK. As a result, betting on NFL tilts is going to continue growing as well. Even now, with just one NFL tilt taking place on this side of the pond each year, those who love American football can watch the sport all year long. As this sport garners more interest, it’s worth learning how to wager on NFL games.

Betting on the NFL

When it comes to betting on league games, there are three basic plays. The majority of bookmakers have a two-way win market on the result, which is basically the same of a 1×2 in soccer, but without the opportunity of a draw. These three plays are called the Money Line, Handicap and Total Points markets. The win market 1×2 is quite popular, probably because it’s easy to understand. You just put a bet on one team or the other to win. While ties are possible in NFL games, they are extremely rare, with only two or three happening in an entire league season. Some bookmakers return any two-way win wagers if the game is still tied at the end of the fourth quarter. Even though most games that are tied at this point are settled in overtime, standard bets generally apply to regular time. In North America, the handicap market is the most popular, and it’s also the standard starting point for bringing up relative chances in a game. The two teams are not equivalent in terms of strength, and so bookmakers set a line to bring the market level. Consider the example of a game between the Dallas Cowboys and the Washington Redskins. The Cowboys are favored to win by 8 ½ points (to avoid a push). So the offerings look like Dallas Cowboys -8.5 Washington Redskins +8.5. Betting on the Cowboys only wins if they prevail by 9 or more points. If not, bettors on the Redskin side win. Total points take a look at the combined scoring the two teams do during the contest. Bookmakers set a number and ask bettors to choose whether the total points will be over or under that number. Sometimes this sort of action is called the Over/Under.

After you have those three basic markets down, it’s time to consider some more sophisticated ideas. If you’re going to bet in handicaps, for example, it’s not enough to have an idea about which team is better. You also need to have an idea of how much better a team is – in other words, how many points that increased quality is worth. 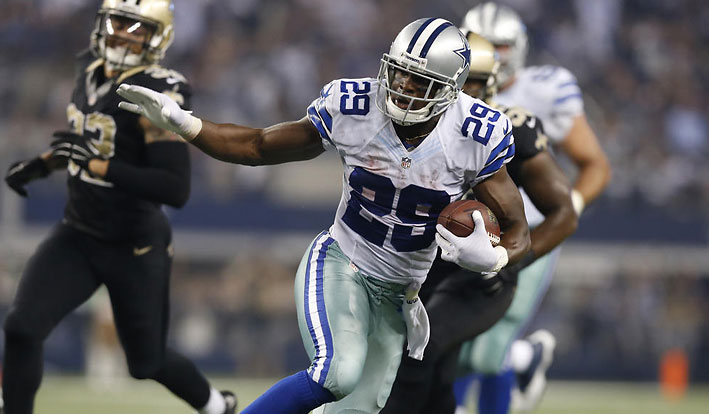 People who bet on the NFL as a career set up elaborate ranking systems to gauge relative areas of strength between teams to determine who is likely to have the upper hand. They measure this against odds and handicaps. When their calculations differ from the available bets out there, they use that bet to make their money. Here are some other handicapping systems to try.

Unlike many of the leagues in the UK, the NFL does not promote or relegate teams. Instead, its teams compete within a closed league, allowing for historical data over time. This allows the calculation for a home field advantage. To calculate this advantage for each team, subtract the points that visiting teams score from home teams, and then divide that team by games played. Over time, this has averaged out to about a three-point factor, which most handicappers now apply as a standard. Sources NFL.com (http://www.nfl.com/schedules) Wikipedia.org (http://en.wikipedia.org/wiki/Fixed-odds_betting)
Older post
Newer post