NFL News and Rumors
If you go back to the beginnings of the National Football League, you can see that the distribution of the teams has changed significantly. Today, there are 32 teams in 8 divisions, but when the league began there were only 15 teams (a scheduling nightmare, with a team off each week). Ohio alone had five teams (Akron, Canton, Cleveland, Columbus and Dayton). Indiana had two (Hammond and Muncie). Buffalo and Rochester had teams, but New York City did not. Chicago had two, and Illinois had two others as well. The small geographical distribution of the league had a lot to do with transportation issues more than betting odds. During the first years of the league, there were a lot of changes as teams folded or moved around while the league tried to find some semblance of stability. Some relocation decisions worked better than others, though. The most successful (and lasting) relocation was that of the Decatur (Ill.) Staleys. The league’s first season was in 1920, and Chicago had two teams: the Cardinals and the Tigers. At the end of the 1920 season, the Tigers folded, and the Decatur Staleys moved to Chicago, taking the name of the Bears in 1922. This team has the longest consistent history in one place, so clearly the move worked. The other Chicago team floundered around a bit, merging with the Steelers for a season in 1944 but returning as an independent squad in 1945. The team moved to St. Louis in 1960 and then to Phoenix in 1988, taking the name of the Arizona Cardinals in 1994. Its time in Phoenix has been relatively stable, although the team’s playoff appearances have been quite few. Some controversy right now surrounds the name of the Washington Redskins, but this team wasn’t always in the nation’s capital. They started in 1932 as the Boston Braves, sharing a stadium with the Boston Braves of the National League (baseball). After their first season, though, they moved over to the Red Sox home field, Fenway Park. At that time, owner George Marshall changed the team’s name to the Boston Redskins. This let them keep using their Braves uniforms while also establishing a connection (the word Red) to the Red Sox. To make the change seem even more authentic, Marshall brought in a head coach who was part Sioux: William “Lone Star” Dietz. While Boston is a football team now, thanks to the success of the Patriots, at that time it wasn’t, and not many fans came to the games. 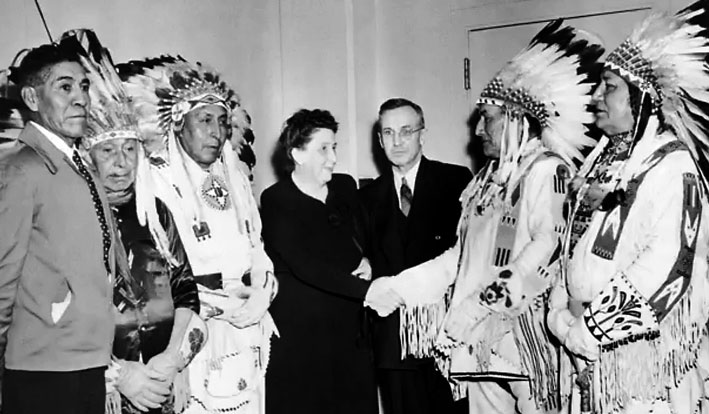 This lack of popularity was the reason for the Redskins’ relocation to Washington in 1937. Initially, they shared Griffith Stadium with the National League’s Washington Senators. That season, they won the Eastern Championship and the NFL Championship, against the Chicago Bears. The Redskins and the Bears developed one of the league’s first rivalries, with the two teams squaring off for the league championship in 1940, 1942 and 1943 as well. Between 1945 and 1970, the team had a lot of dysfunction in the front office, but it emerged again as a success in the early 1980s under head coach Joe Gibbs. Perhaps the most famous relocations involved the Cleveland Browns and the Baltimore Colts. Art Modell took the Browns’ franchise to Baltimore, although the league wouldn’t let him take the name – or even the uniform scheme. In Baltimore, the team took on the Ravens name and has won two Super Bowls since the move. The reason why Baltimore needed a team was the nighttime move of Baltimore to 1984 in which the team secretly moves its offices in the middle of the night to avoid an eminent domain claim from the Maryland legislature. In Indianapolis, the team won a Super Bowl with quarterback Peyton Manning at the helm.   Sources Wikipedia.org (http://en.wikipedia.org/wiki/Washington_Redskins_name_controversy) ProFootballHOF.com (http://www.profootballhof.com/history/team/cleveland-browns/)
Older post
Newer post