NFL News and Rumors
The New England Patriots and NFL betting fans may have thumbed their collective noses at the league by starting Tom Brady in their preseason opener. He is suspended for the first four regular season games of the 2015 season, pending the outcome of proceedings coming from federal court. However, he is eligible for all preseason activities, which include taking part in preseason tilts. He only attempted four passes during his cameo, though, giving way to the presumptive starter during his suspension, untested quarterback Jimmy Garoppolo.

A look at Jimmy Garoppolo’s night and the rest of PFW’s stock watch after preseason game one: http://t.co/F54Jjvox0M pic.twitter.com/SHPdsECz2O

There has been considerable curiosity all over New England as to how Garoppolo will play in Brady’s absence (of course, if judge Richard Berman throws the suspension out, all of this will become moot, but Bill Belichick has to act as though he won’t have Brady until Week 6 (the Patriots have their bye in Week 4 this season, the first week when they can have one). 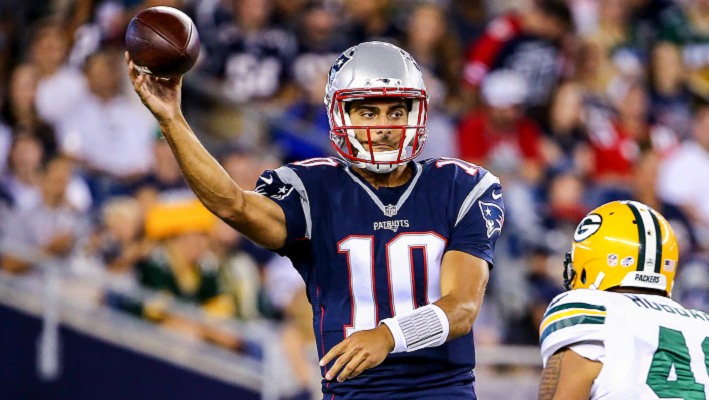 So how did Garoppolo look in his preseason action? He went 20 for 30, throwing for 159 yards and one interception. In the first half, Garoppolo was particularly rough, going 5 for 13. He looked more settled in the second half, but the offensive line struggled to provide even basic levels of pass protection, so he didn’t have time to drop back and take a good look at the field. This made it hard for him to move the ball. He took seven sacks, and the team was only able to put up 11 points. 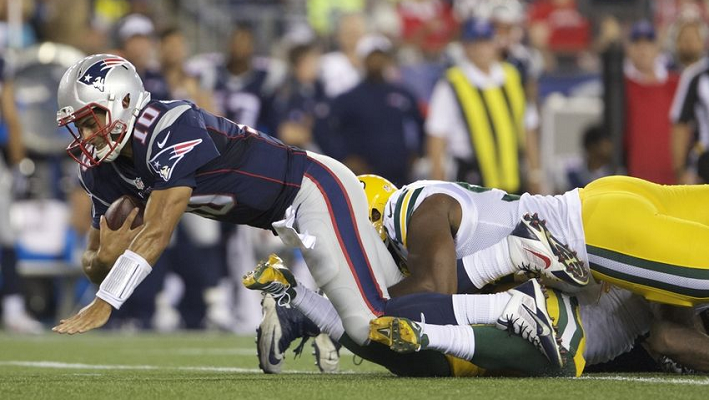 How much of this is on Garoppolo? One temptation for young quarterbacks is to make a play even when things around him break down. Garoppolo was guilty on at least a couple of occasions of holding onto the ball a little too long and taking a sack, losing yardage when he could have air mailed the ball out of bounds and headed to the next down. That’s a lesson that young quarterbacks have to learn. 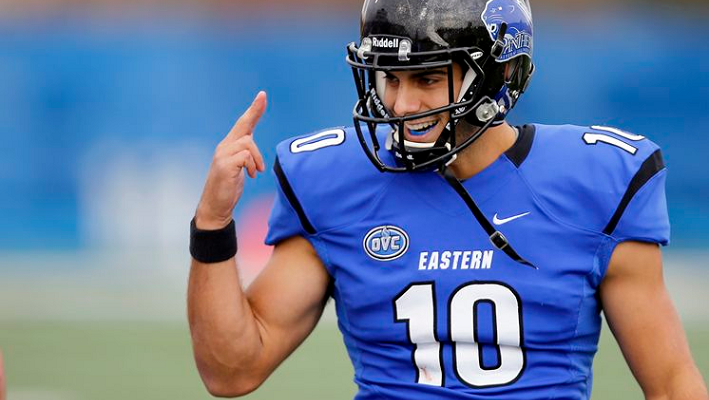 However, other than that, it’s hard to put the blame for the Patriots’ performance at Garoppolo’s feet. Garoppolo went to Eastern Illinois, which is also the alma mater of Dallas Cowboys quarterback Tony Romo. Cowboys fans used to blame the offensive woes of the Cowboys on Romo’s inability to move the ball down the field. However, he was playing behind a subpar offensive line for much of the early stages of his career. Now that the Cowboys have invested in a solid line, Romo looks much better – having the time to drop back and throw, and having the luxury of a rushing game have combined to make his life much easier. 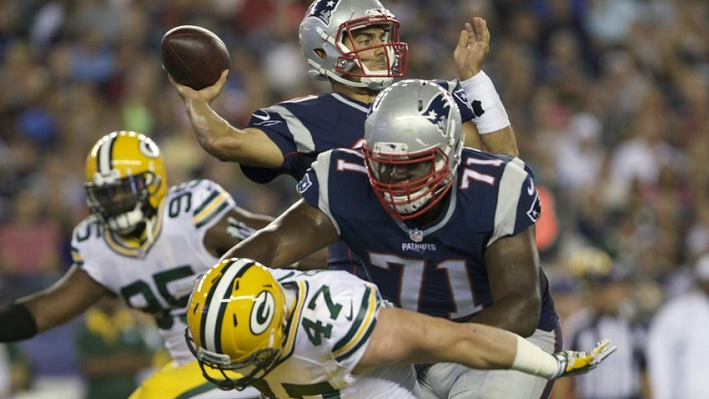 If Garoppolo were playing behind a better offensive line, there’s no doubt that he would have performed better in his preseason debut. Quarterbacks who spend the game running for their lives make poorer decisions and throw the ball way more often – and they can’t see defenders jumping the routes for interceptions as easily. So Garoppolo definitely deserves a pass. If Brady returns and the line hasn’t improved, then Brady will struggle just as much as Garoppolo did in his preseason opener.
Sources:USAtoday.com: http://www.usatoday.com/story/sports/nfl/patriots/2015/08/17/jimmy-garoppolo-dino-babers-eastern-illinois-tom-brady-deflategate/31865181/USnews.com: http://www.usnews.com/news/sports/articles/2015/08/13/brady-makes-brief-show-in-patriots-22-11-loss-to-packers
Older post
Newer post