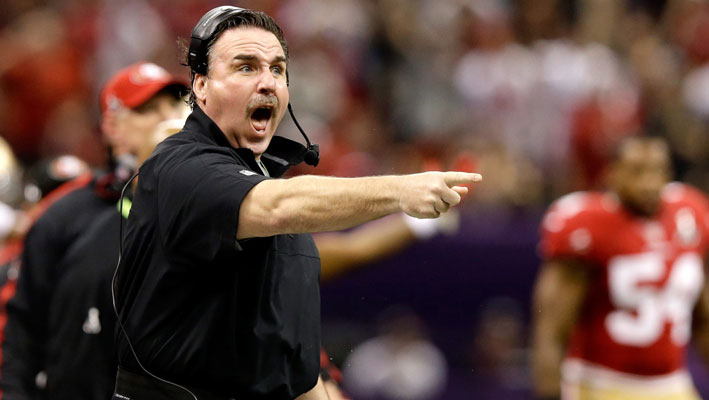 NFL News and Rumors
During the offseason, seven NFL franchises hired new head coaches, in hopes of turning things around, after they all missed out on the playoffs last season. Some these seven men will have success with their new teams, while some won’t have as much, and could find themselves on the unemployment line at the end of the season. Now that the draft is over, the NFL odds are set and most teams have signed the free agents that they hope will have an impact on their respective teams, it is time to take a look at these new head coaches, and predict how they will fare in their new jobs during the 2015 season. 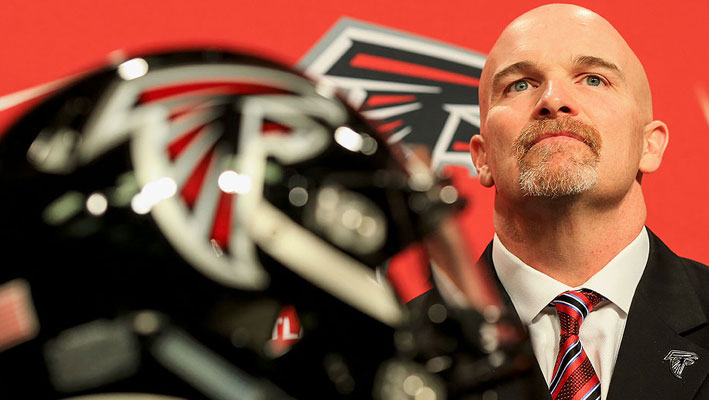 The Atlanta Falcons won six games last year, but were surprisingly still in the hunt for the division title until the final weeks of the season. Dan Quinn was the defensive coordinator for the Seattle Seahawks last season, and is walking into a pretty good situation, because the Falcons have a lot of talent at their skill positions, with Matt Ryan, Julio Jones, and Roddy White. Their biggest weakness last year was their defense, and with Quinn at the helm, they should be able to turn things around pretty quickly. The Falcons are also fortunate to play in the NFC South, which was won by the Carolina Panthers with a 7-8-1 record, so I won’t be surprised to see them in the playoffs this season. 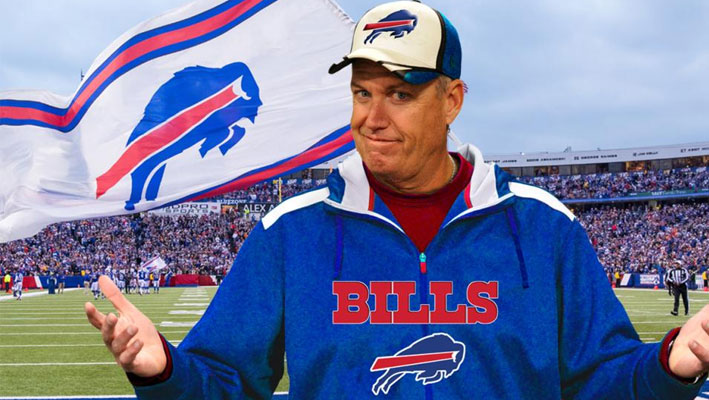 Rex Ryan was fired by the New York Jets, after a 4-12 season, but a lot of the blame can be placed at the feet of former General Manager Tom Idzik, who refused to spend money on players that could help the team win. In Buffalo, the Bills already have the type of players that Ryan likes on the defensive end, so expect them to have one of the best defenses in the league. Offensively, the team traded for LeSean McCoy during the offseason, but they still have questions at the quarterback position. With E.J. Manuel, Tyrod Taylor, Matt Cassel, and Matt Sims as the quarterbacks on their roster, and with the New England Patriots and Miami Dolphins in their division, I don’t see them finishing better than 8-8. 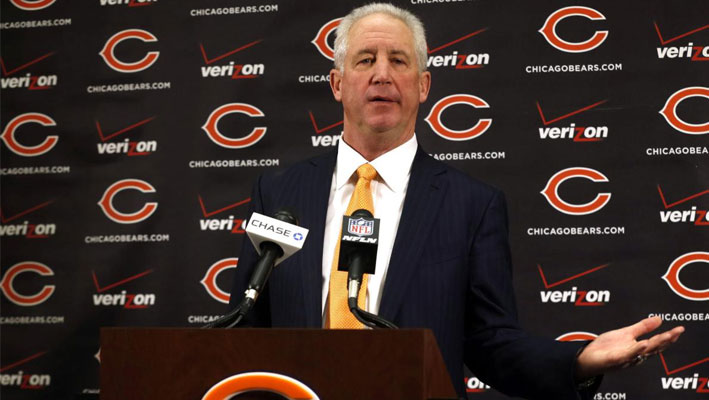 John Fox has had success as the coach of the Carolina Panthers and the coach of the Denver Broncos, going to the Super Bowl with both teams. While he is still searching for his first Super Bowl win, many feel he is the right man to turn things around in Chicago. Fox is known for having very good defensive teams, so you can expect an improvement in Chicago’s defense, but the offense is still in the hands of the enigmatic Jay Cutler, so you don’t know how good the offense will be. They are in the NFC North with the Green Bay Packers and Detroit Lions, who made the playoffs last year, and with the Vikings expected to be good this year, it will be a tough division to get through. Since Fox is still going to make some personnel changes to shape the team the way he wants, the Bears will win more than the five games they won last year, but I don’t see them with more than eight wins. 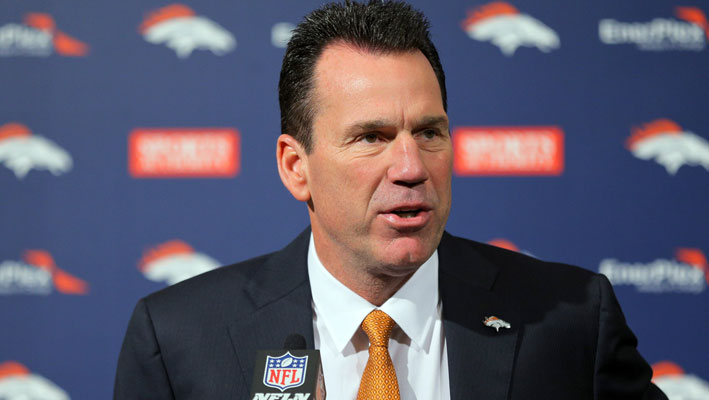 After some success with the Baltimore Ravens as their offensive coordinator, Gary Kubiak is returning to the team he played for, and coached as the offensive coordinator on their Super Bowl winning teams. He seems to be the new coach with the most ideal situation, because he gets to coach a future Hall of Famer like Peyton Manning, and the team is one year removed from a Super Bowl appearance, and also very talented. The only problem he faces is the fact that he will be quickly replaced if the team doesn’t win the Super Bowl in the near future. There is no doubt that he will be able to lead this team into the playoffs, the question is will he be able to get past the Indianapolis Colts and New England Patriots? With the Patriots quarterback suspended for the first four games of the season, the Broncos should be able to gain home court advantage, and advance to the Super Bowl for the second time in three years. 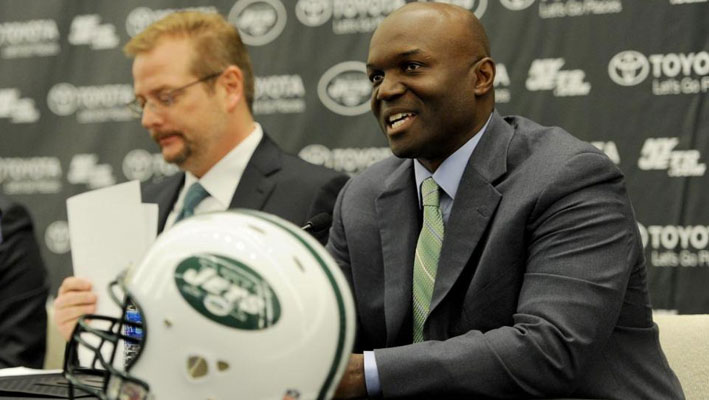 The Jets replaced Rex Ryan, a defensive minded coach, with Todd Bowles, another defensive minded coach, who was the defensive coordinator of the Arizona Cardinals last season. Bowles will try to get the Jets defense going again, and the Jets added some offensive weapons like Brandon Marshall in the offseason. The biggest question everyone has, concerning the Jets this season, is if Geno Smith can become the player that the Jets hoped he would be when they drafted him. If he can, the Jets can make a little noise this year, but if he can’t they will find themselves at the bottom of the division again, which is the most likely scenario. 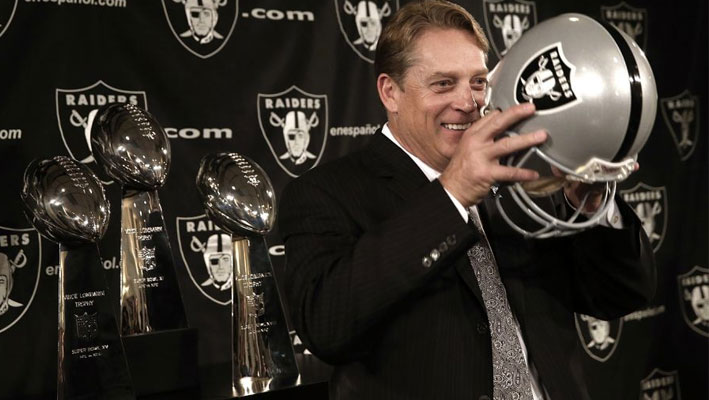 The Raiders have been so bad for a long time now, which means the only place they can go is up. They have some good young talent in quarterback Derek Carr and rookie receiver Amari Cooper, but they are still a long way from becoming playoff contenders. Del Rio will definitely help them get more wins this year, but they probably won’t win more than five games. 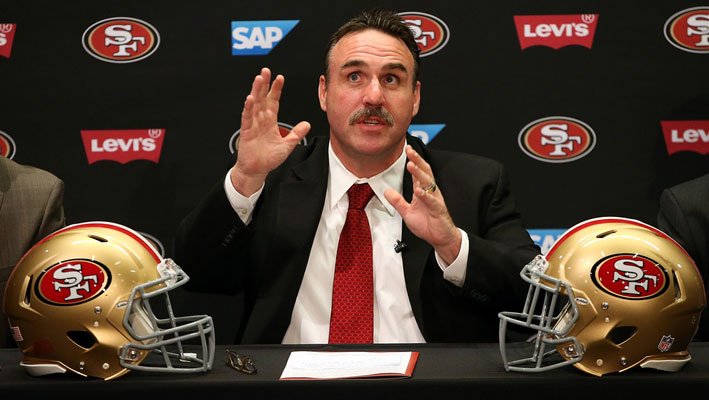 When he first got the job, Jim Tomsula thought he was walking into a great situation, but after the events of the offseason, he is going to have to perform a miracle to get the 49ers back to the playoffs. The 49ers had an exodus of players this offseason, and they lost some of their best defensive players to early retirement. On the offensive end, they lost veteran running back Frank Gore, and two of their best offensive linemen, so it is going to be hard to fill all those shoes. The fact that they play in the NFC West only makes things worse, because they have to play the Seattle Seahawks, Arizona Cardinals, and St. Louis Rams twice. From the way things are currently looking, the 49ers will be lucky to equal their win total of eight wins from last year. Sources: Pro-football-reference.com: http://www.pro-football-reference.com/coaches/RyanRe0.htm 49ers.com: http://www.49ers.com/team/coaches/Jim-Tomsula/7aae50af-6ec6-40de-bc04-5b6059daacd5
Older post
Newer post