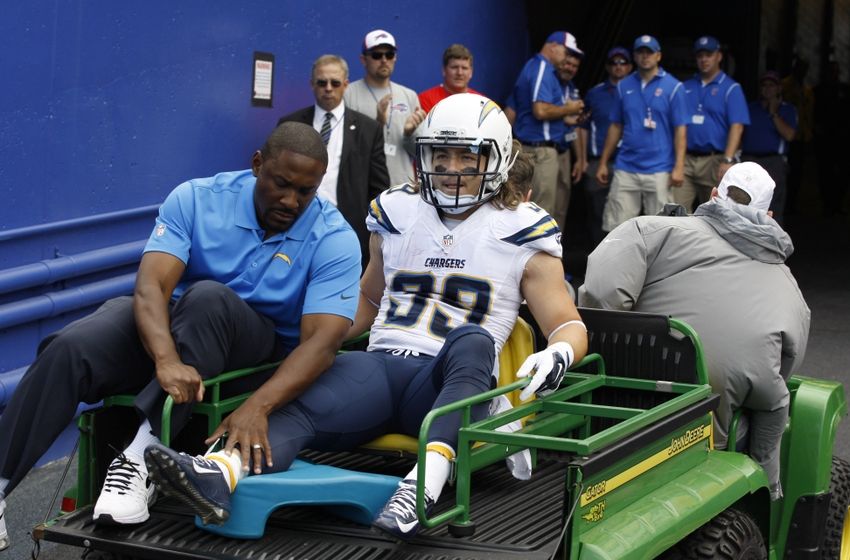 NFL News and Rumors
We are about to close Week 3 of the 2014 NFL season, which means that a considerable number of injuries already piled up through the weekend. Some of these injuries and player names probably don’t mean a lot for NFL betting fans, but going over the injury list and identifying the sensible losses heading to Week 4 may help bettors to get an idea of what’s going on and take advantage of the early NFL game odds. Here’s what we know now regarding injuries around the league, so let’s get to business.Arizona Cardinals – QB Carson Palmer was out for the win against the 49ers, as was TE Rob Housler. RB Andre Ellington went and managed 62 yards on 18 carries.Atlanta Falcons – The Falcons are banged up at the WR position, with Harry Douglas, Roddy White, and Julio Jones all listed as either questionable or probable.Baltimore Ravens – TE Dennis Pitta suffered a dislocated hip and will remain in hospital overnight for observation.Buffalo Bills – WR Sammy Watkins continues to have rib issues and only had 2 catches for 19 yards.Carolina Panthers – RB Jonathan Stewart was taken out of the Sunday night game against the Steelers with a knee injury.Chicago Bears – TE Zach Miller and WR Marquess Wilson remain on IR, while receivers Brandon Marshall and Alshon Jeffrey are both questionable.Cincinnati Bengals – Their biggest concern is at the WR spot, where A.J. Green played on the weekend despite turf toe problems.Cleveland Browns – TE Jordan Cameron remains listed as questionable with a knee injury. Ben Tate is still listed as inactive.Dallas Cowboys – QB Tony Romo was reported to have back issues, while Dez Bryant and Gavin Escobar as listed as questionable.Denver Broncos – Jordan Norwood and Virgil Green are bout our injured, while Cody Latimer sat out as a coach’s decision.Detroit Lions – RB Montell Owens was out with a hamstring injury.Green Bay Packers – WR Jared Abbrederis is out with a knee injury.Houston Texans – RB Arian Foster was listed as inactive due to a nagging hamstring injury. He joins a long list of walking wounded on the Texans.Indianapolis Colts – RB Vic Ballard remains on IR with an Achilles injury.Jacksonville Jaguars – The Jags have an injury list that includes players hurt and suspended.KC Chiefs–RB Jamaal Charles remains out with an ankle injury.Miami Dolphins – RB Knowshon Moreno is out with an elbow injury, while TE Arthur Lynch is on IR with back issues.Minnesota Vikings –QB Matt Cassel is out with a foot injury and RB Adrian Peterson is indefinitely suspended.NE Patriots – RB Tyler Gaffney and WR Greg Orton are both on IR.New Orleans Saints – RB Mark Ingram remains out with a hand injury.NY Giants – The giants are hard hit at the WR position, with 5 players out (Harris, Manningham, Holliday, Jernigan, and Beckham).NY Jets – WR Eric Decker is questionable with a hamstring injury.Oakland Raiders – RB Maurice Jones-Drew is out with a hand injury.Philadelphia Eagles – WR Josh Huff remains on the inactive list with a shoulder injury.Pittsburgh Steelers – Jarvis Jones, Ryan Shazier, and Ike Taylor all left the Sunday night game with injuries.San Diego Chargers – The biggest concern for the Chargers is at TE, where Antonio Gates remains questionable. Also ESPN.com reports that RB Danny Woodhead sustained a severe high ankle sprain with a fractured fibula.Seattle Seahawks – Taylor Price, Anthony McCoy, and David Gilreath are all on the IR list.San Francisco 49ers – WRChuck Jacobs and RB Kendall Hunter are both on the IR list.St. Louis Rams – QB Sam Bradford is out for the year with a knee injury.Tampa Bay Buccaneers – RB Charles Sims remains in IR with an ankle injury.Tennessee Titans – RB Dexter McCluster and QB Charlie Whitehurst are both listed as questionable.Washington Redskins – WR DeSean Jackson suffered a shoulder injury and is likely to remain sidelined for at least a week.Running back Darrel Young was also out of the game vs Philadelphia and remain probable for practice.
Older post
Newer post