NFL News and Rumors
Even though the NFL has gone through one of the busiest free agent periods in recent league history, quarterback Michael Vick still doesn’t have a team. His 2014 NFL betting season with the New York Jets didn’t go well, and now there doesn’t seem to be any interest at all. Are there really no teams among the league’s 32 franchises who can’t use a quarterback? Remember, he was the Eagles’ starter in 2013.What kind of team could use Michael Vick? It would have to be a contender, because a rebuilding franchise shouldn’t center its hopes around a signal-caller who is turning 35. There also needs to be an established starter. Vick would be going in as the backup, and there would need to be a situation without any competition. The team would need to have an opening for a veteran backup.Here are some teams where the situation just might work out right.Dallas Cowboys. Did anyone else see how awful Brandon Weeden was when he had to fill in for Tony Romo last fall for the Cowboys? Sure, he led a touchdown drive against the Washington Redskins, but when he faced stiff competition against Arizona, the Cowboys couldn’t move the ball at all. Romo is one hard hit in the back from missing some more serious time, and the Cowboys need to have a better plan in place than the untested Dustin Vaughan just in case Romo goes down again.Seattle Seahawks. Do you know who Russell Wilson’s backup is? Tarvaris Jackson. The Seahawks are currently negotiating with Jackson to come back as the #2 quarterback, but would you really rather have him over Michael Vick? It’s not like Vick would demand a huge salary.Pittsburgh Steelers. Ben Roethlisberger’s backup is the 32-year-old Bruce Gradkowski, who did acquit himself nicely in a game last year. However, if Big Ben went down for an extended period of time, wouldn’t you rather have the more athletic Vick than Gradkowski under center?New York Giants. Eli Manning is an iron man when it comes to starting games. This means that the Giants never have to turn to a backup quarterback. But what if the unthinkable happens – like it does to most other NFL teams? Vick could give Tom Coughlin a lot fewer headaches off the bench than the backups that the Giants have been using.Arizona Cardinals. Yes, Carson Palmer is back. Don’t you think the fans in the desert would have liked to see Vick on their roster last year, when two other quarterbacks went down and the team couldn’t score 10 points a game?Green Bay Packers. After Aaron Rodgers, the other quarterback in Wisconsin is Scott Tolzien. The team is high on Tolzien, but Vick would make a terrific insurance policy just in case something happens to Rodgers. 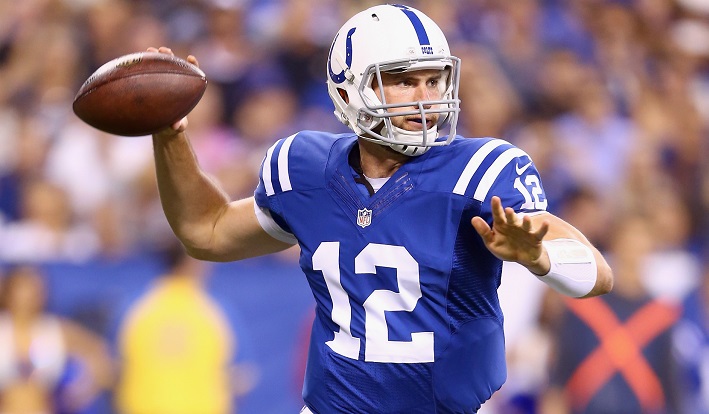 Indianapolis Colts. Andrew Luck’s backup quarterback is Matt Hasselbeck. In September, Hasselbeck turns 40 years old. While not many teams would see Michael Vick as an infusion of youth into their system, the Colts would be an exception to that pattern.Tampa Bay Buccaneers. Jameis Winston is coming to town, and Mike Glennon is there as well. Don’t you think Vick could offer Winston some mentoring, having been through all the ins and outs of the legal system – as well as having fans boo against him because of his off-the-field issues? Winston is about to go through some of that as well, and Vick could provide some helpful perspective.Sources:ESPN.go.com (http://espn.go.com/nfl/player/stats/_/id/2549/michael-vick)NFL.com (http://www.nfl.com/player/matthasselbeck/2501078/profile)
Older post
Newer post