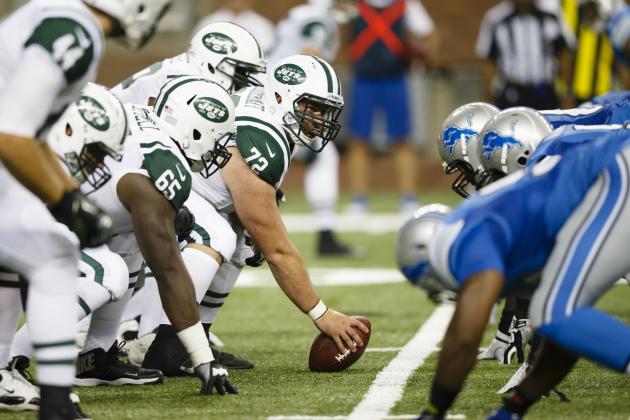 NFL News and Rumors
In what is anticipated to be a game dominated by strong defensive-line play and pass-oriented attacking, the Detroit Lions will be playing the New York Jets on Sunday, Sept. 28, at 1:00 ET in the MeLife Stadium, New Jersey. A crucial divisional win against the Green Bay Packers ensured that the Lions recorded a 2-1 start of the season. The victory also puts them as 1.5 favorite according to the latest NFL game lines. Following back to back defeats against the NFC opponents, the Bears and the Packers, the 1-2 Jets have a lot of refueling to do if they are to fly past the Lions who are hungry for another victory.The college betting odds of winning this game will be pretty close. This is because the last 12 games between these two teams have been interestingly split right in the middle—both the Lions and the Jets have won six games each. The Jets are the most recent victors of this duel with three successive victories against the Lions.

The 35-14 win over the New York Giants in Week 1 illuminated how the Lions can light up a game with the team’s strong attack. All they need now is to move the ball quickly and pass more accurately. The good new for them is that Calvin Johnson and Mathew Stafford had standout passing performances in last week’s game. If they can repeat the same fluidity this week, then a strong passing game by the Lions is in the offing.Plus, as we have seen this season, the New York Jets’ defense can sometimes be full of laxity, so Johnson and his compatriots could run circles around them. Of course, the strong passing and attacking has to be complemented with the Lions’ solid defensive line that bullied Packers’ Aaron Rodgers and his company all night.Game Odds:LIONS: -1½-110, OV 45 -110, ML -125JETS:   +1½-110, UN 45 -110, ML +105The Jets, as their name suggests, are very good at running—or better yet, flying—the ball. According to the Jets Coach, their “ground and pound” attack is very calculative and lethal. And with runners like Chris Ivory, Chris Johnson, Bilal Powell and QB Geno Smith all adept in the ground attack system (all these players have at least 20 carries); the Lions will must find ways of countering the system if they are to grind out a victory from the game.Notably, D’Brickashaw Ferguson has been formidable for the Jets in pass protection. However, he is not very good at blocking runs. The Lions can take advantage of this and slow down the Jets’ running attack on the left flank. This way, they will be able to make up for the right flank of the Jets’ attack which, on a good day, is usually unstoppable.

This is going to be a great game for NFL betting fans as the Lions look the strongest to carry the day. The Jets will force some turnovers and stop the Lions’ passing game for some spells in the game, but Detroit will eventually get a win against the spread courtesy of brilliant performances by Johnson and Stafford.
Older post
Newer post