NFL News and Rumors
The Kansas City Chiefs had to feel optimistic about their Week 2 NFL betting tilt against the Denver Broncos. After all, they had torched the Houston Texans in Week 1, and Peyton Manning had struggled in the Broncos’ attack in Week 1. The Chiefs had the Broncos at home, and they were up 24-17 fairly late in the fourth quarter. However, the Broncos stormed back to tie the game and then, as the Chiefs were trying to run the clock out and get to overtime, Chiefs running back Jamaal Charles coughed up the ball, and Broncos cornerback Bradley Roby grabbed the ball and ran into the end zone from 21 yards out. This meant that the Broncos only had the lead for 27 seconds in this game, but they were the last 27 seconds.

Just can’t get enough of these images from Thursday night’s win. Take a look http://t.co/aRaqs87slq pic.twitter.com/dozGjckKxB

So What did NFL Football Betting Fans Learn from this game?

The Broncos’ offensive line still needs a lot of work. For most of the game, Manning was running for his life. The Chiefs sacked him three times and hit him seven times overall. The line also didn’t do much to help their running backs find holes. C.J. Anderson carried the ball 12 times for just 27 yards. He did hurt his toe in Week 1 against Baltimore, but that didn’t explain the minimal amount of room that he had. Ronnie Hillman also needed more room in the Broncos’ backfield, only picking up 34 yards on nine carries. 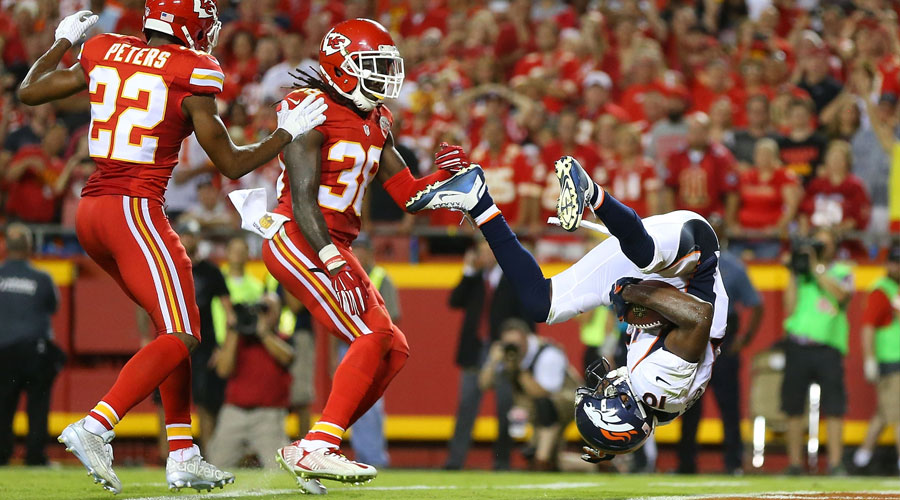 The Broncos have also decided to get more out of their tight ends. In Week 1, Owen Daniels only got two targets and two catches for all of five yards. Virgil Green had a target but didn’t catch the ball. Because Broncos head coach Gary Kubiak usually focuses on the tight end heavily in his offensive system, this was a bit of a surprise. This would change against the Chiefs, though. Both Green and Daniels were used a great deal more, and they were keys in the Broncos moving the ball up and down the field in the later stages of the game. Five balls went Daniels’ way, and he caught three of them for 19 yards. Green was targeted three times, and he hauled in two of those for 12 yards and a score. 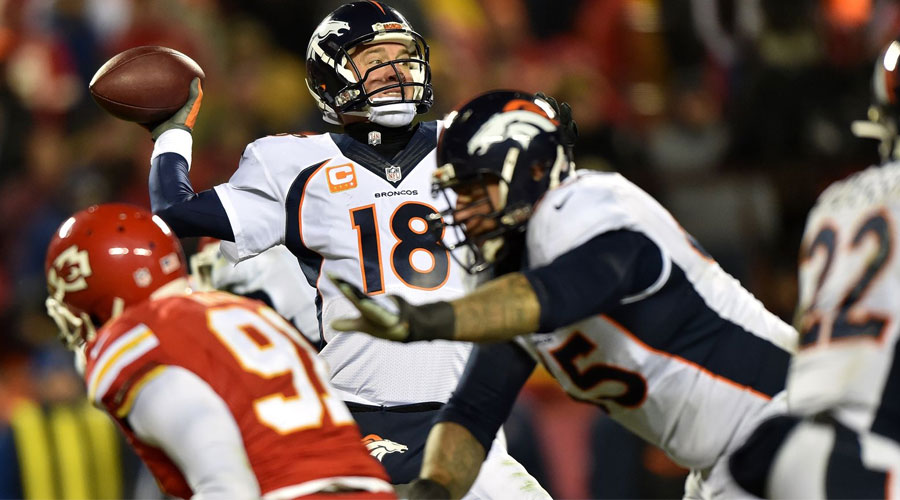 On the Chiefs’ side of the ball, QB Alex Smith also needs some more help against opposing pass rushes. It’s true that the Broncos’ defense is relentless with the pass rush, but Smith is not the sort of quarterback who can dodge the rush for a while, improvise and then make an amazing play down the field. He is a quality game manager, but that means that he doesn’t move much, and he doesn’t like his pocket to be disrupted a lot. Linebacker Von Miller got his first sack against Smith, and it was his 50th sack of his career. Only two other players have gotten to 50 sacks in their career in fewer games. DeMarcus Ware picked up his 129th career sack in the first quarter, moving him into 13th most all time in the NFL, going past linebacker Rickey Jackson. Picking up Ware was one of the more savvy moves of the John Elway era in Denver, as he and Miller are combining to be one of the most lethal pass rush duos in the NFL.
Older post
Newer post