NFL News and Rumors
Whether it is a superfluous gimmick meant to orient fallacious hope, or an inspired pull-a-rabbit-out-of-the-hat type of trick from the whimsical Chip Kelly is for you to judge, but the bottom line for now is that the famous Tim Tebow is an official member of Philadelphia Eagles and it’s got Philly fans all dreamy-eyed with belief in the team this NFL betting season. What could possibly wrong with that? Perhaps not much. The league is already filled with many Johnny Manziels, who were pegged to be great pro-ballers in the league but have, in hindsight, become major disappointments, so one more number to that list would probably not have much effect, I guess.Not according to coach Kelly.And definitely not according to the Cleveland Browns, who mortgaged the club’s future on Johnny Manziel and need him to start paying dividends.Unimpressive as Manziel was in his 2014-15 season, and irrespective of Tebow’s absence from the NFL since the beginning of the 2013 season, both the Browns and Eagles will (at some point in the 2015-16 NFL season) need the two players to deliver. After all, both players were winners of the prestigious Heisman Trophy after having stellar careers in college, both were elite players in the gruesome SEC division and excelled as starting QBs to win the Manning Award, and their coaches believe that they still have a lot of football to play, in spite of their much-discussed struggles in transitioning into the world of Pro-football. 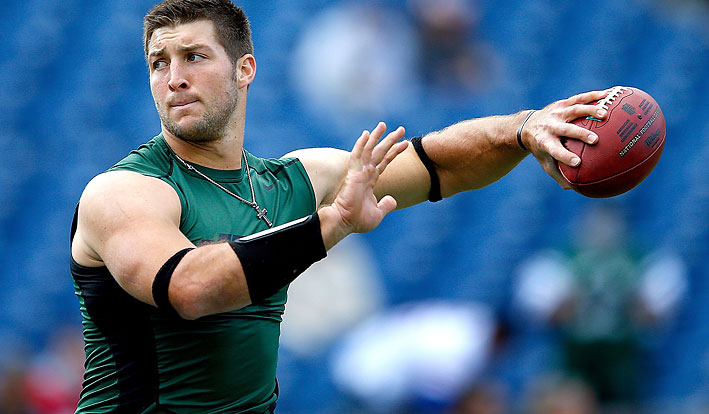 That being said and duly considered, let’s do a short comparison of the two players, zeroing down to how we believe both players are likely to feature for their respective teams in the upcoming NFL season.

Born into a family of missionaries in the Philippines, Tebow is known to be a Christian with a lot of reverence for the Good Book and walking down the straight and narrow path. So, even with his celebrity status and his many celebrity friends, Tebow’s off-field life has never been brought to disrepute, particularly in regards to affecting his on-field performances. If Tebow can thus find his groove on the field, his playing time (as well as his efficiency) could increase for the Phillies.Manziel, on the other hand, has been a magnet for off-field trouble, attracting all manner of controversies in arena like dating, alcohol, drug abuse, and excessive partying, which have arguably contributed to his lapses in concentration during practices and games. Last I heard, Manziel had (anonymously) checked into some fancy rehabilitation center to sort out his drug problems and character concerns. Assuming he is out and clean, then 2015 could be a better year for him. If the talks about him being a “changed man” are untrue, then the great likelihood is that he will continue to be distracted by his over-indulgence in the partying and all, thus limiting his chances for a productive season.

After serving most of last season as Cleveland’s starting QB, Brian Hoyer moved to Houston and is reportedly settling quite well with the Texans. As a replacement, the Browns brought in veteran quarterback Josh McCown through free agency and the latest reports indicate that the 35-year-old is likely to get the starting job, according to Cleveland Coach Mike Pettine.McCown is certainly a great option, and it doesn’t look like Manziel will be getting much of playing time in 2015, unless McCown is injured or fails to deliver as expected. Nonetheless, the Browns are still hopeful that Manziel will be an impact player in the near future, so any quick improvements by Manziel during practice could accelerate his timeline of becoming the starting QB for Cleveland. 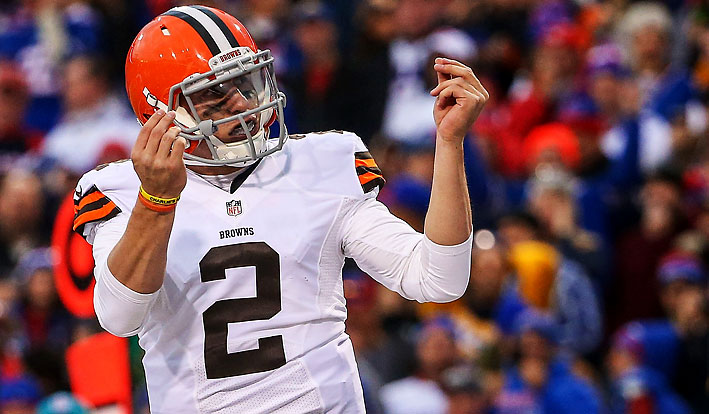 Conversely, Tebow will be fighting for the QB job with starter Mark Sanchez and backups that include Sam Bradford, Matt Barkley, and G.J. Kinne. With Bradford reportedly still nursing a torn ACL suffered last August, and Tebow possessing more fine-tuned skills than Barkley (especially in running the ball), Tebow will probably act as a third-string QB. According to Woody Paige, a sports columnist for The Denver Post and a regular panelist on ESPN, the Eagles could especially find value in Tebow if the NFL implements the two-point conversion proposal submitted by Philadelphia. This is because Tebow is known to have a strong running game, probably even better than his passing game, thus making him a fitting candidate to lead in running plays.

Despite the criticisms about Manziel and Tebow’s struggles with passing the ball, which is said to be the reason why they’ve both struggled to be pros, quarterbacks like Cam Newton, Colin Kaepernick and Russell Wilson have proven that it is possible to be impactful by making plays with their legs. Therefore, whereas Cleveland tends to rely more on pocket passing plays and Manziel could struggle with such a system after he operated mostly in spread offense at College, Coach Kelly’s fast-paced, run-heavy system could easily see Tebow have considerable success in 2015. Tebow’s success should particularly be accentuated now that the Eagles a proven gem in RB DeMarco Murray (NFL’s best running back in 2014), hence the Eagles are more likely to focus more on running the ball than passing it.Still, Manziel equally has a decent probability of improving, and considering he has a better chance at getting more play time (because of the less-crowded competition at Cleveland), 2015 could be a good year for Johnny Football. For Tebow, the crowded competition at Philadelphia in the QB position is the wild card about his efficiency. If Tebow gets sufficient game time, then I’d bet on the man who took the Broncos to the divisional round in 2011 to be more resourceful than Manziel. But if he is limited to the bench, then Manziel would be the better pick.Either way, Tebow and Manziel are both polarizing players, so their presence in the league in 2015 should attract some great buzz and a feel-good aura in their respective teams, which could in turn lead to some positivity on the field. SourcesSportsWorldReport.com (http://www.sportsworldreport.com/articles/50879/20150515/houston-texans-rumors-brian-hoyer-starts-over-ryan-mallett-jaelen-strong-kenny-hilliard-help-arian-foster-deandre-hopkins-offense.htm)NFL.com (http://www.nfl.com/news/story/0ap3000000492010/article/browns-oc-john-defilippo-high-on-johnny-manziel)
Older post
Newer post