NFL News and Rumors
Hit The Road Jack….and Don’t Ya’ Come Back No More, No More, No More, No MoreHit the road Jack and Don’t ya’ come back no more!– Legendary Entertainer Ray CharlesMaybe it’s me, (well…actually…a lot of Fins fans feel the same way) but I’m going on record right now to say that the floundering Miami Dolphins (8-8 SU, 7-9 ATS, 8-8 O/U) need to take heed to the aforementioned lyrics from legendary entertainer Ray Charles and part ways with run-of-the-mill head coach Joe Philbin and – in my estimation – equally ordinary quarterback Ryan Tannehill in the worst way! 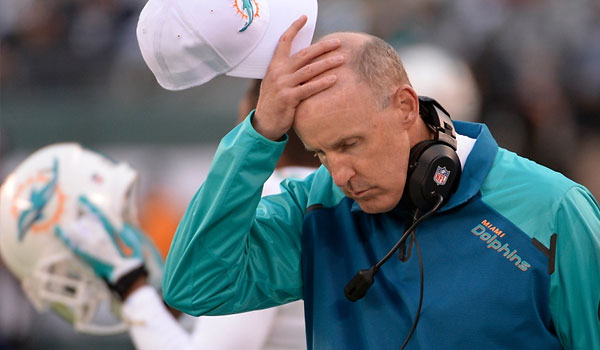 Before we take a look at Miami’s Super Bowl Odds and the Dolphins’ chances of potentially cashing in on them in them, let’s take a look back at just how the Fins fared in 2014 before offering up some views on Miami’s near future prognosis.

Miami finished with what looks like a respectable 8-8 SU record last season, but in reality, Miami’s .500 record this past season was the second consecutive crash-and-burn campaign in which they fell completely apart down the stretch to miss out on what looked like a great chance to reach the postseason.The GoodAlong the way, the Fins got a trio of outstanding seasons from Pro Bowl cornerback Brent Grimes, defensive end Cameron Wake (11.5 sacks) and underrated running back Lamar Miller (1,099 yards). 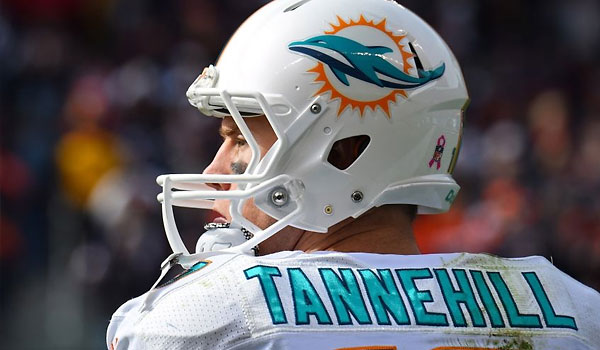 The BadDespite their seemingly respectable defensive statistics, it should also be noted that Miami ranked a pitiful 24th against the run, not to mention the fact that their mediocre offensive statistics that saw them finish 12th or lower in almost every meaningful offensive category.Even more disturbing in my estimation is the fact that while quarterback Ryan Tannehill has shown some slight progress since being drafted by the Dolphins with the eighth overall pick in the 2012 NFL Draft, I still don’t think he’s the franchise signal-caller the Dolphins have been looking for ever since the legendary Dan Marino retired over a decade ago.While Miami’s still fairly young signal-caller finished the 2014 regular season with a stellar 4,045 passing yards, Tannehill also tossed five costly interceptions over the Dolphins’ final six games (2-4 SU) to miss out on the postseason after putting themselves in great position to compete for a playoff berth late in the season. Miami was held to 16 points or less in three of their final five games and six times in total over the course of the regular season.The UglyThere’s no other way to say it…Miami’s defense was absolutely ‘ugly’ as they completely collapsed down the stretch. The Dolphins gave up 28 points or more in dropping three of their final four games and four of their last half-dozen overall. The Dolphins gave up 35 points or more in each of their final three regular season games, including matchups against rebuilding Minnesota and a mediocre Jets team. 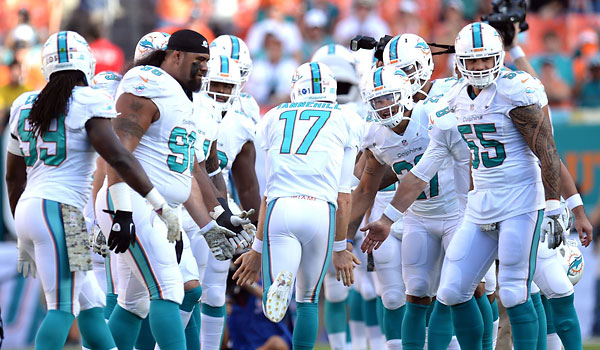 Urgent NeedsDefense – Outside of Wake, Grimes and probably Courtland Finnegan, Miami suddenly needs help at every level of its defense. I think the Fins need to address their defensive tackle and linebacker positions first and foremost.After that, the Dolphins should probably address their underwhelming play down the middle of the field. However, I believe that the Dolphins could have something with youngsters Jimmy Wilson and Reshad Jones, though both are raw and inexperienced.Moderate Needs Wide Receiver – The Dolphins could have huge problems at the wide receiver position with veterans Mike Wallace and Brian Hartline.In the case of Wallace, the talented speedster could be jettisoned after his self-imposed benching in Miami’s regular season finale. Reports say that Miami’s front office is preparing to part ways with Wallace – and that’s okay if you ask me, because Tannehill’s arm isn’t strong enough to hit him deep anyway.Hartline is almost assuredly done wearing Miami’s teal and orange seeing as how he lost playing time to young receiver Jarvis Landry and the Dolphins could save $3.15 million by cutting him.Running Back – I personally like Lamar Miller and his career, 4.6-yard-per-carry average shout that he could be a monster performer with more carries. Still…when you have a chance to nab players like Melvin Gordon, Todd Gurley or one of my personal favorites, Ameer Abdullah, I believe the Fins have to take the chance. 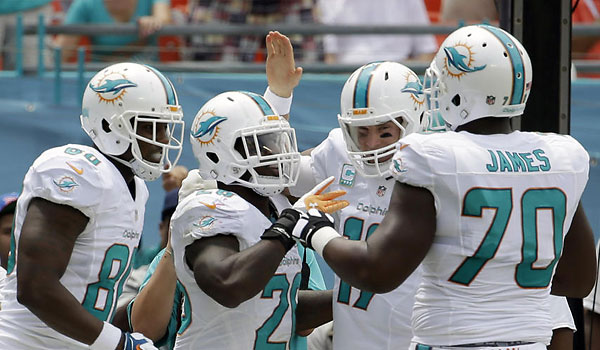 Low NeedsIf the Dolphins insist on sticking with Tannehill (they do), then they certainly need a couple of serviceable backups, including one that could potentially become much more some day in the near future.Veteran Matt Moore is likely to leave Miami in search of a better deal and possibly another chance to start again. That would leave the Fins without a backup, but I see some quick remedies to solve this issue.

First, the Dolphins could add a serviceable backup in free agency, before drafting a young signal-caller they can coach up in the hopes that he could one day challenge Tannehill for the team’s starting job. I love former UCLA star Brett Hundley and Baylor’s Bryce Petty and both should be available for the Dolphins, even in the second round. 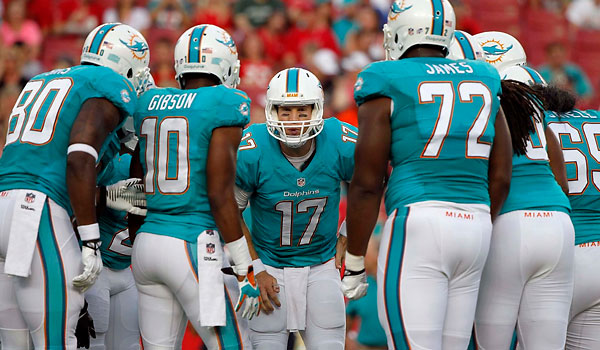 At 45/1 or +4500, Miami is tied with the Texans, Chargers and Giants in their chances to win it all in next season. However, I think the NFL oddsmakers are just a bit off, seeing as how Miami is favored to win it all over AFC teams like Kansas City and Buffalo, two teams I expect to perform better than Miami next season.

Joe Philbin has not been able to lead Miami to a record better than the 8-8 mark they have recorded in each of the past two seasons and I just don’t see the Dolphins besting that mark in 2015 because of all of the issues they need to address, not to mention the fact that all three of their division rivals could be much-improved from this past season.Miami went 7-9 ATS this past season, including an underwhelming 3-5 ATS at home. The Dolphins were also just run-of-the-mill against the O/U Total, going 8-8 for the season. 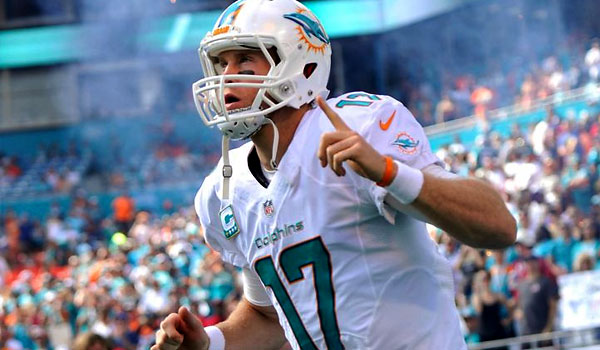 In spite of having just the 17th strongest schedule in the league next season, I say NFL football fans and gambling enthusiasts can expect another season of mediocrity in Miami in 2015 and that expecting anything else is expecting too much.I like the Dolphins to finish somewhere right around 8-8 SU for the third straight season and right around that same figure against the spread. Right now, Miami is mired in mediocrity and unless they make some significant changes this offseason, I think expecting more than eight wins is a bit of a stretch.
Older post
Newer post