NFL News and Rumors
If you’re a football fan or avid NFL betting enthusiast that wants to know what’s in store for Teddy Bridgewater and the Minnesota Vikings (7-9 SU, 10-6 ATS, 6-10 O/U) as they get set for the upcoming 2015 season, then you’ve come to the right place. Thanks to this mybookie.ag original analysis on the top five questions surrounding the Vikes, you’re going to have a great chance to cash in on Minny all season long.With that said, let’s get started.

Is Teddy Bridgewater the real deal?

Of course he is!It’s absolutely hilarious now that Bridgewater dropped to the 32nd and final pick in the first round after being mentioned his entire final season at Louisville as a player that could go No. 1 overall – all until his poor showing at the 2014 NFL Combine that is.Well, one man’s trash is apparently another man’s treasure with Minnesota not only drafting him, but eventually making him their unquestioned starter. Bridgewater completed an impressive 64.4 percent of his passes for 2,919 yards with 14 touchdowns and 12 interceptions in a dozen starts, but, like Seattle’s Russell Wilson, statistics don’t tell the whole story on Bridgewater.

No, the 22-year-old Bridgewater is mature beyond his years and makes smart, quick and accurate decisions with the ball. According to statistical web site Pro Football Focus, Bridgewater had the highest accuracy percentage in the National Football League in 2014 when he was under pressure. If that doesn’t say it all about Bridgewater, then I don’t know what does.

What’s up with Adrian Peterson?

It’s quite simple really. Peterson and more importantly as my sources tell me, his wife, are pissed about what they perceive as mistreatment from those within the Vikings organization while he was in the midst of his child abuse drama last year. As the age-old saying goes…if mama ain’t happy, nobody’s happy!

Who else plays running back?

Former Georgia Southern running back Jerick McKinney had a fin rookie season in 2014, rushing for 538 yards while averaging a stellar 4.8 yards pr carry. Fourth-year back Matt Asiata backs up McKinney and he’s solid as a dual threat back.

Will Adrian Peterson drama be a distraction?

Of course it will.It’s a damn shame, but I can see Peterson’s drama having an effect on the entire Vikings team if they don’t finally put the problem to bed. Unfortunately, the two sides are not going to come to any sort of resolution any time soon if you ask me. 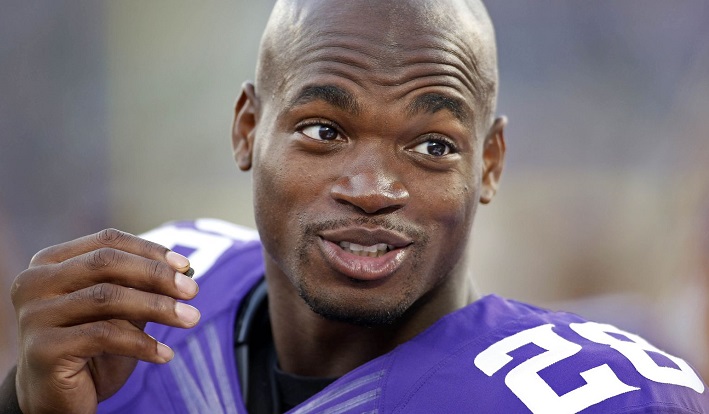 Peterson wants to bolt – and the Vikings don’t want to let the future Hall of Fame back bounce, no matter how much it hurts both parties. I say the Vikes should have traded Peterson for as much as possible, but hey, that’s just me.

Can the defense improve?

Minnesota finished a very solid 14th in total yards allowed, thanks mostly to their stellar seventh-ranked pass defense (223.7 ypg). Unfortunately, the Vikes also finished 25th against the run, so some upgrades along the front seven were in order this offseason.To that end, Minnesota nabbed cornerback Trae Waynes with the 11th overall pick in the draft before adding linebacker Eric Kendricks and defensive end Danielle Hunter in the next two rounds. No-nonsense head coach Mike Zimmer is one of the best defensive minds around, so yes, I expect Minnesota’s defense to improve in 2015 and beyond.Sources:NFL.com (http://www.nfl.com/player/mattasiata/2495258/profile)Wikipedia.org (https://en.wikipedia.org/wiki/Mike_Zimmer)
Older post
Newer post