NFL News and Rumors
Early in MLB bettingthe 2015 season, St. Louis Cardinals ace Adam Wainwright injured his Achilles tendon while batting and is going to miss the remainder of the year. Immediately, the calls started coming for the National League to adopt the same designated hitter rule as the American League. After all, there are several reasons why the American League adopted the rule: pitchers simply can’t hit as well as position players, and so the DH would add offense and keep some pitchers off the disabled list.And aren’t those people who like seeing pitchers bat simply romanticists looking back at the early days of the game? A lot of the other rules that governed the game back in the 1800s have gone by the wayside, though. Originally, the pitcher stood 45 feet from home plate, not 60 feet 6 inches. You used to get a runner out if you could hit him with a thrown ball. Now that would start a bench-clearing brawl. And shouldn’t the leagues be uniform?

Our answer is a resounding “No.” First of all, while it’s true that baseball is the only major professional sport in which half the teams play under one rule and the other half play under a different one.  It seems to favor the NL when the chips are on the line between teams from the two leagues (go back and watch Ron Washington’s decisions in the late stages of Game 6 and 7 of the 2011 World Series if you don’t believe me), but it also makes for drama like no other. You even get oddities like what we saw in the World Series between Minnesota and Atlanta in 1991, when Twins skipper Tom Kelly became the first to send a pitcher in to pinch-hit for another pitcher when he put Rick Aguilera, whom he planned to have pitch the next inning, because he was out of position players on his bench, and Aguilera had a slightly better career batting average than the pitcher before him. Aguilera struck out, but the spectacle was still interesting to watch.Also, occasionally a pitcher gets to completely dominate the game. Early in 2015, Madison Bumgarner not only outpitched Clayton Kershaw, but he also smacked a solo home run against the 2014 Cy Young Award winner. And even though pitchers can’t hit as well as position players, by and large, they can still hit fairly well. Even if you think it’s funny to watch Bartolo Colon to rumble into second, the fact that he can knock a double into the left-center gap is still worth watching. 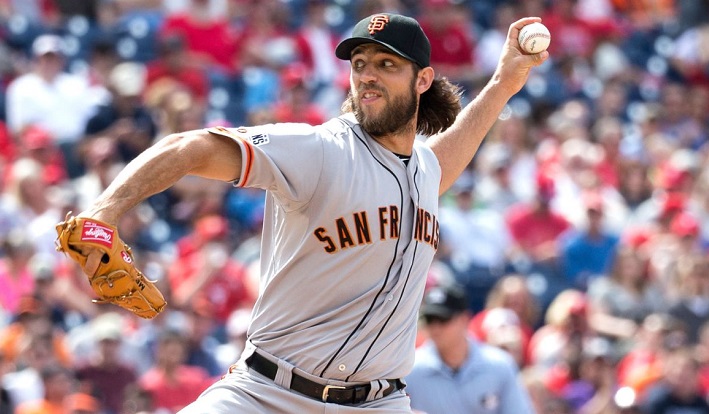 If you want to make things uniform, then, why not take the designated hitter out of the American League – but add one spot to rosters? This way pitchers could bat, but those 16 designated hitters in the American League wouldn’t lose their jobs (and we know how the union would fight to protect every position). Why have people on rosters who can’t play the field? This is one of the best objections to the designated hitter rule – the fact that these sluggers aren’t having to play the entire game.For those who complain about the reduction of offense this would bring, it’s also worth noting that games would likely be shorter – and length of play is another common complaint. We like the difference between the leagues, though, and see no reason to make the sport homogeneous at all.
Sources:Baseball-Reference.com (http://www.baseball-reference.com/managers/kellyto01.shtml)ESPN.go.com (http://espn.go.com/mlb/player/_/id/29949/madison-bumgarner)
Older post
Newer post