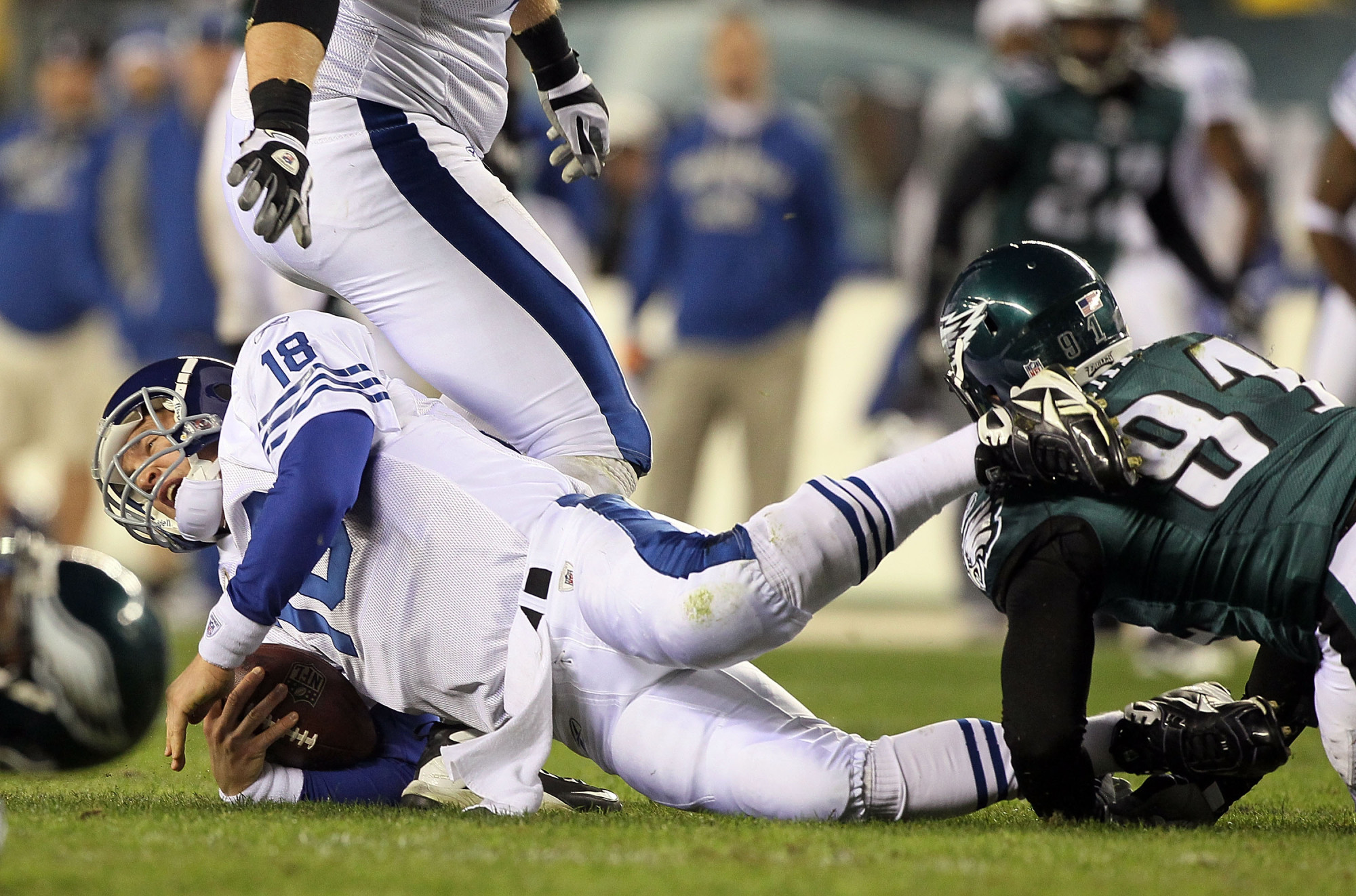 NFL News and Rumors
The Indianapolis Colts will host the Philadelphia Eagles in the final game of week 2 on Monday Night Football. The Eagles overcame a disastrous first half where their quarterback Nick Foles turned the ball over three times, and the team fell behind by 17 points. They managed to find their composure and scored 34 unanswered points to win the game and cover the 11 point NFL game spread.The Colts faced their old quarterback Peyton Manning in Denver, and fell behind by 24 points early in the game. The Colts two time Pro Bowl quarterback Andrew Luck, who is famous for leading his team back from huge deficits almost pulled off another comeback, but the team fell short by one touchdown. While they were able to cover the spread against Denver, the Colts will be trying to avoid falling to 0-2 when they play the Eagles on Monday.

The Eagles will need to take good care of the ball against the Colts who have an offense that can put up a lot of points if given the opportunity, they need to establish the run early with Lesean McCoy and Darren Sproles, which will open up the passing game for Nick Foles. Against most teams, the injuries to their offensive line might be a liability, but the Colts pass rush wasn’t effective against the Broncos, and they lost their best pass rusher Robert Mathis for the season, so Foles should have a lot of time whenever he drops back.The Colts need to attack the Eagles secondary which was one of the worst in the NFL last season, Reggie Wayne looked good on Sunday night, which was his first game back from the season ending injury he sustained last season, and Hakeem Nicks also played well against the Broncos. If the two of them can play as well as they did against the Broncos, they will create some matchup problems for the Eagles defense, they also need to improve their ground game, which was ineffective against the Broncos. The Colts defense needs to find a way to contain the Eagles running game, so Nick Foles will be forced to throw the ball a lot, which could lead to some turnovers for them.

The Colts are the favorites at -3The Total for this game is 54 points.There are some things you need to consider if you are interested in Monday Night Football betting, the Colts cannot afford to fall to 0-2, because since 1990, only 13% of the teams that fell to 0-2 have made the playoffs, and they also play in a tough division this year, and can’t afford to fall further behind the Tennessee Titans and Houston Texans, who won their games on Sunday.The Eagles looked good last week, but played against the Jacksonville Jaguars, who aren’t exactly the toughest team in the league, so they haven’t been tested, while the Colts went into a hostile environment and almost pulled off a win against the defending AFC Champions.

The Colts are the better team entering this matchup, they are playing at home and they also know what is at stake if they fall to 0-2, which is why I think they offer great value for NFL Gambling Fans I also like the over in this game, because both offensives will likely put up a lot of points.
Older post
Newer post