NFL News and Rumors
Sure, today’s NFL acronym may stand for No Fun League, but let’s be honest for a minute football fans and NFL betting enthusiasts, were it not for the multitude of colorful characters and their often perfectly-picked nicknames, the NFL would likely be without much of the ‘fun’ that has helped it become the most popular sport in North America.This fun-filled look at the Top 10 NFL player nicknames of all-time will give gridiron gaming enthusiasts the ‘football fix’ they need this offseason.With that said, let’s rock and roll. 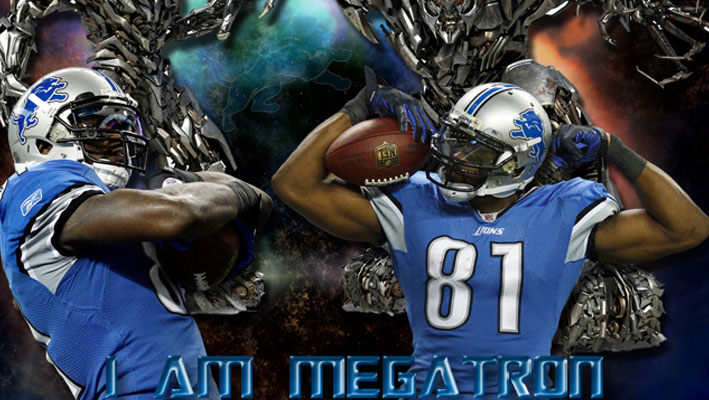 Johnson has been terrorizing opposing defensive backs for the Detroit Lions since 2007 and nearly became the first wide receiver to record a 2,000-yard receiving campaign when he set a new league record with 1,964 yards in 2012. Johnson is truly deserving of being named after the famed Transformers’ No. 1 ‘bad guy’. 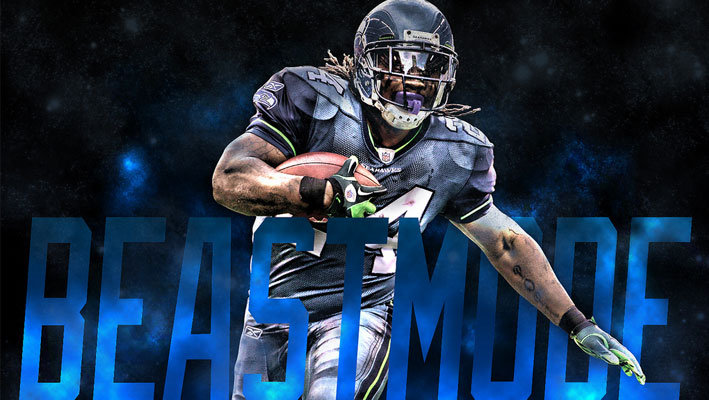 Besides reporters that have to interview him and defenders that are trying to tackle him, who doesn’t like a little Beast Mode in their life? Marshawn Lynch has truly earned his original nickname by running over, through and around defenders for the Seattle Seahawks since 2011 and shows no sings of slowing down in rushing for at least 1,200 yards in four straight seasons. 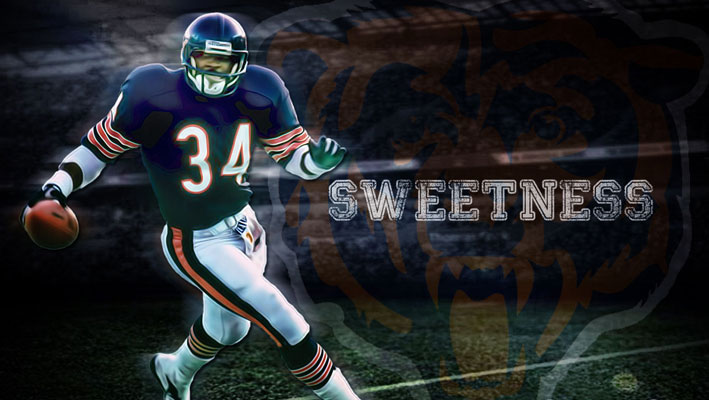 Walter Payton was absolute ‘sweetness’ in motion as he routinely made one spectacular play after another in leading the Chicago Bears to their last Super Bowl title back in 1985. Payton was faster than a speeding bullet, more powerful than a locomotive and definitely able to leap dazed defenders in a single bound. Ah…I remember the days…

You may not be old enough to remember Dick ‘Night Train’ Lane, but that’s okay…let me give you the scoop on this famous Hall of Famer. Lane was an instant hit in the NFL as he picked off an insane 14 passes as a rookie for the Los Angeles Rams in just 12 games in 1952. He went on to star for the old Chicago Cardinals for six seasons from 1954-59 before going on to achieve his biggest success with the Detroit Lions for another half-dozen seasons. Lane was a great cover corner with outstanding speed, but was more known for his nearly unrivaled hard-hitting ways. Lane made seven Pro Bowls and retired with an impressive 68 career interceptions before being inducted into the Hall of Fame. 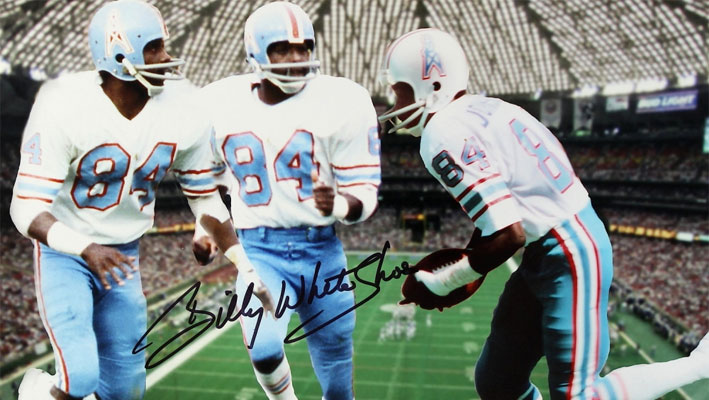 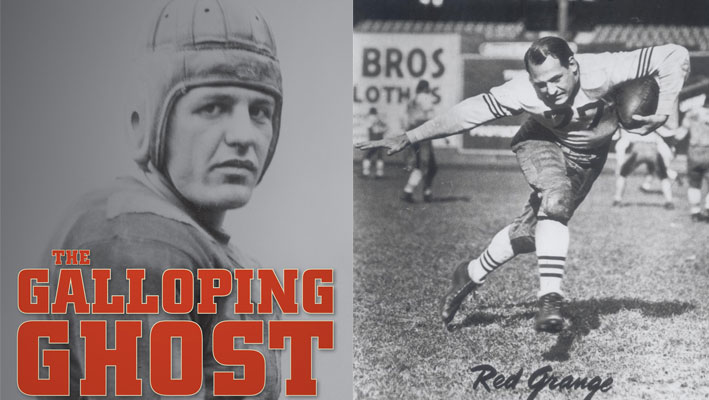 While Grange earned his nickname for destroying the competition as a running back at the University of Illinois, he did also star in the NFL, although it was for just seven seasons. Grange was a two-time NFL Champion (1932-33) and member of the NFL’s 1920s all-decade team.DYK Moment! Did You Know that Red Grange is an original inductee of both, the College Football Hall of Fame (1951) and NFL Hall of Fame (1963)? 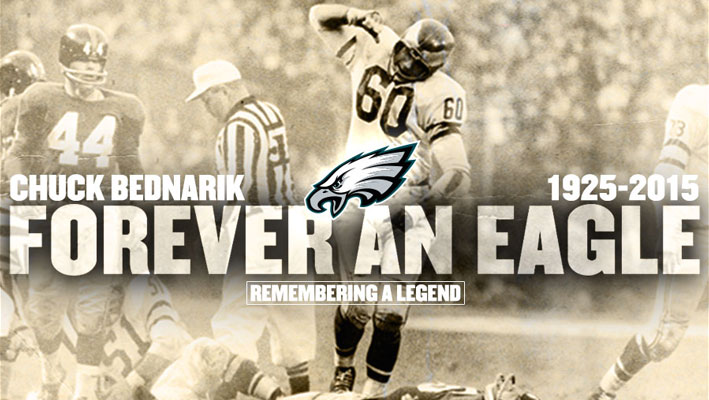 Legendary Philadelphia Eagles’ superstar Chuck Bednarik earned his nickname by routinely laying out opposing offensive opponents while playing linebacker for Philly an is best remembered for his infamous hit on former Giants quarterback Frank Gifford.DYK MomentDid You Know that legendary Philadelphia Eagles’ superstar Chuck Bednarik is the NFL’s last full-time two-way starter?once played in and all I can say is that I wouldn’t want to piss off any guy named ‘Concrete Charlie’ 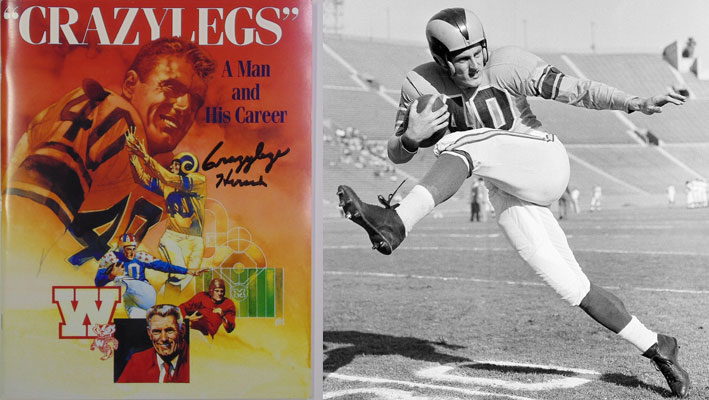 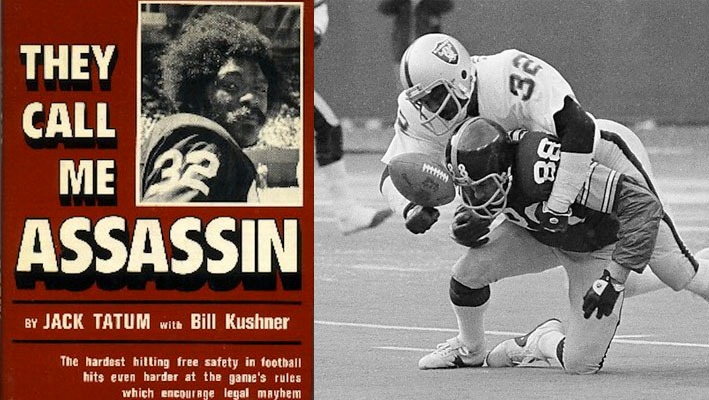 I personally don’t like Jack Tatum one bit and I’ll go to my grave believing that he intentionally mean to hurt former New England Patriots wide receiver Darryl Stingley when he ended up paralyzing the Pats star in a meaningless preseason game almost 40 years ago.Still, I can not tell a lie…the nickname ‘Assassin’ is pretty damn cool even if it did belong to a guy that I wasn’t very fond of. 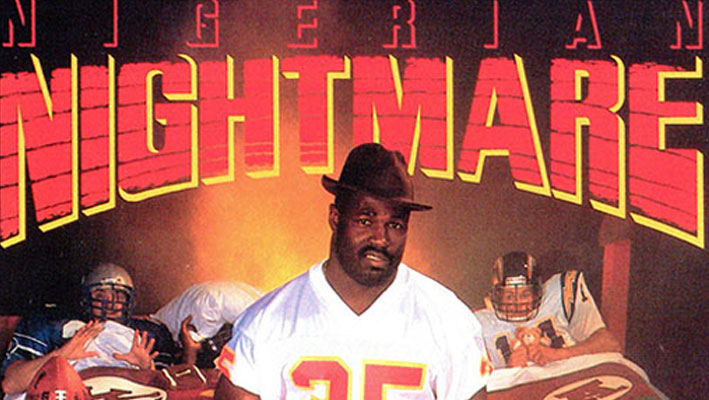 Look, all I’m gonna’ say is that Christian OKoye stood 6-feet-1-inch and weighed an imposing 250 pounds and was an absolute ‘nightmare’ for opponents trying to ring down the when he played for the Kansas City Chiefs in the late 1980s and early 90s. Okoye ended up as a two-time Pro Bowl selection that led the NFL in rushing in 1989 with an impressive 1,480 yards. Sources:YahooSports.com: http://sports.yahoo.com/nfl/players/8266/Pro-football-reference.com: http://www.pro-football-reference.com/players/P/PaytWa00.htm
Older post
Newer post