NFL News and Rumors
Over time, some of the most outrageous stories have emerged from play in the National Football League. If you think that DeflateGate was the first ridiculous scandal to break out in the sport, then read on. Here are two urban legends that bamboozled NFL betting observers in years past.In the 1970s, more than a few NFL teams had players that also filled other important roles do the punting as well. The Dallas Cowboys had backup quarterback Danny White punting as well – a job that he kept after Roger Staubach retired and White became the starting quarterback. In fact, in one game, White’s ribs were too badly hurt from a big hit for him to play quarterback, but he still punted – and he even ran for a first down on a fake punt, thinking that the opposition wouldn’t think a fake was on with White wearing a lot of padding under his uniform to protect those ribs.  The Oakland Raiders, though, were the first to select a specialist punter when they brought Ray Guy to town. The Raiders were a rowdy bunch in the 1970s who were among the best in the AFC – both on the field as well as in nightclubs on Saturday nights. However, in a game against the Houston Oilers, the Raiders were accused of using helium-filled footballs for their punts.Guy was known for punts and kickoffs that would hang up in the sky for what seemed like forever, making returns almost impossible. On November 13, 1977, the Raiders beat Houston 34-29. Guy’s three punts that day only averaged 35.7 yards in distance. Guy kicked off seven times as well, but star returner Billy “White Shoes” Johnson could only return one punt and one kickoff. To add intrigue, the Raiders had asked for a new football before every punt, and Houston equipment manager snagged two balls – one that Guy had used, and one that had been in play. Guy’s football was discolored just a bit. The Raiders asked for the Guy ball back, but Houston’s equipment manager wouldn’t give it back. 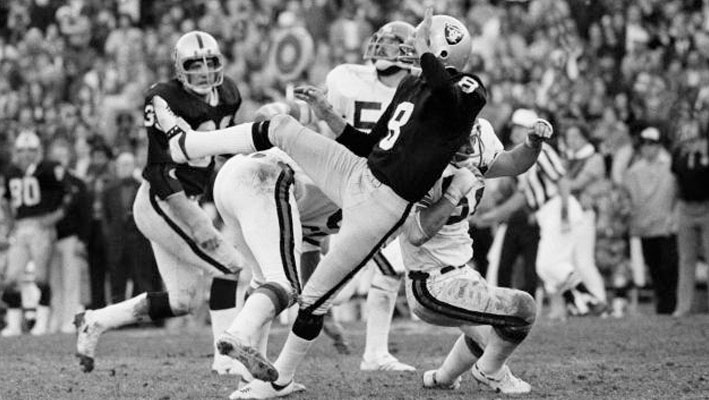 While some morning hosts on Houston’s KPMC did some informal testing and found that balls filled with helium traveled father than regular ones (a conclusion that the show “Mythbusters” would debunk in 2009, testing did conclude that the balls Guy kicked had no helium in them.Another urban legend involved the great Bo Jackson, whose tremendous two-sport career was derailed by injuries. He powered both the Kansas City Royals and Oakland Raiders to some terrific finishes. However, the biggest urban legend around Jackson involved the 1986 combine, where he was said to have run a 4.12 40-yard dash, which would have been the fastest in league history – and would have made him the fastest runner ever. 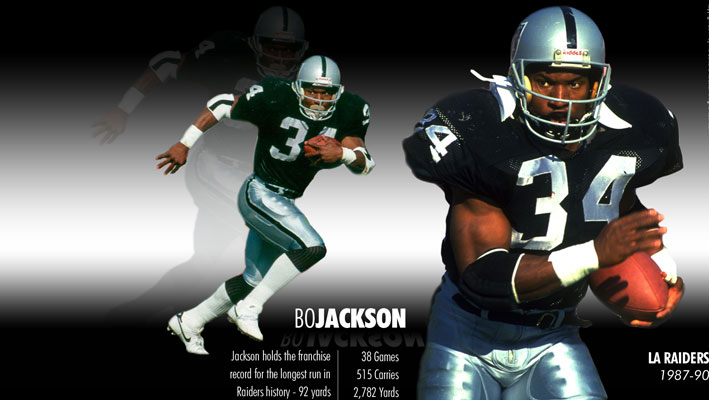 What we do know is that scouts wrote down a 4.12 time in the 40-yard dash and spread that to the media. However, the Bergen Record reports that Jackson didn’t even show up for the 1986 combine. The fact that Willie Gault, known as one of the fastest NFL sprinters of all time, only recorded a 4.36, makes the time hinky. Also, the timing practices of the day were a little bit off. Some colleges had 40-yard tracks that weren’t quite 40 yards, and many of these official workouts took place under wraps. A stopwatch error is much more likely than Jackson actually running that fast. Sources:NFL.com: http://www.nfl.com/player/billyjohnson/2517778/profileESPN.com: http://espn.go.com/nfl/story/_/id/12859728/bo-jackson-brian-bosworth-reunite-recall-1987-raiders-seahawks-game
Older post
Newer post