NFL News and Rumors
When the NFL opens the 2015 season, Week 1 offers a number of entertaining matchups. Let’s take a look at the ones you are most likely to want to DVR.On Thursday, September 10, the league kicks off its season as Pittsburgh travels to New England for a prime-time tilt. This game is still too difficult to call from a football betting standpoint because no one knows what is going to happen with Tom Brady’s suspension. It’s true that commissioner Roger Goodell upheld Brady’s four-game suspension, which means that Jimmy Garoppolo is set to start the game under center, but the NFLPA has taken things to federal court. While New York judge Richard Berman wants to get things settled before the season begins, no one knows right now who will be at quarterback. Brady is allowed to practice and take part in team activities, so the team is preparing to have him start. If the Pats have to send a backup out there you have to like the Steelers’ chances, but if Judge Berman rules in the Pats’ favor, it’s hard to see the Steelers overcome what would be an energized team and a raucous crowd.

In the early Sunday games, one game that stands out sees Green Bay heading to Chicago. Much has been made in the press of Bears quarterback Jay Cutler’s fresh mindset, and so it remains to be seen if he can overcome his propensity for making awful mistakes at the absolute worst time for his team. Meanwhile, the Packers still have that last-minute loss to Seattle in the NFC Championship hanging over them. Will the Packers be focused, with a chip on their shoulder? Or will they have that hangover with them? Will new Chicago coach John Fox have his charges ready to run roughshod over the predicted winner of the NFC North?In the second game of the afternoon, I’ll be watching the Titans and the Buccaneers, as the #1 and #2 draft choices may well be starting against one another: Jameis Winston at quarterback for Tampa and Marcus Mariota under center for Tennessee. Many experts are predicting that Winston will at least get off to the better start because the offense he ran at Florida State was much more like a pro set than what Mariota ran as an Oregon Duck. However, the true results never appear until you take the field, and I am interested to see what both teams can put out there. 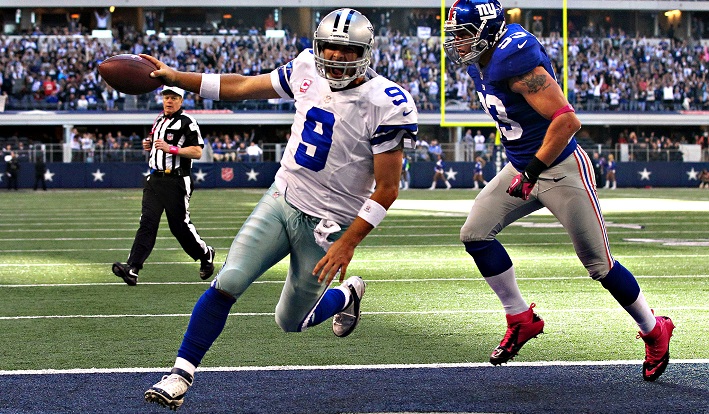 Sunday night features the New York Giants heading to Texas to take on the Dallas Cowboys. The Cowboys have only beaten the Giants one time at their new home (AT&T Stadium) since it opened its doors. The Cowboys will feature their dominant offensive line once again but are missing Offensive Player of the Year DeMarco Murray, who is now an Eagle. The Giants are likely to be missing defensive stalwart Jason Pierre-Paul, who lost a finger in a fireworks accident this summer.On Monday night, the Eagles travel to Atlanta, and the Vikings head to San Francisco. While I’m curious to see Sam Bradford for the Eagles, I’m even more curious to see how Teddy Bridgewater and Adrian Peterson work together in that Viking offense. The 49ers have gone through a lot of off-season turmoil, and I’m interested to see if the Vikings can take advantage.Sources:Wikipedia.org (https://en.wikipedia.org/wiki/Marcus_Mariota)NFL.com (http://www.nfl.com/player/sambradford/497095/profile)
Older post
Newer post