NFL News and Rumors
If you’re either a longtime NFL gridiron gambler or a prospective new one and you’re looking for more ways to cash in than ever, then you’re in for a treat! Mybookie.ag brings you the top 5 tips for successful NFL betting, let’s get you well-armed with expert information for this 2015 NFL betting season.

Looking at each team’s recent home and away, straight up (SU) and against the spread (ATS) plays are a definite must for NFL bettors across the globe. For instance, let’s say that one team has been on a red-hot ATS roll on the road and they’re visiting a team that has been mediocre at best when it comes to covering the spread at home. For that particular contest, you may want to consider betting on the road team to cover. However, if you’re betting on a game that features an ice-cold road team against a team that consistently covers the spread at home, then you’d likely want to back the home favorite. Keep in mind that there are other factors that will come into play besides home and away play, but that is undoubtedly one of the key routes to making a wise NFL wager. Just so you know, home team won 57.5% of the time in 2014 (153-113-1) although they covered the spread just 48.6 percent of the time (127-134-6). Home favorites won 68.1% of the time last season (124-58-1) but covered the NFL betting line just 47.4% of the time (85-94-4). Away favorites went 55-29 SU last season (65.4%) and 40-42-2 ATS (48.7%).

I’m a big believer in ‘Hot or Not’ trends and you should be too. If you’re wagering on a game in which one team has been ice-cold when it comes to covering the spread recently against one that has been cashing in consistently against their NFL betting lines, then it doesn’t take a rocket scientist to figure out which team stands the best chance of covering the NFL betting line. Again, while there are certainly other factors you need to look at, some simple Hot or Not ATS analysis is a great way to start formulating winning NFL wagers.

Once again, it doesn’t take a NASA rocket scientist to figure out that knowing who’s injured and who’s healthy is a crucial part of being a successful NFL betting aficionado. For instance, let’s say that you don’t know that one team’s starting left tackle is out of the lineup because of injury and you’re expecting that team’s quarterback to have his ‘normal’ protection when he drops back to pass. Well, now, that same quarterback has taken a couple of blind-side hits because of an inexperienced replacement at left tackle and now your idea of what was going to transpire in that game is trashed. Make sure you know who’s on the field, who’s not and who’s a bit banged-up for every NFL game you wager on… It’s that simple! 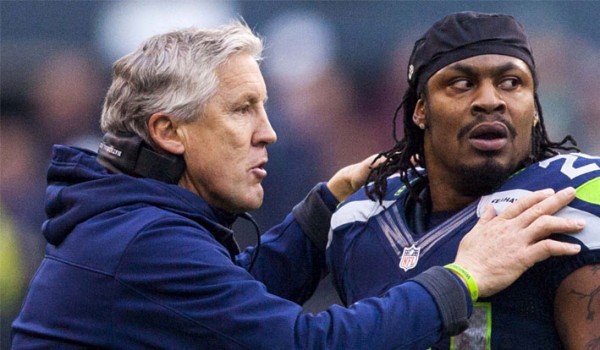 Coaching comes into play far more in the NFL than it does in basketball and you should know that an NFL head coach can either put his team over the top – or decrease their chances of winning – with a series of well-timed decisions. Having said that, every NFL head coach is not created equal and some just give their teams better chances of winning than their lesser talented counterparts. I mean, let’s be honest about it, team rosters aside, I’ve got a whole lot more confidence in betting on a guy like Green Bay’s Mike McCarthy than on Jacksonville’s Gus Bradley. Getting to know just how good each NFL coach really is, is an absolute must for both, experienced NFL gridiron gamblers and new pigskin bettors alike.

NFL fans everywhere know that when a team has a good quarterback, their chances of winning increase exponentially as opposed to having a starting signal-caller that plays like he’s blindfolded more often than not. Again, this is a simple NFL betting tip that even the most inexperienced NFL gambler should use when preparing to make his weekly wagers. If you’re wagering on a game involving one of the game’s elite quarterbacks like Aaron Rodgers, Drew Brees or Andrew Luck, then you’re likely going to have a great chance to cash in, depending on the other betting variables surrounding their respective games. If you’re wagering on an affair involving journeymen signal-callers like Ryan Fitzpatrick or simply mediocre starters like Geno Smith, then you may want to adjust your wager accordingly.       Now, take these five NFL tips all the way to the bank, mybookie.ag gridiron gamblers! And celebrate! Sources: NFL: http://www.nfl.com/teams/coaches?coaType=head&team=GB Odds Shark: http://www.oddsshark.com/sports-betting/point-spread-betting
Older post
Newer post