NFL News and Rumors
Those of you who root for the NFC Conference come playoff time will be delighted at the two teams that are left representing your side. The Arizona Cardinals and Carolina Panthers have already shown football odds fans that they have what it takes to win Super Bowl 50 this year, but they are going to have to go head to head for the right to compete for the Lombardi Trophy. The NFC Conference Championship game will go this Sunday, January 24 at 6:40 PM EST on Fox.

Since the Cardinals and Panthers have both shown that they can rack up the points, it’s no real surprise to see the game total set at 48 for this one. Is that number a little too high, or is it low enough that both of these great offenses will be able to surpass it? Let’s take a look and see.

If you look at the game totals that these two teams have been saddled with over the course of the season, you will see that they were very seldom put as high as the 48 they have to surpass this weekend. When it has been set high, both teams have routinely failed to cross the mark. The Carolina Panther defense proved, for 30 minutes at least, that they have the ability to close a very good offense down. They held the Seahawks off the board in the first half of the Divisional Game, and there is no reason to believe they couldn’t do the same to the Cardinals. Arizona and Green Bay both have great offenses, but they only combined for 46 points in the divisional game, and they needed OT to reach that mark. Since both teams are not really accustomed to being on a stage this big, there may be some nerves that could lead to offensive miscues. That may help keep the score low and turn this into an offensive struggle. 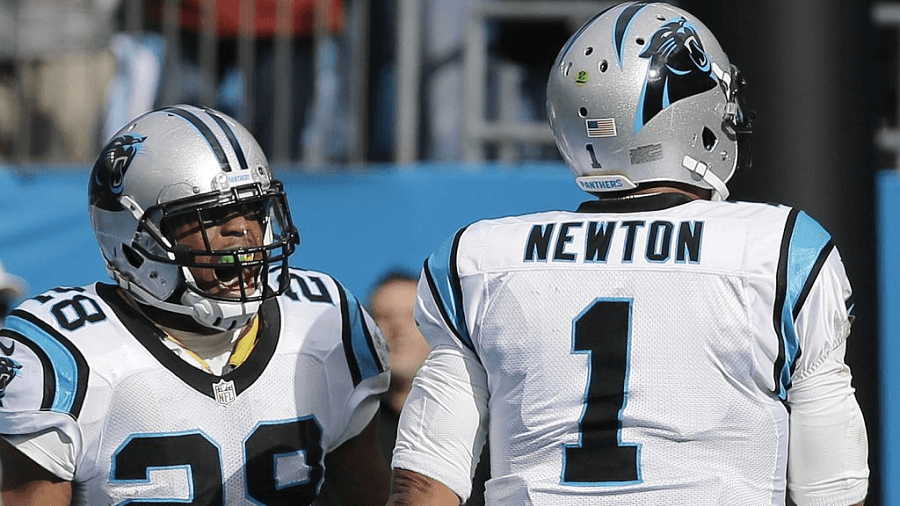 I spoke a little bit about nerves potentially getting in the way of a high scoring game, but I can actually counter my own argument. The Cardinals did look a little nervy at times in the game versus Green Bay, but some of that has to be down to the fact that Carson Palmer was looking for his first career playoff win. He has that under his belt now, which must lead to an increase in his confidence level. Similarly, the Panthers looked anything but nervous in their Divisional Game, and were up by 14 points before a lot of fans in the stadium had settled into their seats.

These two offenses have been playing at the top of their game this year, and both teams have great playmakers on the offensive side of the ball. I don’t see any way these guys can be contained for the full 60 minutes, which is why I like the OVER in this one.
Older post
Newer post