NFL News and Rumors
It is no secret that the Carolina Panthers are an offense-first team and the majority of their wins in the NFL lines this season have come as a result of their NFL-best offense. It is also no secret that the Arizona Cardinals finished the regular season ranked second-best in the offense, though Carson Palmer and his unit have been less-than stellar in their last two games. So what does all that mean for bettors looking to wager on the Cardinals @ Panthers NFC Championship clash on Saturday, January 24 (6:40 PM ET, CBS) at the Bank of America Stadium, Charlotte? Will Arizona get hot and find a way of outlasting Carolina, or will the Panthers continue in their red-hot offensive ways?Read on as we break down all that in the Moneyline (SU) NFL odds preview prepared for you below.

The last time the Cardinals faced the Panthers was in last year’s wild-card weekend, a game the Panthers won comfortably before getting knocked out in the divisional round by the Seahawks. A lot has happened since then, with the Panthers particularly playing arguably the best football in their franchise history. That said, the Cards haven’t been far behind in terms of improvement. Offensively, the Cardinals ended their regular season ranked first in the NFL in total yards, second in scoring offense and second in defending the run per DVOA. With such elements, Palmer and his stellar offensive weapons should be up to the task against Carolina’s defense that finished the regular season allowing 322.9 yards per game. Meanwhile, Arizona’s solid ability to stop the run will additionally make life difficult for Cam Newton and his backfield that loves to pound the ground. Added to the motivation of going 5-0 SU in their last five road games, you should be careful about writing off the Cardinals from pulling an upset this weekend. After all, the Cardinals lost just once on the road in the regular season, underlining the road-solid pedigree they bring into this tough but winnable matchup. 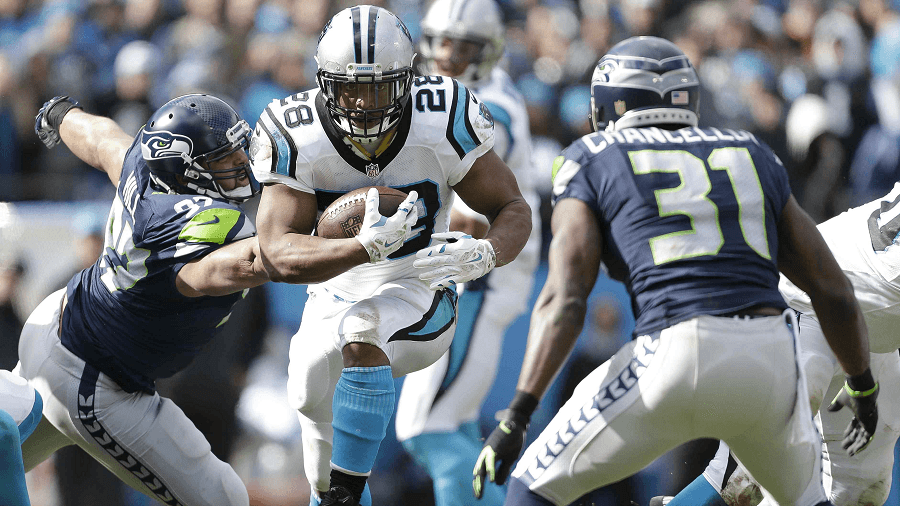 Going by the way they played against the Seahawks, you’d definitely agree that the Panthers are probably the most balanced unit in this year’s playoffs. Their first-half performance was as good as you get from a Championship team, as both the offense and defense showed poise and efficiency to take a commanding 31-0 halftime lead. And even when the Seahawks inevitably attempted a comeback in garbage time, the defense kept a cool head to see out a crucial win for the home team. Mind you, that was a 12 straight home win for the Panthers (including a 9-0 record this season). And then, there is elevated play of Newton (who combined for an NFL-best 45 TDs in the regular season), giving the Panthers a lot of mobility and offensive options. Newton wasn’t dominating with his passing game against Seattle’ Legion of Boom, as he finished just 16-of-22 for 161 yards and a touchdown. He, however, made the right plays and linked well with his runners, who combined for 144 yards and two touchdowns, led by Jonathan Stewart’ 106-yard, two-touchdown performance on just 19 carries. You can therefore expect this multi-talented Carolina offense to cause all kinds of problems to Arizona’s blitz-happy defense. On the other side of the ball, the Panthers’ improved defense (ranked No. 6 in scoring defense and No. 1 in forced turnovers during the regular season) should be more than capable of keeping the Cardinals off-balance.

Prediction and My Moneyline Pick